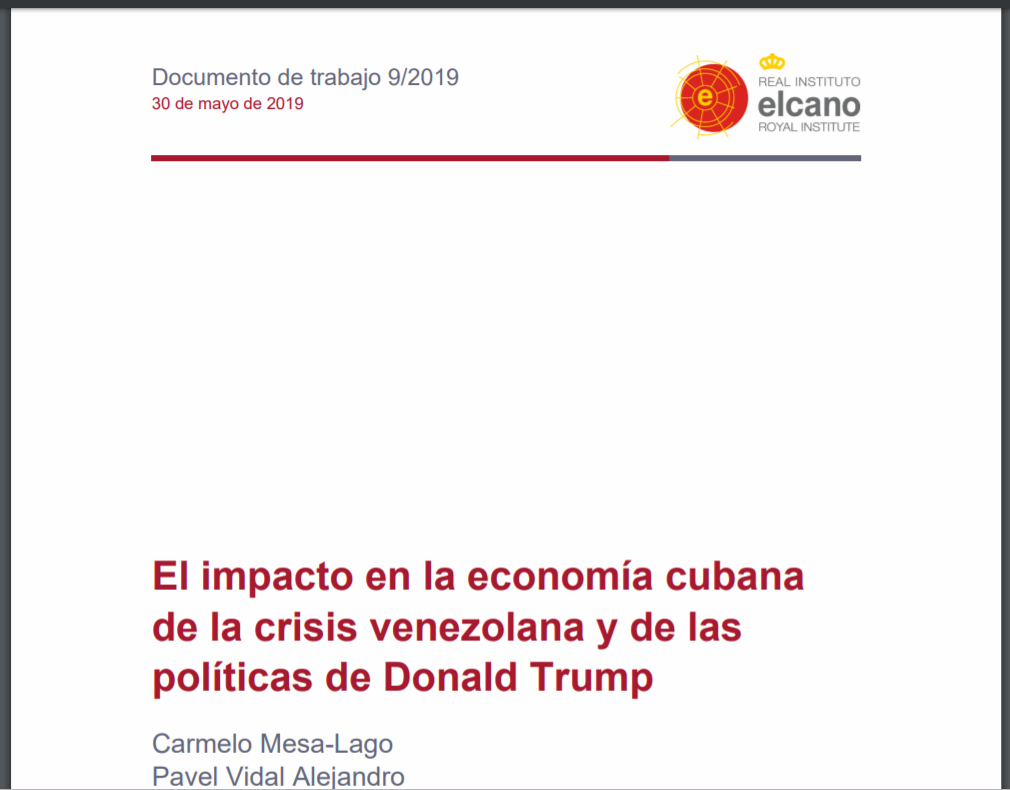 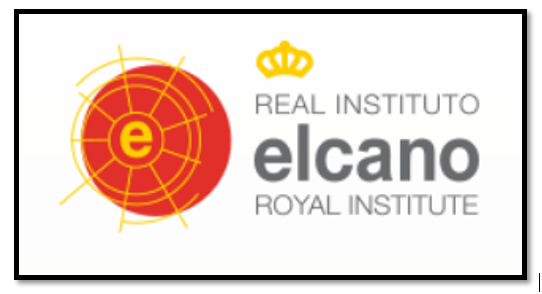 Cuba has historically endured an economic dependence on other nations that continues after 60 years of revolution. Dependence on the Soviet Union in 1960-90 led to its best economic and social situation in the second half of the 1980s, but the disappearance of the socialist world was followed in the 1990s by its worst economic crisis since the Great Depression. This Working Paper analyses Cuba’s economic dependence on Venezuela in 2000-19, as follows: (1) antecedents of the economic relationship between the two countries; (2) evaluation of the severity of Venezuela’s economic-social crisis; (3) evolution of Cuba’s trade relationship with Venezuela; (4) Trump’s measures against Venezuela and Cuba; (5) effects of the Venezuelan shock on Cuba; (6) is another Special Period in the offing?; (7) possibility of another country (Russia or China) replacing Venezuela; and (8) viable alternatives to Cuba. 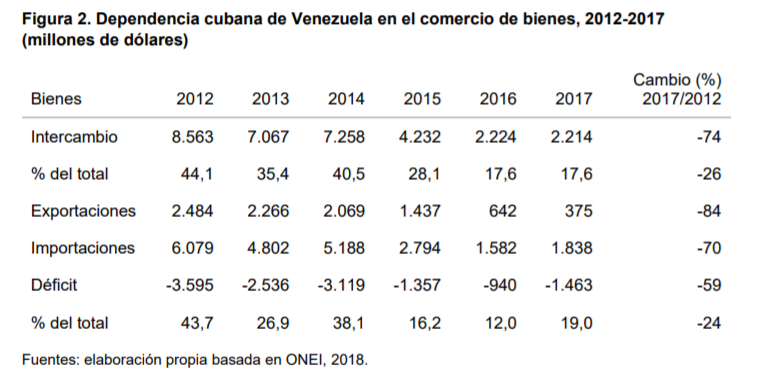 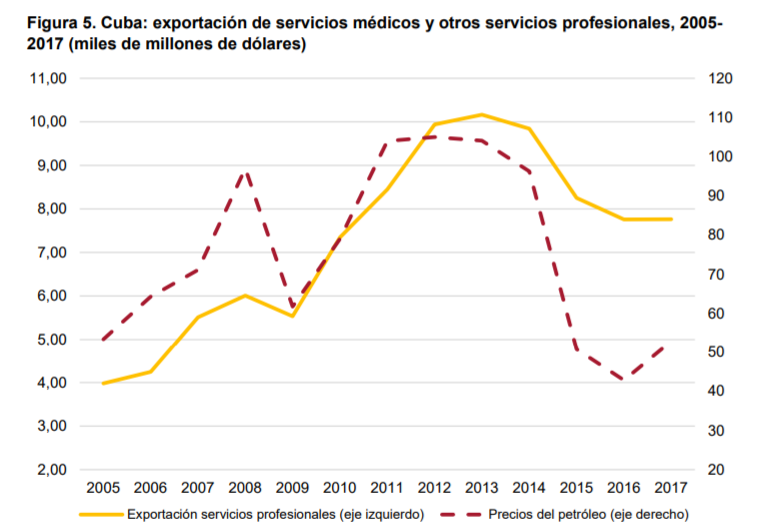 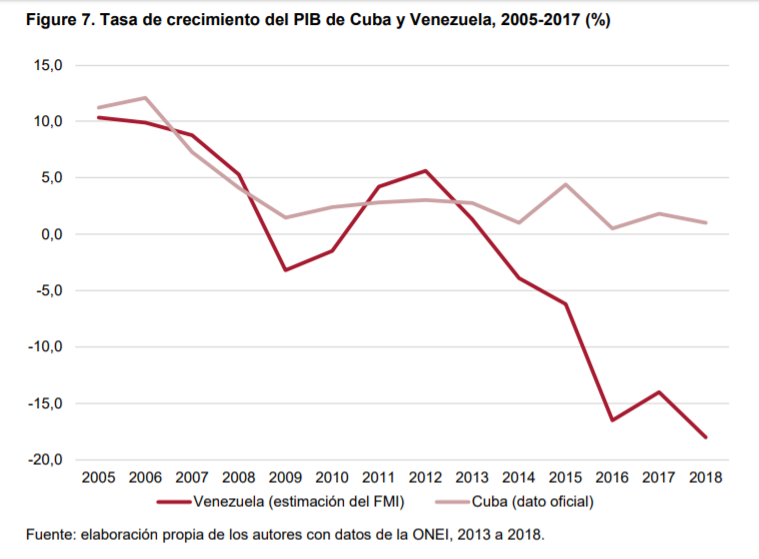 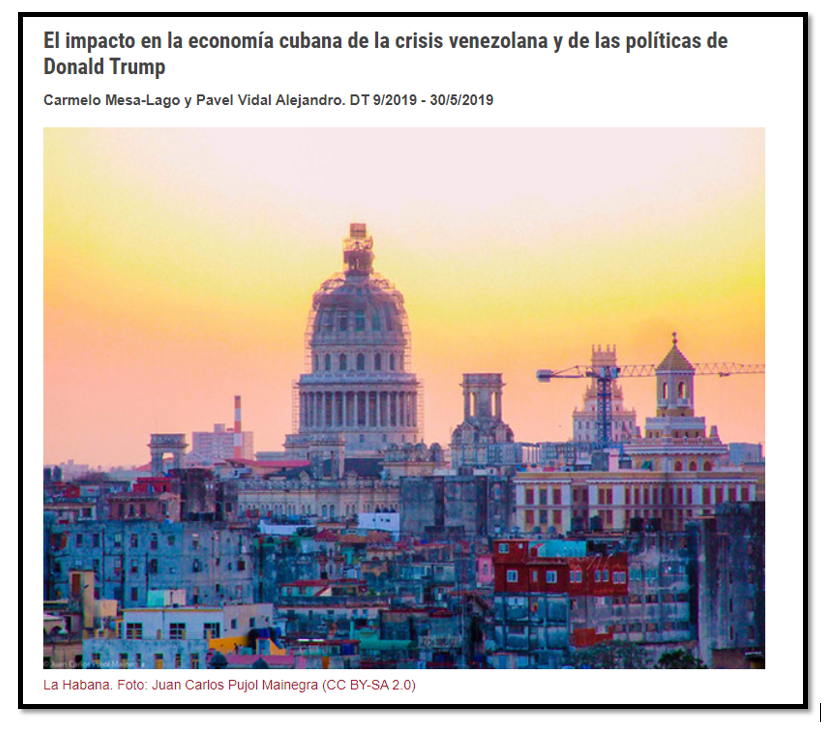 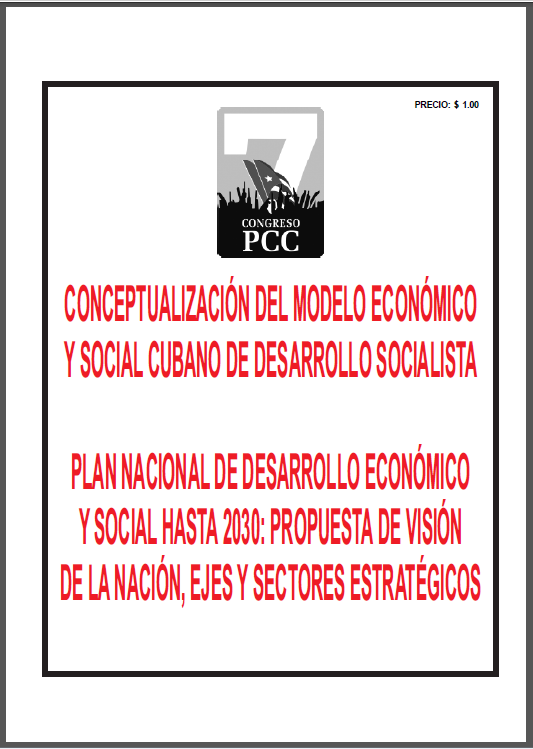 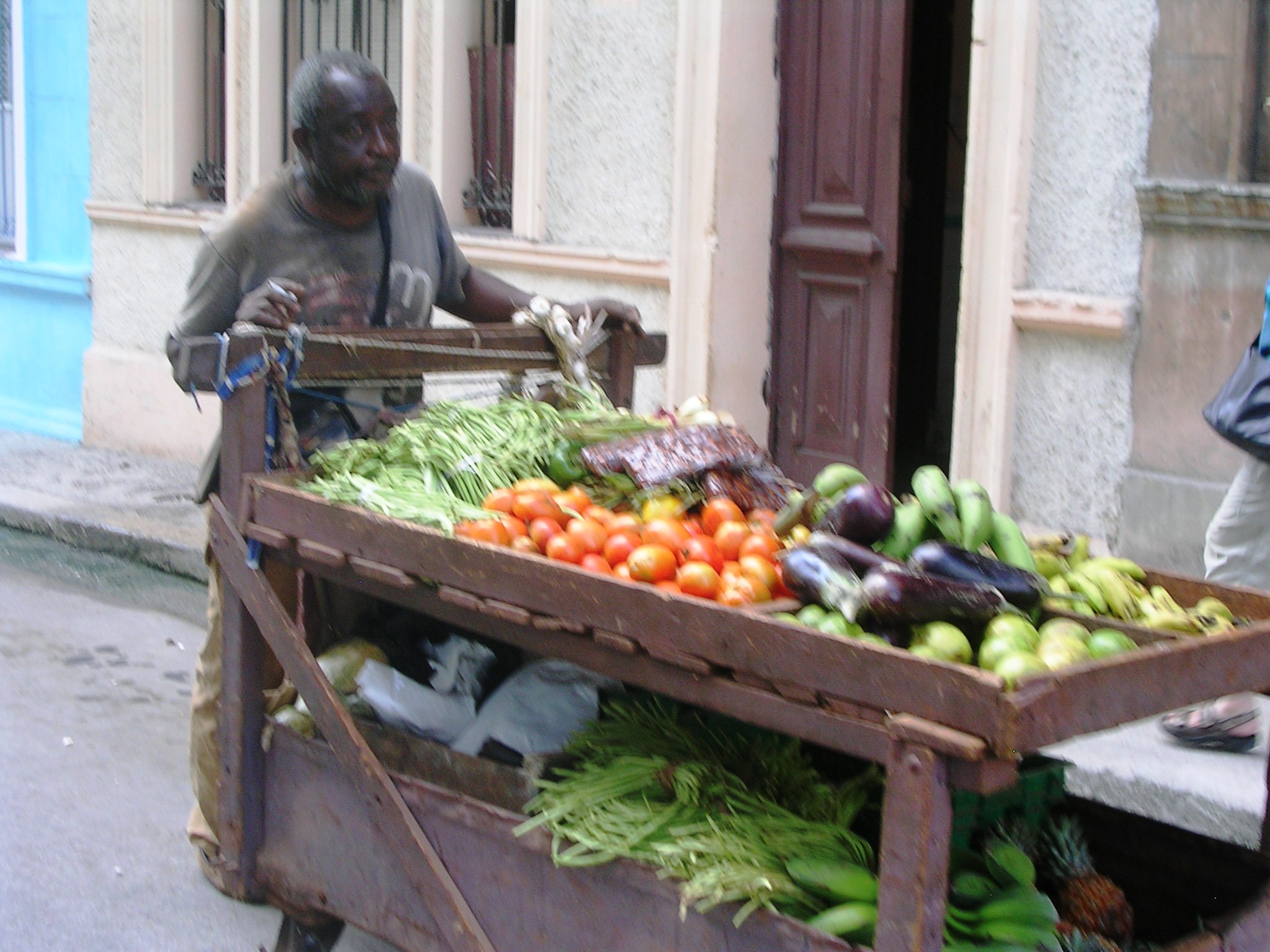 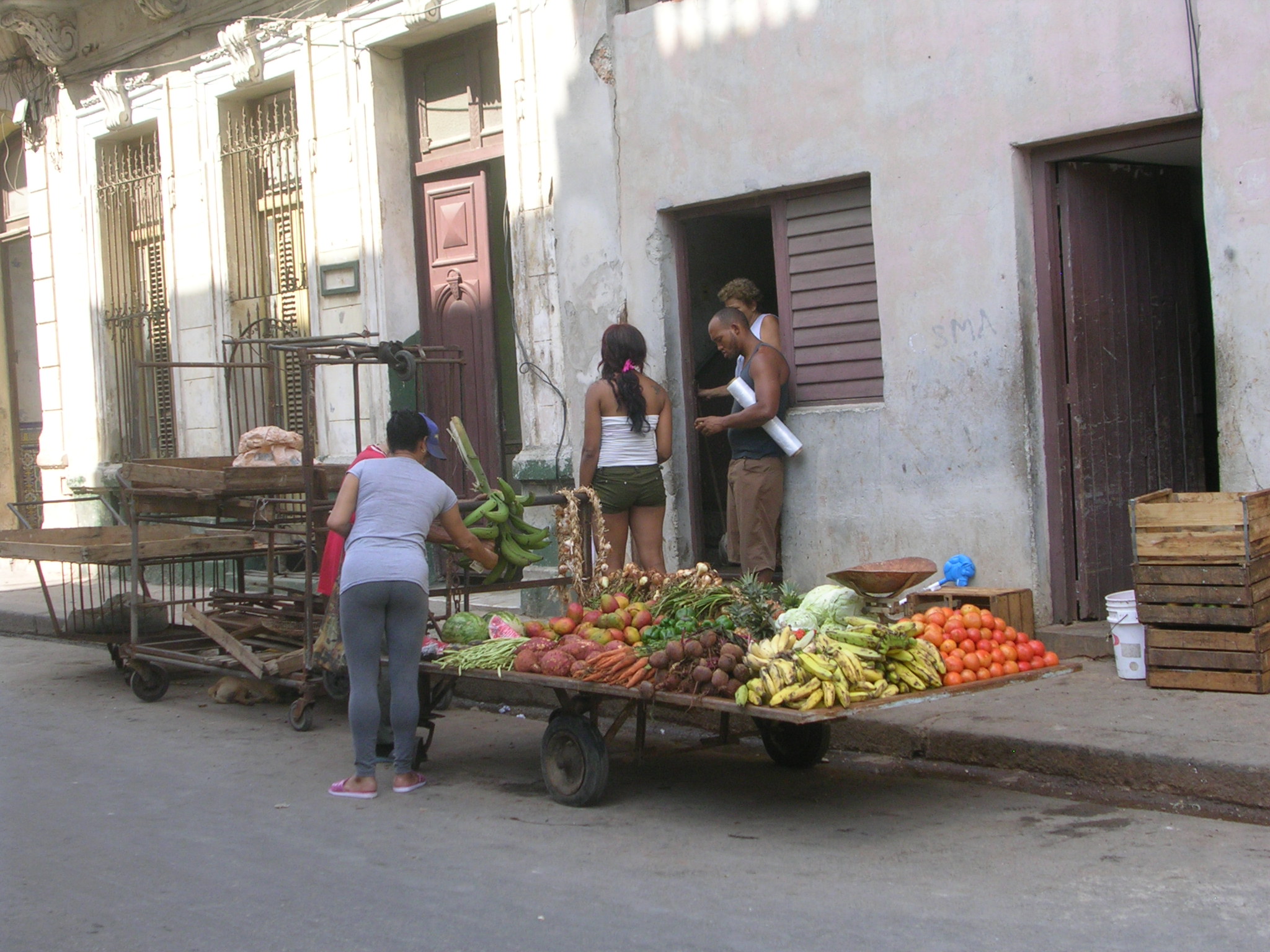