Cuba’s “1 Percent” Is Not Who You Think It Is 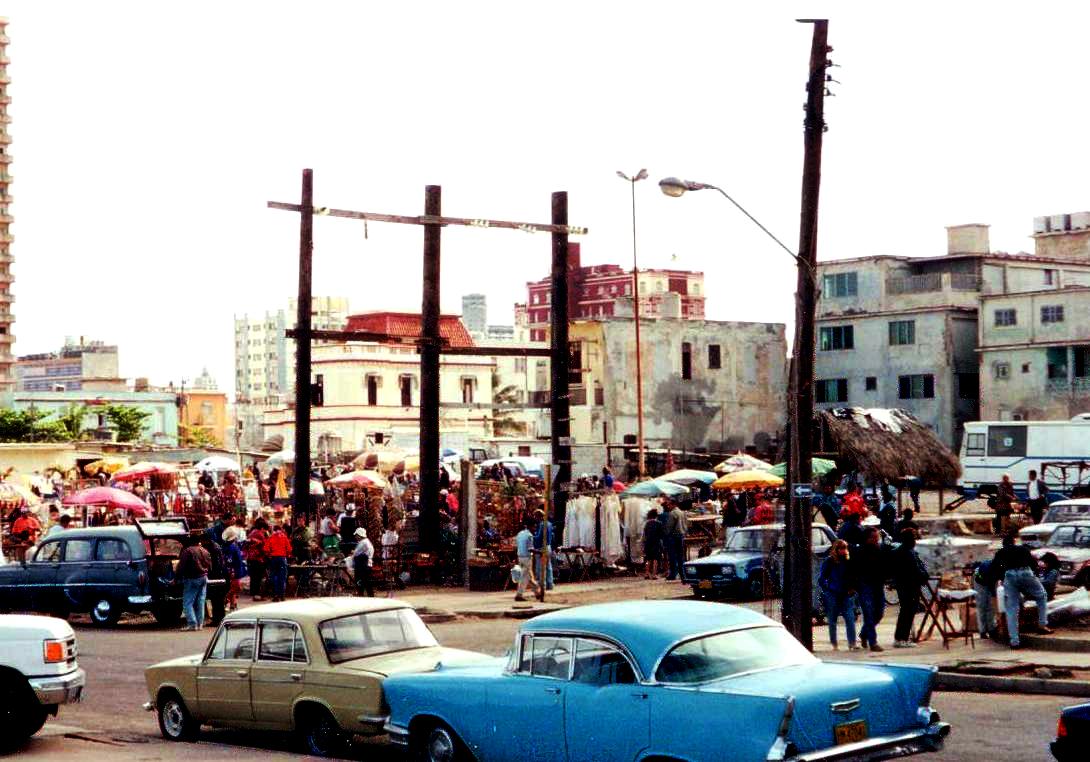 Art and Handicraft Market on the Malecon, 2004

In most parts of the world, artists struggle to make a living. In Cuba, they’re part of the wealthiest 1 percent of the population.  Two quirks of fate have led to an explosion of well-paid artists on the island: an exception to the U.S. embargo on Cuban goods that allows Americans to spend money on Cuban art, and an accident of Cuban history that lets artists keep the money they earn.

Dionel Delgado, 29, is emblematic of financially successful Cuban artists. His new gallery is in an apartment he just bought in a prime ground-floor location in old Havana that gets lots of tourist foot traffic.  As he painted a large, lush landscape of the Cuban countryside, he told CNBC, “A big part about my work is about the landscape. The love of my country, my space, my dream space.”

CNBC’s Michelle Caruso-Cabrera is one of the few business journalists who has been asked to visit Cuba. Why would the socialist government extend the invitation? She has the latest from Havana.

Don’t try to buy the work however—it’s already sold to a Mexican gallery for $10,000. He said that, on average, he sells a painting every two months.

Thousands of Americans travel legally to Cuba every year under what the Treasury calls “people to people” licenses. Remember Jay-Z and Beyoncé’s trip? On such junkets, American tourists are prohibited from buying any kind of souvenir—except for books, music and art.

As a result, as one moves through old Havana, some of the most prevalent items for sale aren’t T-shirts, hats or magnets, but paintings. In fact, the government put up a new building a few years ago expressly for art vendors.

An accident of Cuban history

Vendors there don’t have to be as successful as Delgado to make a good living. Most of the paintings for sale to tourists are $100 or less. Selling just one a month, a painter makes more than double the average Cuban, who earns only $19 in a government job.

Artists have held a special place in the Cuban economy since the early 1990s—an extremely difficult period in which the Soviet Union cut off the billions of dollars in subsidies it had supplied to Fidel Castro’s government. Even food was hard to come by. During that time, the government carved out a special exemption for musicians and artists, allowing them to travel freely in and out of the country and, more importantly, to be self-employed as artists and to keep the money they made.

The exemptions made them rich compared with other members of Cuban society, as well as more cosmopolitan.

Abel Barroso Arencibia, 46, who specializes in wood carvings, agrees that artists are lucky to hold a special place in the Cuban economy.

Barroso is in the middle of a major renovation on his apartment. Two museums in New York—the Whitney Museum of American Art and Museum of Modern Art—hold his pieces in their collections. He has traveled all over the world, from the U.S. to Japan, and was able to do so long before other Cubans, who received that right only at the beginning of this year.

Critical of the government? It’s up to the viewer

Also remarkable is that the Cuban government seems willing to tolerate art that could be interpreted as critical of it. Barroso, for example, is working on a woodcut of a tablet computer. It obviously doesn’t work, but the “apps” on the wooden machine are all related to emigrating from Cuba.

Barroso makes many woodcuts of communication devices. He calls the work an “ironic” commentary on technology. When asked if it’s a criticism of the government—given that most Cubans don’t have a cellphone or access to the Internet—he responds, “How it’s interpreted is up to the viewer.”

Besides landscapes, Delgado has created a series of large-format paintings that depict fake magazine covers. He said he was inspired by Norman Rockwell, famous for painting real magazine covers that portray an idyllic American life.

One of Delgado’s magazine cover paintings shows people preparing to jump over the Malecon—the famous seawall in Havana—in inner tubes. It’s a scene repeated by thousands of Cubans who, desperate to leave, took to the open ocean.

When asked if the painting is intended as a criticism of the government, Delgado said no, adding that “it talks about the troubles of Cuba.”

“It’s normal for all the Cubans to have this constant on our minds,” he said. For a Cuban, the sea means “one way to take his dreams out there, the American dream,” he added. “It’s a reflection of … how many people take this option, you know? For finding a way, you know?” 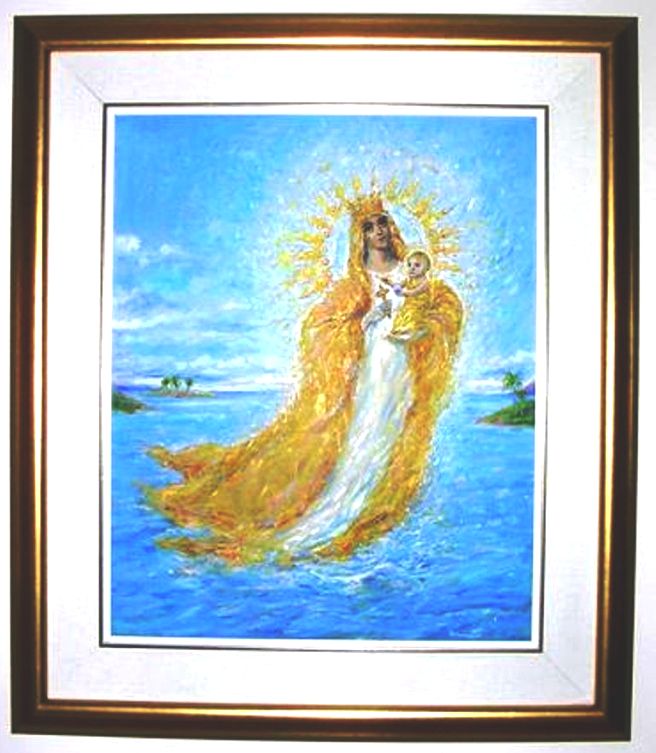