CUBA AFTER CASTRO: THE COMING ELECTIONS AND A HISTORIC CHANGING OF THE GUARD 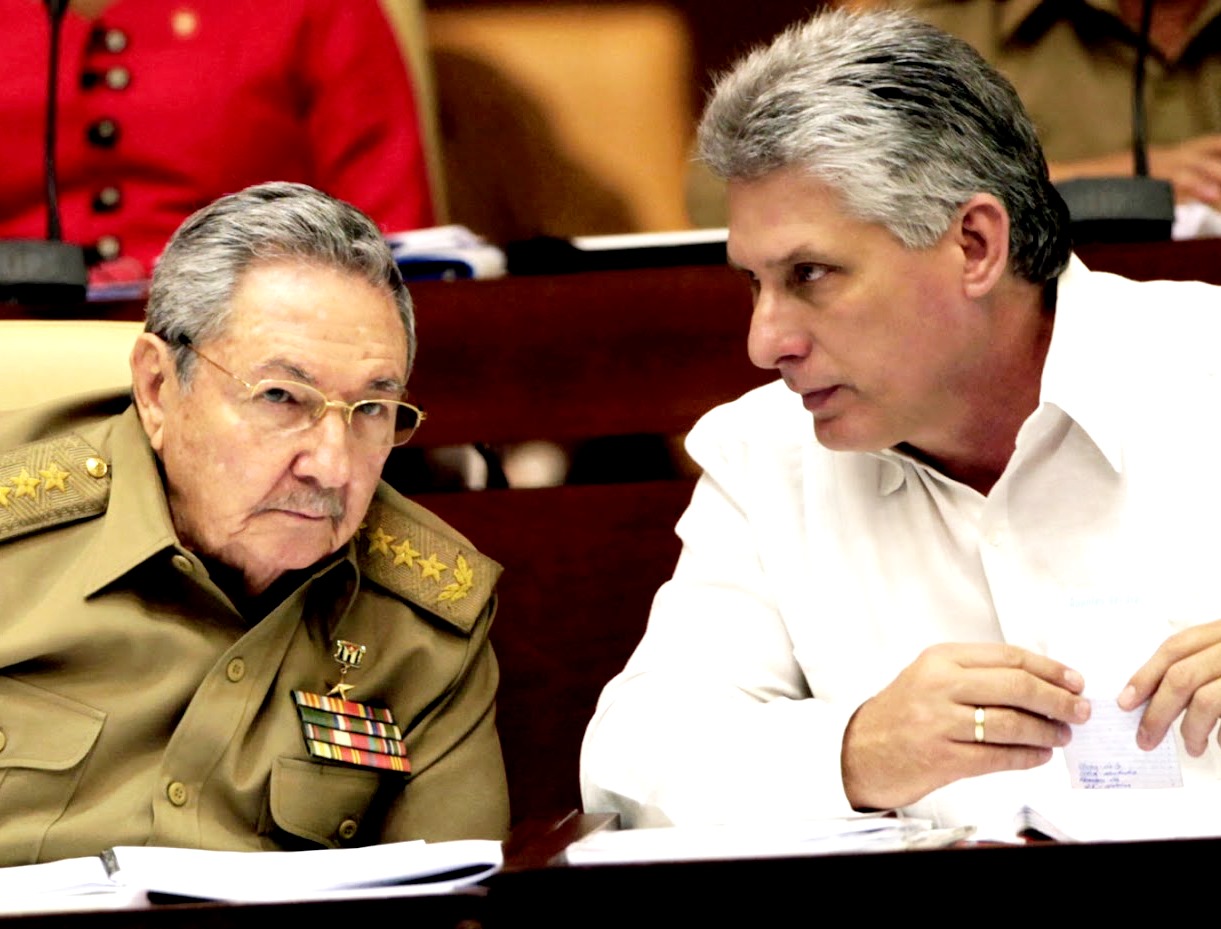 Historic “Changing of the Guard”: Raul Castro to Miguel Diaz-Canel

On Nov. 26, Cubans will go to the polls to elect delegates to 168 municipal assemblies, the first step in an electoral process that will culminate next February when the National Assembly, Cuba’s parliament, will select a new president. In 2013, when Raul Castro pledged not to seek a third term, he also imposed a two-term limit for all senior government and Communist Party leadership positions.  That means the succession will replace not only Castro but almost all the remaining members of the “historical generation” who fought to overthrow Fulgencio Batista’s dictatorship in 1959.

The changing of the guard comes at a delicate political moment. Castro’s ambitious economic reform program, the “updating” of the economy, is still a work in progress and has yet to significantly raise the standard of living of most Cubans. Moreover, it is encountering resistance from state and party bureaucrats who are loath to lose control over the levers of economic power and the perks those provide.

The economy has also been struggling because of declining oil shipments from Venezuela, which sells oil to Cuba at subsidized prices, helping to ease Cuba’s chronic shortage of hard currency. The political and economic chaos engulfing Venezuela has caused oil production to decline, and shipments to Cuba are running 13 percent below last year and 37 percent below their peak in 2008. The resulting energy shortage has forced Cuba to impose drastic conservation measures and pushed the economy into a mild recession last year.

In September, Cuba’s economic woes were exacerbated when Hurricane Irma came ashore, inflicting several billion dollars’ worth of damage as it tracked along the north coast before turning toward the Florida Keys. The storm hit some of Cuba’s most lucrative tourist resorts, cutting into the one sector of the economy that has enjoyed sustained growth in recent years. Most of the major hotels predicted they would reopen for business quickly, but the storm did enormous damage to the power grid, leaving large swaths of central Cuba in darkness.

Popular discontent over the economy and impatience with the slow pace of improvement are both running high. In an independent opinion poll taken in late 2016, 46 percent of Cubans rated the nation’s economic performance as poor or very poor, 35 percent rated it as fair, and only 13 percent rated it as good or excellent. Solid majorities reported not seeing much economic progress in recent years for the country or themselves, and they had low expectations for the future.

The economy is not Cubans’ only source of anxiety. With the election of Donald Trump, Havana’s relations with Washington entered a period of uncertainty. In his speech to Cuban Americans on June 16 in Miami, Trump blasted the Cuban government as a murderous dictatorship, echoing the Cold War rhetoric of regime change. Although the new economic sanctions Trump imposed were surprisingly mild—the result of intense lobbying by the U.S. business community—the prospects for improved relations and expanded commercial ties look dim in the near term.

Secretary of State Rex Tillerson’s decision to withdraw nonessential from the U.S. embassy in Havana in the wake of mysterious health problems among nearly two dozen staff and family members, the expulsion of most Cuban diplomats from Washington, and the State Department’s decision to issue a travel advisory warning U.S. residents not to travel to Cuba, pushed relations to a low point not seen since December 2014, when then-President Barack Obama’s normalization process began.

Cuba’s new post-Castro leaders will therefore face an imposing array of problems, and they will have to answer to a population that has become more vocal in expressing its discontent. The expansion of internet access, the ability of Cubans to travel abroad without state permission and Raul Castro’s own calls for more open debate about Cuba’s problems have fueled an increasingly robust public sphere.

As the leadership transition gets under way, First Vice President Miguel Diaz-Canel is the likely successor to Raul Castro as president, but little is known about this party veteran’s real views. Until recently, he kept a low profile, but even as his public visibility has increased, his speeches have simply reiterated well established policy, providing little insight into his own thinking.

Historic Changing of the Guard 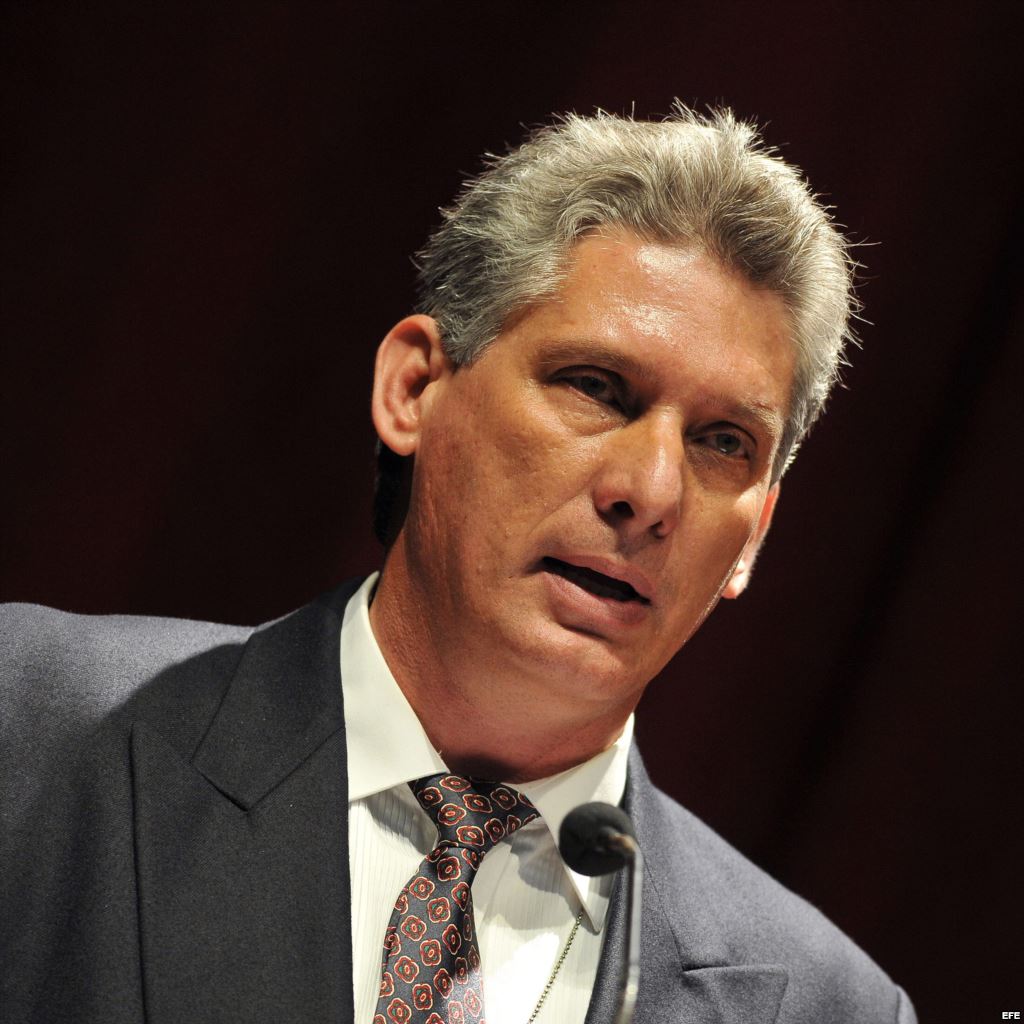