This volume illustrates the sweeping changes in Cuban foreign policy under Raúl Castro. Leading scholars from around the world show how the significant shift in foreign policy direction that started in 1990 after the implosion of the Soviet Union has continued, in many ways taking totally unexpected paths—as is shown by the move toward the normalization of relations with Washington. Providing a systematic overview of Cuba’s relations with the United States, Latin America, Russia, Europe, the Middle East, Asia, and Africa, this book will be invaluable for courses on contemporary Cuban politics. 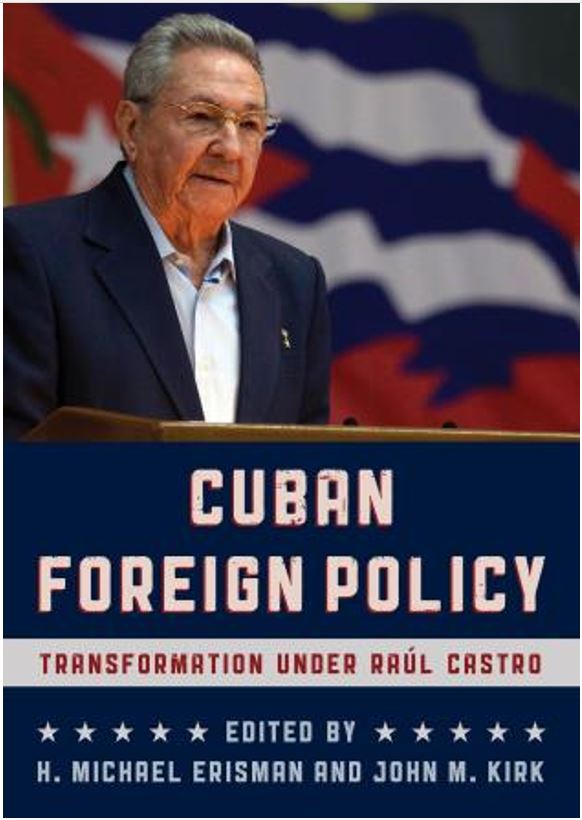 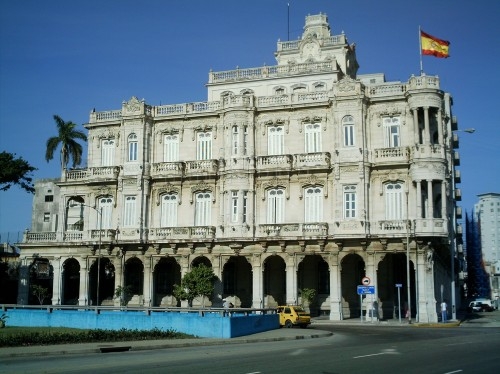 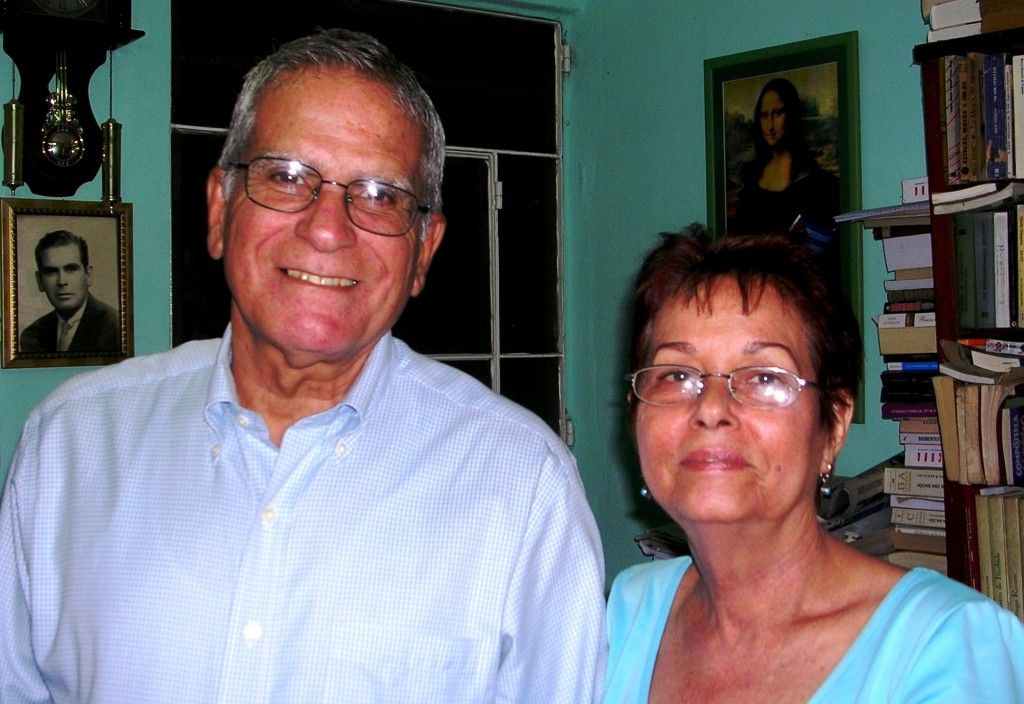 HAVANA (AP) — It was supposed to be Cuba’s economic savior: vast untapped reserves of black gold buried deep under the rocky ocean floor.

But the first attempt in nearly a decade to find Cuba’s hoped-for undersea oil bonanza has come up dry, and the island’s leaders and their partners must regroup and hope they have better luck – quickly.

Experts say it is not unusual that a 3-mile (4.8-kilometer) deep exploratory well drilled at a cost of more than $100 million by Spanish oil giant Repsol was a bust. Four out of five such wells find nothing in the high-stakes oil game, and petroleum companies are built to handle the losses.

But Cuba has more at stake, and only a few more spins left of the roulette wheel. The enormous Scarabeo-9 platform being used in the hunt is the only one in the world that can drill in Cuban waters without incurring sanctions under the U.S. economic embargo, and it is under contract for only one to four more exploratory wells before it heads off to Brazil.

“If oil is not found now I think it would be another five to 10 years before somebody else comes back and drills again,” said Jorge Pinon, the former president of Amoco Oil Latin America and a leading expert on Cuba’s energy prospects. “Not because there is no oil, but because the pain and tribulations that people have to go through to drill in Cuba are not worth it when there are better and easier options in places like Angola, Brazil or the U.S. Gulf of Mexico.”

A delay would be catastrophic for Cuba, where 80-year-old President Raul Castro is desperately trying to pull the economy out of the doldrums through limited free-market reforms, and has been forced to cut many of the subsidies islanders have come to expect in return for salaries of just $20 a month.

It could also leave the Communist-governed island more dependent on Venezuela, where President Hugo Chavez is ailing with cancer. Chavez provides Cuba with $3 billion worth of heavily subsidized oil every year, a deal that might evaporate if he dies or fails to win re-election in October.

An oil find, on the other hand, would potentially improve Cuba’s long-bitter relations with the United States, some analysts suggest. They say the U.S. oil industry could lobby Congress to loosen the embargo so it could get in on Cuba’s oil game. At the very least, coordination between the Cold War enemies would be necessary to prepare for any spill that could coat beaches in the U.S. and Cuba with black goo.

The Cuban government has not commented on Repsol’s announcement May 18 that the first well came up dry, and declined to make any oil officials or experts available to be interviewed for this article.

Next in line for using the drilling rig in Cuban waters is Malaysia’s Petronas, which holds the rights to explore an area in the Florida Straits known as the Northbelt Thrust, about 110 miles (180 kilometers) southwest of Repsol’s drill site. Wee Yiaw Hin, Petronas’ executive vice president of exploration and production, told The Associated Press that drilling has begun and he expects results by the end of July.

After that, two industry experts said, Repsol is under contract to drill a second well, though it could get out of the deal by paying a penalty to Saipem, the Italian company that owns the rig. Kristian Rix, a spokesman for Repsol in Madrid, said a decision on whether to sink another well was still being evaluated.

Venezuela’s PDVSA and Sonangol of Angola have options to drill next, but are under no obligation if they don’t like their odds. While both countries are strong allies of Cuba, at $100 million a well, the decision to drill will likely be based solely on economics.

Even if oil is found, the Scarabeo-9 is under contract to power up its eight enormous thrusters and sail to Brazil after that, with no date set for its return to Cuba. The bottleneck highlights the difficulties Cuba faces, and why it could be well into the 2020s before the island sees any oil windfall.

Once an exploratory well finds oil, companies generally drill between 10 and 20 additional wells nearby to get a sense of the reservoir’s size. The process can take several years even under normal circumstances, and circumstances are not normal in Cuba.

The Scarabeo-9 was built in Asia with less than 10 percent U.S.-made parts to avoid violating Washington’s embargo, making it the only rig in the world that meets the requirement. That means no other rig could be used in Cuba without risking U.S. sanction, and the additional wells would have to be drilled by the rig one at a time, with each taking about 100 days to complete. At about three wells a year, it could take up to six years for this second phase – assuming the rig is available.

After gauging a reservoir’s size, an oil company then must assess whether the economics of a field make it a prime spot for exploitation, or whether to concentrate resources elsewhere.

If exploitation does go forward, complicated equipment is required to pull oil from such depths. Several industry experts said the only country that produces the necessary apparatus is the United States, although Brazil and other countries are working to catch up. Unless they do, the oil could not be removed unless the U.S. embargo was lifted or altered.

Still, the benefits of hitting a gusher would be enormous for Cuba, and the impact could be felt long before any oil was pumped.

Because of the embargo, Cuba is shut off from borrowing from international lending institutions, and the island’s own poor record of repayment has left most other creditors leery. Cuba, for instance, owes the Paris Club of creditor nations nearly $30 billion.

An oil find could change the game, with Cuba using future oil riches as collateral to secure new financing, economists say. They point to China and Brazil as potential sources of new funding, but say neither is likely to put money into the island without reasonable confidence they will get their investment back.

Lee Hunt, the recently retired president of the Houston-based International Association of Drilling Contractors, said the stakes are enormous for Cuba that one of the wells hits oil before the Scarabeo-9 leaves. Hunt has worked to bring U.S. and Cuban industry and environmental groups together.

“If the only rig you can work with is gone, it’s like somebody took your shovel away,” Hunt said. “You are not going to dig any holes without a shovel, even if you know the treasure is down there.”

A recent analysis of Cuba-Spain economic relations has been published by Francesc Bayo Fornieles:

Here is the summary: