“On Cuba, Canada has no choice but to walk Washington’s tightrope Add”

The abridged Globe and Mail version is here:  “No choice but to walk Washington’s tightrope”

The complete unabridged version is presented below, courtesy of Carlo Dade.

As hard as it may be to believe, one of the most difficult foreign files for any Canadian government to manage is the Cuba file.

The importance of Cuba, throughout the hemisphere is as a symbol. The country is of marginal, if any, economic interest and despite theatrics and histrionics by the Americans is not a real security threat to anyone in the hemisphere larger than say Grenada.

The importance of Cuba in the rest of the hemisphere is its presence as an open sore of a reminder of centuries of American bullying, humiliation and degradation. It is hard to overstate the degree of visceral anger that U.S. policy toward Cuba elicits in the region. Having run afoul of the United States Treasury’s Office of Foreign Asset Control, the agency in charge of enforcing the U.S. embargo, this writer can, to some degree, appreciate that anger. Cuba’s prominence also comes from the ease with which any Latin American government, even one of the few right of centre governments like Colombia, earns cheap points at home and with its neighbours to burnish its “el pueblo unido” credentials by kicking the United States without incurring any real cost; given U.S. history with the region the Americans can and will only protest so much.

With Canada things are markedly different. Cuba is important as a symbol of what distinguishes Canada from the United States. Most Canadians strongly disagree with U.S. policy toward Cuba and find it offensive, but instead of anger they are more embarrassed for their neighbour. While the U.S., on the other hand, sees no need to afford Canada the same leeway it affords Latin Americans on Cuba.

And that is where Canada begins to run into problems that its friends in Latin America miss.

Twice each year the U.S. embassy in Ottawa has to certify that Canada is, more or less, in compliance with the 1996 Cuban Liberty and Democratic Solidarity Act, also known as Helms-Burton. The gist of the exercise is to demonstrate that, despite clearly violating the intent if not the letter of Helms Burton, Canada is doing enough other things to push reform in Cuba to earn a pass from direct sanction by the U.S. The exercise is essentially a series of winks and nods on each side followed by a round of beers, mostly to assuage sore feelings on the Canadian side. And each year the State department and congress go along with this.

Canada has of course vociferously opposed Helms Burton, raised challenges under the NAFTA and adopted laws to counter it. In this it has international law and public opinion on its side. But should the Americans decide to take unilateral action that combination would prove as effective in defending Canadian interests on Cuba as it did on softwood lumber.

As has been seen time and again, all it takes is one member of congress such as one of the easily-riled congressional Cuban lobby, including the out-of-state gringos who raise substantial money in southern Florida, or one particularly well-placed congresswoman to raise a fuss and Canada is left with nothing but a wink and a nod to cover its privates while an Alberta clipper of U.S. unilateralism flaps around it.

Yes, cooler heads would prevail – eventually. But a lot of damage would be done in the meantime.

Not convinced? Well, since when have reason, common sense or self-interest been an insurance policy with any U.S. congress and with this one in particular?

The fine line that Canada walks on Cuba is an object lesson on the Faustian bargain that the country has struck to enable it to get rich and fat off of easy and privileged access to the U.S. market. Criticise the government if you will but what choice does Canada really have? Before answering think of the $1 billion in daily trade across the border or the neighbour who holds one of the one-in-seven jobs in Canada dependent on an open U.S. border.

Canada can, does and will have differences with the U.S. But is has to pick its fights carefully. Avoiding going to war in Iraq makes that list. Having Cuba attend a meeting for which it does not qualify does not.

Despite limited room for manoeuvre Canada has managed a robust policy of engagement with Cuba. This is a policy that has been and is clearly not an embrace of U.S. policy, but neither is it in line with the rest of Latin America.

Canada has a full-fledged aid program in the country that is carried out in consultation with the Cuban government. Canada invests and trades with the country is open to travel and will welcome Cuban athletes to Toronto for the next PanAm games. All without controversy or second thought.

But Canada also recognises that Cuba is dictatorship; something the rest of the hemisphere seems to have forgotten in its fit of pique with the U.S.

While Canada welcomes Cuban participation in hemispheric events, it draws the line at extending to it the same recognition and privileges as the rest of the democracies in the hemisphere; or, to put it more clearly, the rest of the non-dictatorial regimes in the hemisphere. To that point Cuba does not and will not get invited to a meeting the explicit purpose of which is to convene – democratically – elected heads of government. Doing so is as egregious a sin as the U.S. embargo against Cuba and would make a mockery of the decades long struggle against dictatorship in the hemisphere; a fight to which Canada has contributed much.

Looked at in comparison to the U.S. and Latin American positions, Canadian policy toward Cuba seems to have a monopoly on reason and common sense. Rather than apologise for this Canada needs to tell the rest of the hemisphere to knock off the cheap criticism and cut Canada some slack. 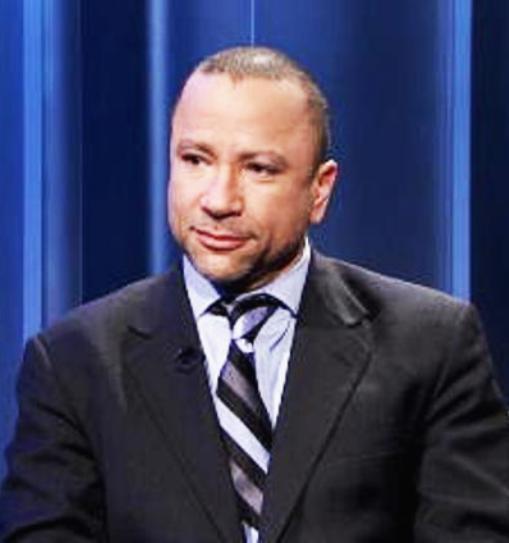 Carlo Dade is a senior fellow at the University of Ottawa’s School of International Development and former executive director of the Canadian Foundation for the Americas.