Melissa Lockhart reviews a year of what she calls big change in Cuba, little change in US policy. From the Christian Science Monitor. http://www.csmonitor.com/World/Americas/ December 29, 2011 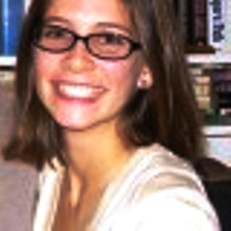 This year in Cuban history will be viewed as a significant one, having seen more economic change and reform on the island than some entire decades. Yet Washington’s response has been minimal.

Let’s start with a brief summary of the past year. In January 2011, the executive branch of the US government announced and published new travel and remittance rules with respect to Cuba, which increased possibilities for people-to-people travel. The effect has been gradual (OFAC in the Treasury is under-staffed and really quite slow), but greater numbers of cultural travel groups have received the necessary licenses and are leading trips to the island because of the new rules.

February and March saw the trial of the infamous violent Cuban exile Luis Posada Carriles, and a historic step in the US to prosecute him for terrorist acts in Cuba (he was later acquitted, to the chagrin of many Cuba-watchers). Alan Gross, the USAID contractor who remains in jail in Cuba, was ultimately sentenced in March to 15 years in prison — a relationship-damaging development that has continued to be a point of great contention between Washington and Havana.

In April, the Cuban Communist Party held their Sixth Party Congress and reviewed the terms of a great number of economic reforms whose implementation has proceeded during the course of the year. Yet in the fall, the US stood nearly solo at the United Nations as the world voted against the US embargo on Cuba. Washington put Cuba again on its list of “State Sponsors of Terrorism,” though the evidence to support the designation has withered.

This week, President Castro pardoned 2,900 prisoners in advance of the Pope’s visit to the island in 2012, noting that many of the pardoned were first-time offenders, youths, or inmates over 60 or suffering from illness. Yet here we are at the close of the year, and the Obama administration is still apparently convinced that the release of political prisoners in Cuba and the drastic economic changes underway are not enough to qualify as the “change” that would merit a significant bilateral discussion.

Asi es la vida for Cuba-watchers. The most unexpected event of this year was not a “happening” at all: it is the lack of movement forward in Washington on Cuba issues, and the continuing age-old tendency to cater to the conservative Miami Cuban-American base — a demographic that is changing and adapting its views to new developments in Cuba more so than Congress and the current administration, it seems. We expected more this year, despite the myriad of other global challenges faced by the US. Washington has found time recently to take a fresh look at Myanmar, but still not at our close neighbor Cuba.

With all of the events of the last year, here in the US the individual whose name has received the most airtime – and who therefore receives our designation of person of the year – is Alan Gross. Mr. Gross has been held in Cuba since December 2009 for distributing communications equipment illegally on the island. His sentence of 15 years in prison for crimes against the Cuban state was upheld by the Cuban Supreme Court in August. US officials have tried unsuccessfully to argue for his unilateral release; many experts have unsuccessfully argued for a prisoner swap (modeled off of the Israel-Hamas prisoner exchange of Gilad Shalit for hundreds of Palestinians — but in this case just one for five). Mr. Gross remains imprisoned, and as he was not one of the recently pardoned 2,900, Washington has continued to ignore other signs of significant change within the Cuban state. As long as Gross remains imprisoned, it appears there can be no progress.

Are you up on Latin American news? Try our quiz. Christmas In Havana: President Obama prevails on Cuban family travel rules For Cubans, new property rights – and the return of an old anxiety Topics

The forecast for 2012 is unfortunately only a tick higher than bleak in terms of the US-Cuba relationship. 2012 is a US election year, and Cuba policy remains a contentious political issue. Even just in the last few weeks, Cuba-watchers cringed (and spoke out) as a small faction of House representatives sought to fold an amendment into the 2012 spending bill that would change US regulations on Cuban-American family visits to Cuba, rolling this policy back to the Bush era. Fortunately, the White House took a stand and threatened a veto if the amendment was not removed. But many had feared that the administration would not spend the political capital to step in, and this was on an issue that simply maintained the status quo. There is very little reason for an administration seeking re-election to take the kind of political risk that more significant (necessary) Cuba policy changes entail.

However, the island’s future looks positive, at least for the moment. The population is testing out new economic reforms, the reforms are pressing ahead to the long-run benefit of a troubled economy, and foreign businesses and investors remain interested in Cuba (despite recent crackdowns on corruption that have affected foreigners as well as Cubans). Pope Benedict XVI will visit Cuba in March, and the state appears to be taking a look at its prison system in advance of that visit and making the largest number of pardons and releases of prisoners in recent history. These are positive developments that likely will not receive much acknowledgement from Washington, but for now, Havana does not appear to need our stamp of approval.

Melissa Lockhart Fortner is Senior Programs Officer at the Pacific Council on International Policy and Cuba blogger at the Foreign Policy Association. You can read her blog here.