ACADEMICS FROM CARLETON UNIVERSITY HELPED “JUMP-START” WESTERN ECONOMICS IN CUBA AFTER THE COLLAPSE OF THE SOVIET UNION. 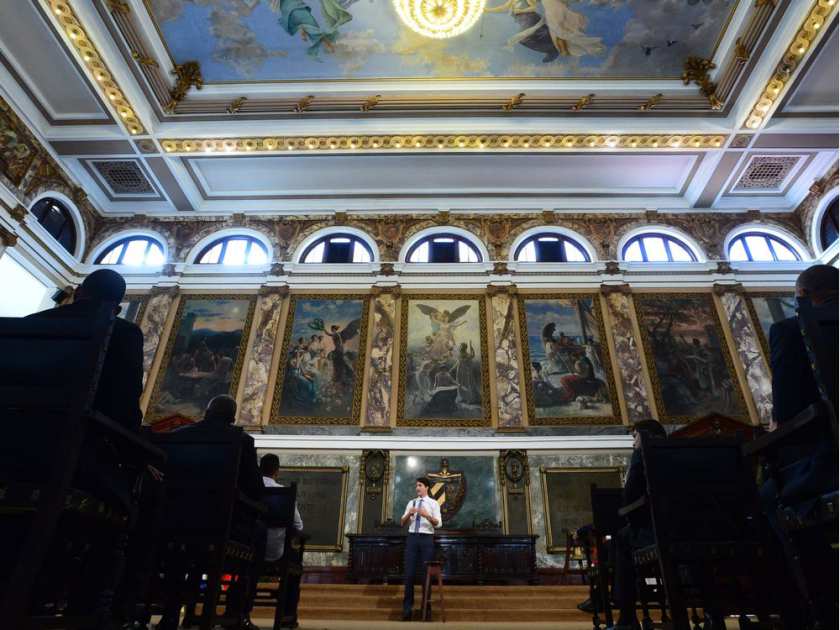 Justin Trudeau speaks to a University of Havana audience plus officials in the Aula Magna, Universidad de la Habana, November 16, 2016

Here’s how it happened: after the Soviets ended their “special relationship” with Cuba, the faculty of economics at the University of Havana wanted to introduce supply-demand micro and macroeconomics into its curriculum.

This was no small problem. Soviet economics had virtually disappeared, and Cuban economists were left orphaned. They didn’t even speak the language of Western economics, and they found it difficult to communicate with their counterparts in the rest of the world.

Carleton economist Archibald “Arch” Ritter, an expert in economic development, was at the first meeting in Havana in December 1993. The meeting brought together academics from Canada, Chile, Argentina and the University of Havana as well as officials from the International Development Research Centre (IDRC) to hammer out a plan.

The  group decided to organize a joint master’s program in economics, mainly for young faculty members from Cuban universities, to be offered at the University of Havana. Carleton’s then-president Robin Farquhar approved the agreement. The program was up and running six months later.

Financed for the first two years by the IDRC and in its final three years by the Canadian International Development Agency with support from the United Nations Economic Commission for Latin America, the program was later expanded to include biology, business, linguistics, women’s studies and public administration. Professors were recruited from Canada and Latin American countries.

“It was neat to jump-start the introduction of Western economics to Cuba,” says Ritter, who taught in Havana part-time for five years. “And we did it on a shoestring budget.”

The project had broad support at the University of Havana, but it was far from unanimous, says Ritter. The students, however, “were all most congenial and very keen.”

In his blog, former student Luis Casaco, who now lives in Uruguay, recalls the day a stranger arrived in a classroom while he was making a presentation. She identified herself as a member of the communist party. The presentation continued, but there was a confrontation and the students defended their position that Cuba needed a radical transformation towards a market economy and a democratic system.

The woman angrily left the classroom. The next day, Casaco was called in for an urgent meeting.

“The woman started speaking in an irritating, slowly and softly way on the importance of the program, while emphasized the interest of some sectors in the university to dismantle it,” Casaco recalled. “She started to get angry, and said that the university belongs for the revolutionary people.”

Casaco’s professors came to his aid, including Ritter. “If they threaten you and intend to force you to stop free-speaking, I will shut down this program,” he recalls Ritter saying. “And then he added: ‘This is not a class of the communist Cuban party; this is a Carleton University class.’”

The program ran until 2001. Between 1991 and 1997, there was a shortage of food in Cuba after subsidies from the Soviet Union ended. “People were very thin,” said Ritter.

Many of the Cuban graduates went on to earn PhDs in economics both inside Cuba and at Carleton. Some left Cuba and built their lives elsewhere. According to Ritter’s count, 31 of the 76 graduates had left Cuba to go to Canada, the U.S. and countries in Latin America as of 2010.

“We contributed to a change in the climate of opinion, and changed the teaching of economics,” says Ritter. 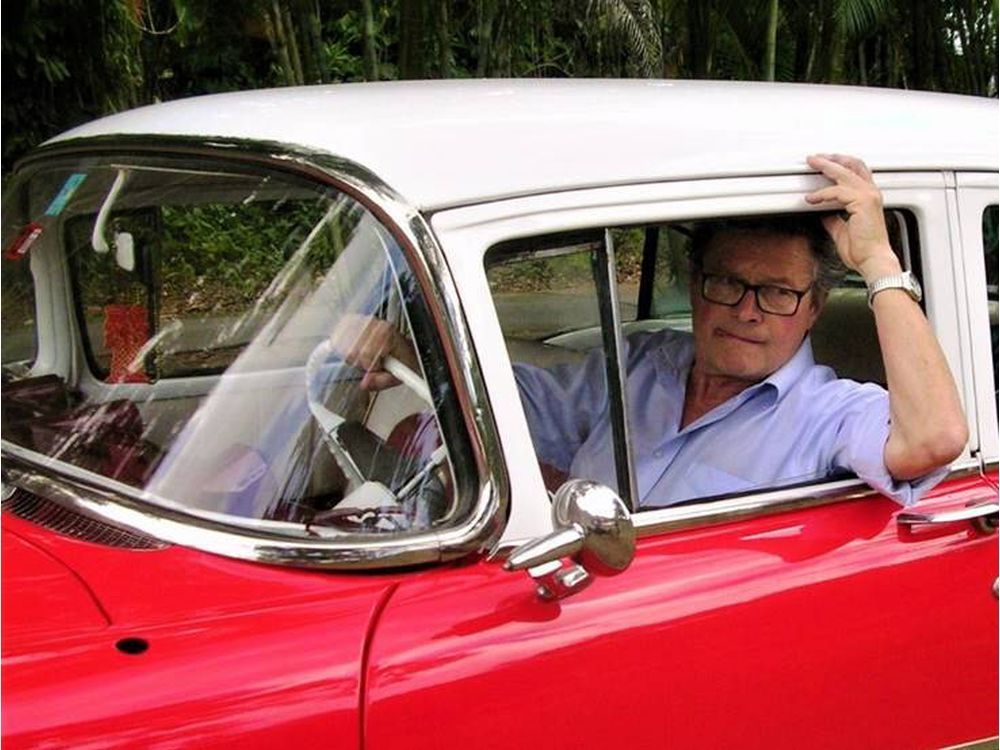 Carleton University economics professor Arch Ritter, pictured in Cuba in 2015 in a 1955 Chevrolet, taught part-time for five years at the University of Havana.

Ritter is often called upon to answer questions about Cuba. So, what will happen in the wake of Fidel Castro’s death?

Ritter doesn’t think it will change much. Castro has been mostly out of the picture since he became ill about a decade ago. Castro’s brother Raúl, now 85, served under his brother for 46 years. He was officially made president in 2008, and instituted a major set of reforms in 2010-11, which have liberalized small businesses.

“I don’t see much of change in the short run,” says Ritter. “Raúl will pretty much pick his successor. The succession will follow Raúl’s line. Raúl is very cautious. It took him almost five years to decide on the reform package.”

This entry was posted in Blog, Featured and tagged Cuba-Canada Relations, Universities. Bookmark the permalink.