On April 7, an article in Trabajadores stated that 109,000 workers in the heath sector were to be declared redundant, generating an expected 2 billion pesos in savings in the national budget, ostensibly without damaging the quality of health care services.

The newspaper where the article was published: Trabajadores ;

This is  an ambitions action. Indeed, it is draconian. It seems to be well beyond the legendary “shock therapies” or “structural adjustment” programs once promoted by the International Monetary Fund that have been criticized vigorously in Cuba and elsewhere in the past.

Apparently such a down-sizing is necessary due to the over-staffing of the health care system that seems to have built up over the years. This may be the case, as Cuba continued to judge its medical performance partly on numbers of doctors and medical personnel per thousand population and number of hospital beds – quantitative success indicators that probably contributed to an excessive expansion of the system.

However, the personnel of the Ministry of Health already had been cut back significantly from their peak of 335,622  in 2008 falling to 265,617 in 2011.  This was a personnel reduction  of 23.5%, with a 37% reduction of pharmacists, a 10.5% reduction of nurses, and a 45.4% reduction in auxiliary and technical personnel.  Presumably there are many more employees in the medical system not included in the numbers of the Table, people such as custodians, secretaries, receptionists, administrators, drivers, information technologists and tradesmen, but how many of these were employed in the system is not indicated in the ONE Anuario Estadistico.

Were further cuts required after these reductions? Apparently so. 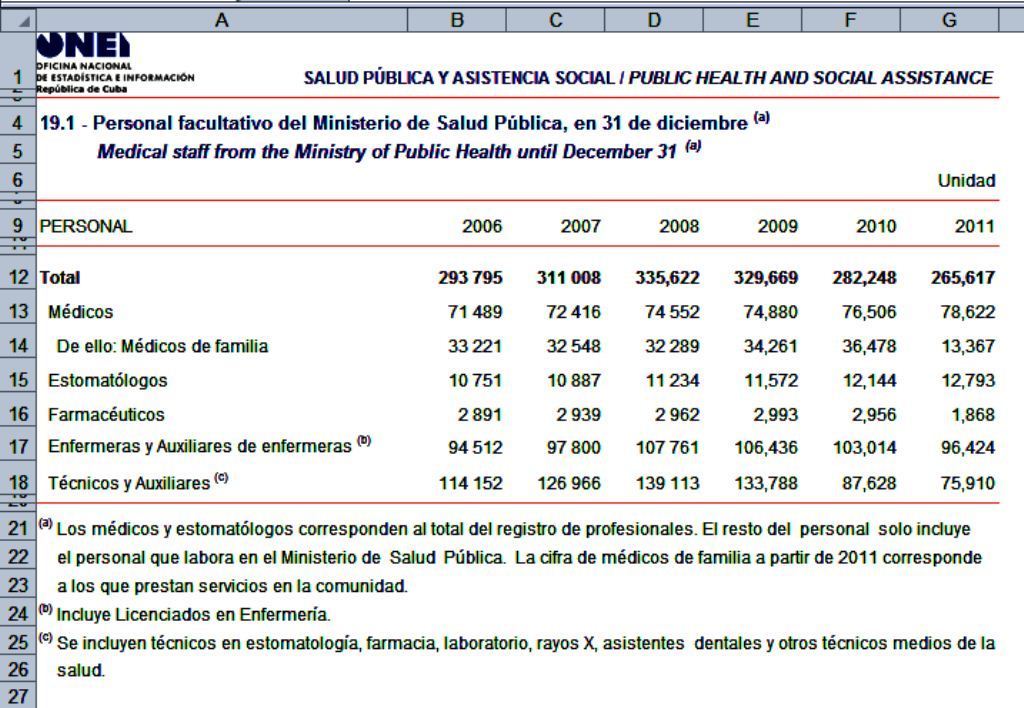 Is the Cuban government expecting that the numerous Cuban medical personnel abroad, and mainly in Venezuela will be returning to Cuba so that cut-backs will be necessary in order to accommodate them in the medical system?  Indeed, with Venezuela teetering on the brink of serious conflagration and economic melt-down, it may well be the case that Cuban medical personnel may not be in Venezuela at current levels for much longer. Is this the expectation of the Cuban government?

It is of interest to note that as was the case with the announcement of the 500,000 target for layoffs in the state sector in 2010, , the announcement of the job cuts were published in the workers’ newspaper, Trabajadores, and the person explaining the cut-backs was a certain Rafael Guevara Chacón, an employee of the Central de Trabajadores de Cuba (CTC), the labour federation. Is this how Cuba’s labour movement defends workers’ interests?

Then there is the question of where the displaced workers are to go. Some will retire, but others will have to be absorbed elsewhere in the system.

Is the cuenta-propista or self-employment sector capable of creating an additional 109,000 jobs without further liberalization of the policy environment within which it operates?

Can personnel cut-backs of this amount actually avoid damaging the medical care system?

All in all, implementing labour force cut-backs in the medical system of this magnitude will undoubtedly be a major challenge for the government. 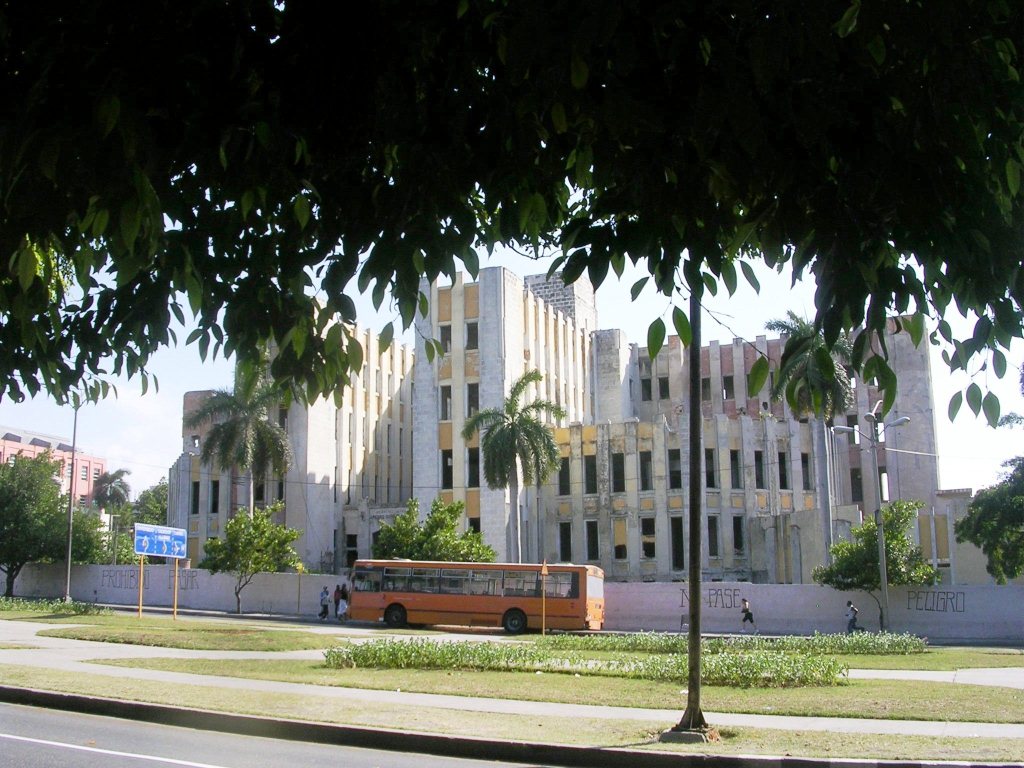