By Piroska Mohácsi Nagy, European Bank for Reconstruction and Development

An historic thawing of ties between Cuba and the United States has raised the question of how far the Communist island state is prepared to go in opening up its economy to the forces of the market and integration with the international community.

If and when Cuba does embark on a path of economic – and perhaps also a degree of political transformation – it could well enjoy the advantages of the late-comer, drawing lessons both positive and negative from eastern Europe over the last quarter of a century.

It can assess what worked and what proved much more difficult, emulating the successes and avoiding the pitfalls. There is no doubt that the east European process was painful, especially at the very start when the existing production systems collapsed in the face of real competition, leading to precipitous declines in output and employment.There is equally no doubt that the unprecedented experiment that was launched after the fall of the Berlin Wall has been a success, however tortuous the route and however many times there have been setbacks on the way.

There were four key building blocks in the reform process that was launched after 1989. These began with the – often initially painful – measures to deregulate and liberalise economic structures, including trade, prices and markets. They also comprised measures to achieve macro-economic stability, the creation of new institutions, regulatory bodies and the dismantling of state-ownership of output via the privatisation process.

Of these four policies, privatisation proved to be the most socially controversial, leading not necessarily to calls for a return to the dominance of the state, but resulting in what was often perceived as a corrupt process that unfairly favoured a privileged set of elite insiders.

The eastern Europe experience provides pointers on how to approach the reform roll-out and Cuba could benefit from reflecting on the outcome of what in the early years of transition was a furious debate about “big bang” reform or gradualism.

With the benefit of hindsight it is now clear that the advocates of pursuing all the four elements simultaneously were, in the main, right. Those include the believers in the “big bang” as well as the “opportunists”, i.e. those who claim that reforms should be implemented as soon as an opportunity arises.

Gradualism in the sense of postponing any of the key elements has proven not to be a workable option because it can create new vested interest in half-baked reforms, as Ukraine’s experience until recently has shown.

Lessons from eastern Europe’s mistakes
It is, therefore, vitally important to take full advantage of the window of opportunity that exists in the earliest days of transition. One lesson that the international community learnt late was the key role that is to be played by reformed public authorities and the state in helping to define and anchor the reforms that support the market reforms.

In the early post-communism euphoria the mantra of “State=Bad – Market=Good” dominated, leading to some of the worst examples of unfettered capitalism and wild-west economics that enriched the few and impoverished the many.

It was only much later that the reformed state was recognised as being a key element in the transition process, removing itself where markets can do the job more effectively but remaining or even being strengthened where it can support an environment within which the free market can flourish fairly.It is important to bear in mind that simply destroying the state instead of reforming and adapting it to support market development and perform the provision of public goods can lead to chaos and the state’s eventual resurrection with autocratic features.

At the same time, privatisation has to be addressed sensitively, preferably using a combination of methods that ensure fairness and also an acceptable balance between foreign and domestic private ownership.

For many European countries the prospect of EU membership has provided an anchor that has proven to be a major incentive in bedding down reforms and modernising economic structures. Similar options may not be out of reach for Cuba, given the vicinity of NAFTA (North American Free Trade Agreement), for example. And even without a powerful external anchor, like many other economies, Cuba can look to reap the benefits from other forms of external economic opening and integration and joining international organisations that can help to inculcate higher economic standards.

External support can work only if reforms start in earnest. Then foreign capital can be just as transformational as it has been in eastern Europe. Foreign direct investment can support know-how and good governance, in addition to providing much needed fresh capital. While developing external links are crucial, it is just as important for countries to nurture an independent civil society and a free media that holds up the evolving systems to scrutiny. They can both be a major support for developing democracies and fairer economies, acting as a deterrent to corruption and injustice.

However, local ownership of reforms will be, just as in eastern Europe, absolutely critical. The clear communication of new processes and policies is essential. The best policies in the world will not be effective if people do not understand them. Effective communication can help change value systems, explain policy choices and ensure their ultimate success.

What we are witnessing today may well be one of the last pieces of the iron curtain to start coming down. When it finally does, just as for eastern European countries 25 years ago, the Cuban people will deserve strong financial support and the best policy advice by the international community so that they can guide their reforms and re-integration into the world economy with as little volatility as possible. 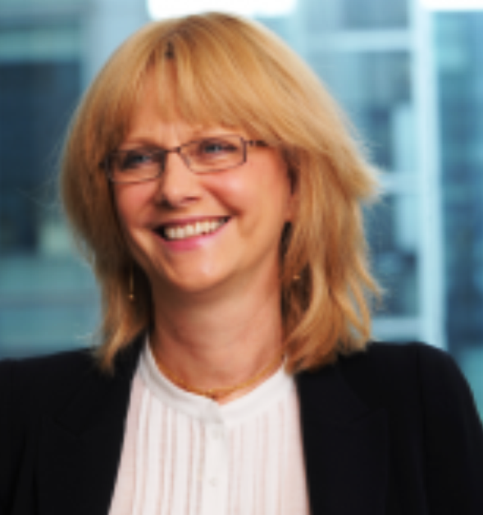 Piroska Mohácsi Nagy is Director for Country Policy and Strategy and Initiatives, Office of the Chief Economist, at the European Bank for Reconstruction and Development