The Right to Speak About God in Cuba 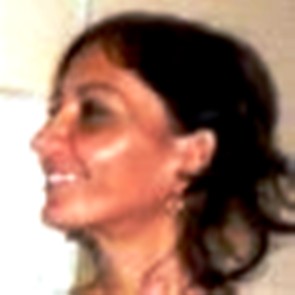 For years I had a hard time deciding between writing, painting or dancing. It was writing that proved to make the most sense financially in the short term. I live in Alamar, an aborted project for a city that only breathes from what’s left of nature, from the alternative cultural and political scene, and above all, from the infinite will of the human soul. I’m not a journalist. Writing in HT has been an opportunity to say what I believe can be improved in Cuba

HAVANA TIMES — The question posed by Havana Times contributor Jose Iser (in “Quien se atreve a romper el tabu?”), concerning the tacit ban on playing of Christian music over the Cuban airwaves, started to “pick at one of my old scabs” (meaning it’s one of those sore points that never really heals because there’s no real cure or solution).

The author of the article believes that this avoidance by the media reflects more than fear, but “a prejudice, a bias, or — better yet — an aversion.” I would love to accompany him in that line of thought, but I have a hunch things aren’t so simple.

Even those freedoms that he says are afforded to us by the constitution, at least in my direct experience, can be quite relative.

Legal research would have to be done on that point, but more than anything, taking into account concrete facts would have to also accompany this because the responses from lawyers don’t necessarily reflect practical reality.

In 1995, for instance, I personally accompanied a Mexican friend to Radio Taino, where he hoped to speak about and promote yoga meditation. The journalist who conducted the interview was petrified that words like “God” or “soul” or “spirit” might creep into the discussion.

This fear was because any one of those terms — according to what he told us to our faces — could have cost him his job.

In lecture halls where my friend gave presentations, similar warnings were made to us. However after the visit by Pope John Paul II, one has to admit that significant changes were made in this regard.

On Cuban TV itself, for example, there began to appear films with philosophical postulates and even explicitly mystical ones.

But a sudden relaxation doesn’t mean no pressure exists. I don’t buy into the widespread theory that many limitations in Cuba are suffered due to bureaucratic inertia. If this inertia exists it’s because it’s sustained and nurtured from the top of the pyramid.

I share the opinion of my fellow writer about the urgent need to expand musical alternatives, because the current bombardment of reggaeton isn’t only alarming, it’s stifling. What’s more, the degenerative effects of its lyrics are painfully palpable.

A Biblical passage reads: “Out of the abundance of the heart, the mouth speaks.” Relatedly, whenever I’m riding in a collective taxi or on a bus, I’m bound to hear: “If they stick it in, weep, if they take it out, yell”, or “I like to do it with my leg in the air” or “when I start feeling whorish.”

These thoughts make me wonder if those are the sincere concerns of many people or whether these are unconscious feelings engendered by compulsion, inertia, apathy, or rebelliousness.

This isn’t even about getting into a tiff over whether or not those words are should be censored. It’s an indisputable fact that people have the right to disseminate alternative thought.

I fully agree that Christian music should be heard on the radio, but I would go further and ask: Why don’t they de-penalize not only songs inspired by Christ, but all devotional expressions inspired by Gods, whether focused on Jesus or Buddha or Krishna or Mohammed.

All of them are beings that have radiated spirituality into this world or are spontaneous expressions of the recognition of that truth – from the subjective perspective of the author.

This void felt by those of us interested in that subject, or let’s call it this gag that has been forced on some of us creators who have filtered our anxieties and findings in the search for God, is a need that is as objective as the legalization of political dissent or homosexual marriage.

I know musicians who don’t try to camouflage their belief in God in their work with any metaphors. They believe in God, even without confining themselves to any specific religion or creed. This, I stress, I don’t see as a particular merit but merely as a choice.

What comes to mind right now mind is a couple I met years ago, Maricarmen and Ramsay, who no longer live in Cuba, as well as the reggae group “Estudiante sin semilla” or the young rapper David of the Omni project, who this year organized a concert in Alamar paying tribute to Marcus Garvey, who’s considered one of the ideologues of the Rastafarian movement.

While I enjoyed the concert, I thought about all those people unaware of the event, which would have been an attractive alternative even for youth. I’m talking about music whose benefit doesn’t detract in the least from what’s already officially broadcasted.

So now who’s willing to step up to the plate? With a medium as controlled as the radio it’s not the program directors or managers who have the real authority to decide what crosses the line and requires censorship.

Even a supervisor can see a contradiction between this absolute avoidance of Christian music while promoting themes praising deities of the Yoruba religion, ones such as Chango, Obatala, Yemaya… which in their opinion, if there’s a law it is not equitable but is instead discriminatory.

But to generate debate and initiate legal research on the issue — demanding that attention be given for once and for all to this great omission that many of us have suffered — is already a decisive step, in my opinion.