FOREIGN INVESTMENT IN CUBA MIGHT BE AT RISK IF U.S. ALLOWS LAWSUITS OVER CONFISCATED PROPERTY

Cuba’s efforts to attract foreign investment to boost its ailing economy were limping along even before the Trump administration raised the possibility that it might allow lawsuits in U.S. courts against foreign companies that do business on the island using properties confiscated from Americans or Cubans who later became U.S. nationals.

Now with the clock ticking on a U.S. decision on whether to allow U.S. nationals to sue for monetary damages, Cuba’s investment climate might be about to take another hit.

“I think this would be another layer of concern for potential foreign investors and could chill investment in Cuba considerably,” said Jason Poblete, a Washington area attorney who specializes in federal regulatory matters. “It would be an added complication.”

Every U.S. president since 1996 has routinely suspended Title III — the lawsuit provision — of the Helms-Burton Act fearing fallout from important U.S. allies such as the EU countries, Canada and Mexico whose investors in Cuba could be targeted. Like clockwork, presidents have waived the lawsuit provision every six months for more than two decades. The Trump administration has suspended it three times already.

But in January Secretary of State Mike Pompeo informed Congress that this time, beginning on Feb. 1, there would be only a 45-day suspension of Title III. “This extension will permit us to conduct a careful review of the right to bring action under Title III in light of the national interests of the United States and efforts to expedite a transition to democracy in Cuba,” the State Department said.
The review is being conducted at a time when U.S.-Cuba relations are increasingly frayed and will take into consideration “factors such as the Cuban regime’s brutal oppression of human rights and fundamental freedoms and its indefensible support for increasingly authoritarian and corrupt regimes in Venezuela and Nicaragua,” the State Department said.

Analysts say that indicates that the administration wants to make the case that this goes beyond property rights and foreign investment in Cuba and also has a national security dimension.

The decision could come soon, on or around March 2, because the secretary of state must give Congress at least 15 days notice before a suspension of Title III is to begin.

In a process that ended decades ago, the United States certified 5,913 claims for Cuban properties that belonged to U.S. citizens and were expropriated shortly after the 1959 revolution. Those claims plus interest are valued at about $8 billion in today’s dollars.

But under Helms-Burton, also known as the Cuban Liberty and Democratic Solidarity Act, Cubans who were not U.S. citizens at the time their properties were seized also would be able to file suit if a foreign investor in Cuba is “trafficking” in their former properties.

That would include investors who have joint ventures or partnerships with Cuban entities and companies that use or benefit from disputed properties. It also could target foreign companies that have management contracts for properties with underlying claims.

Excluded from the Title III definition of trafficking are any transactions and uses of confiscated property “incident to lawful travel to Cuba” as well as any property that is used for the delivery of international telecommunications to Cuba.

Those who lost their homes and smaller property owners also would be precluded from filing lawsuits if the value of their confiscated property didn’t exceed $50,000 at the time it was taken.

“It would not be easy to make a Title III claim. It requires time, money and emotional capital,” said Poblete. “This is complex litigation.”

Helms-Burton, which was signed into law in 1996 in the heat of Cuba’s shoot-down of two civilian planes piloted by Cuban Americans, notes that the Cuban government “is offering foreign investors the opportunity to purchase an equity interest in, manage or enter into joint ventures using property and assets, some of which were confiscated from United States nationals” in an effort to gain “badly needed financial benefit.”
Cuba, once wary of foreign investors, has said it needs to attract $2.5 billion annually in foreign investment to meet its development targets, but so far it has fallen short of that goal. From October 2017 to October 2018, for example, Cuba approved 40 new projects, representing a potential investment of $1.5 billion.

For 2018-2019, Cuba has announced it is opening up 525 projects, everything from opportunities in the tourism sector to building pharmaceutical, LED lighting and food processing plants, to potential foreign investors. This $11.6 billion portfolio of investment opportunities is the largest Cuba has ever released, beating the previous wish list for $10.7 billion worth of investment in 465 projects.

After the Cuban economy grew by just over 1 percent in 2018, Cuban leader Miguel Díaz-Canel said that “Cuba’s fundamental battle” is economic and that one of Cuba’s urgent needs is attracting more foreign direct investment.

But not everyone is convinced that Cuba is doing enough if it truly wants to attract foreign investors.

“The Cubans might say that foreign investment is a central part of their economic strategy but they haven’t created a climate that is attractive for foreign investment,” said Richard Feinberg, a professor at the University of California San Diego’s School of Global Policy and Strategy and a Brookings Institution fellow.

Potential investors also have complained of a lengthy, cumbersome process for evaluating investment proposals, although Cuba said it is streamlining the approval process. It also has opened a Special Economic Development Zone in Mariel that offers special tax and customs breaks and allows up to 100 percent foreign ownership.

“The biggest disappointment with Díaz-Canel so far is that the economy is in serious straits. The Cuban people would like to see light at the end of the tunnel,” Feinberg said.

But in the event that Title III lawsuits are allowed to go forward, he said, “the business climate in Cuba would go from a temperature of 0 to minus 5 degrees. That may be a bit dramatic but already there’s just a trickle of foreign investment coming in.”

Cuban Foreign Minister Bruno Rodríguez said earlier this week that Cuba is ready if the United States applies Title III: “We have a program, with a predictable plan for the economy until 2030. The Cuban economy has a strong international anchor.”

Even if the U.S. government decides after its review to continue the suspension of Title III, “the threat itself has a chilling effect,” Feinberg said. “For companies contemplating a new investment in Cuba, they must do their due diligence and make sure there is not an underlying claim.”
“This isn’t really about property,” said Phil Peters, president of the Cuban Research Center. “It’s an attempt to squeeze the Cuban economy to hopefully push Cuba over the brink” and bring political change.

If Title III is activated, a person or entity trafficking in confiscated property would get a three-month warning and then would be liable for monetary damages up to three times the value of the property plus interest as well as court costs and reasonable attorneys’ fees.

European hoteliers and Canadian mining operations are expected to be among the biggest targets if Title III goes forward. Investors from as many as 20 countries could be the targets of Title III lawsuits, said John Kavulich, president of the U.S.-Cuba Trade and Economic Council.

But U.S. trading partners are expected to push back against the extraterritorial nature of Title III.  “The EU, Canada, the UK, and Mexico have what are called blocking regulations on their books to countermand an action under Title III,” said Pedro Freyre, a Miami lawyer who represents cruise lines and other U.S. companies doing business in Cuba.

Such blocking regulations, he said, wouldn’t allow defendants to participate in discovery, would block compliance with any U.S. court orders and wouldn’t allow for the enforcement of a judgment. “They generally allow for claw-back as well, which means the defendant would be allowed to sue the claimant for damages and attorney’s fees,” Freyre said.
The EU also could revive a World Trade Organization complaint it filed when Helms-Burton first became law but which it later withdrew.

“The foreign companies will argue that the United States doesn’t have jurisdiction,” said Robert Muse, a Washington attorney who specializes in U.S.-Cuba relations. “This would be a hard-fought issue.” 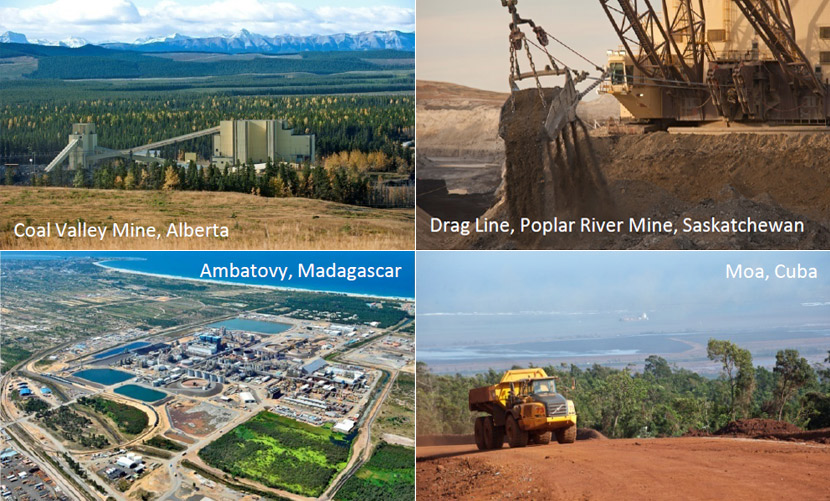 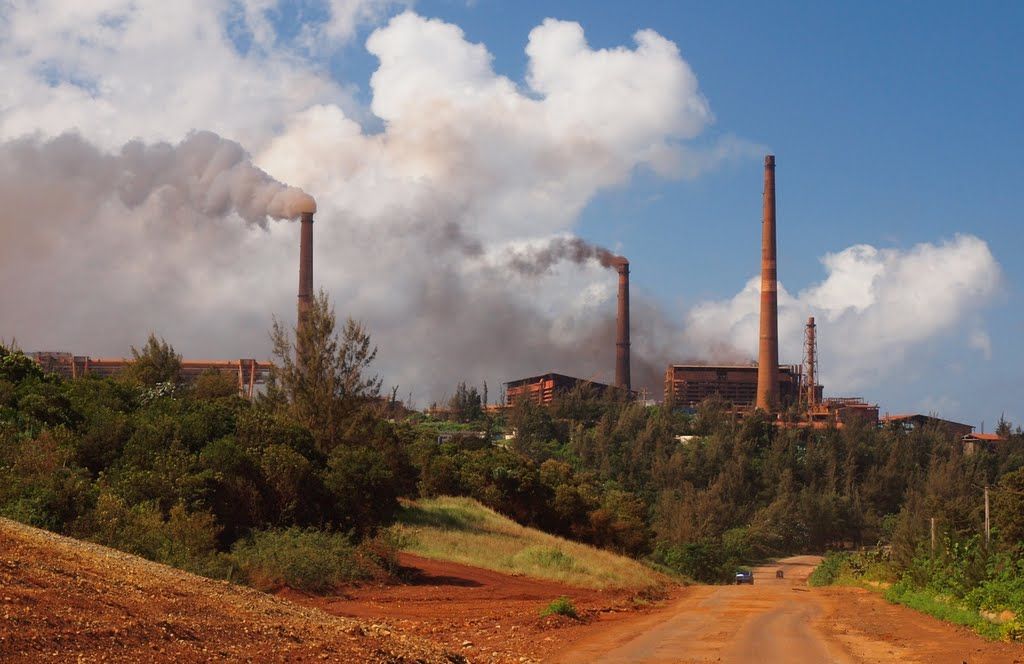 Nickel Mine and Concentrator, Moa, Cuba; Jointly Owned by Sherritt International and Cuba. A “Helm’s-Burton” Property