Original article: Sherritt could get caught in the crossfire between U.S. and Cuba 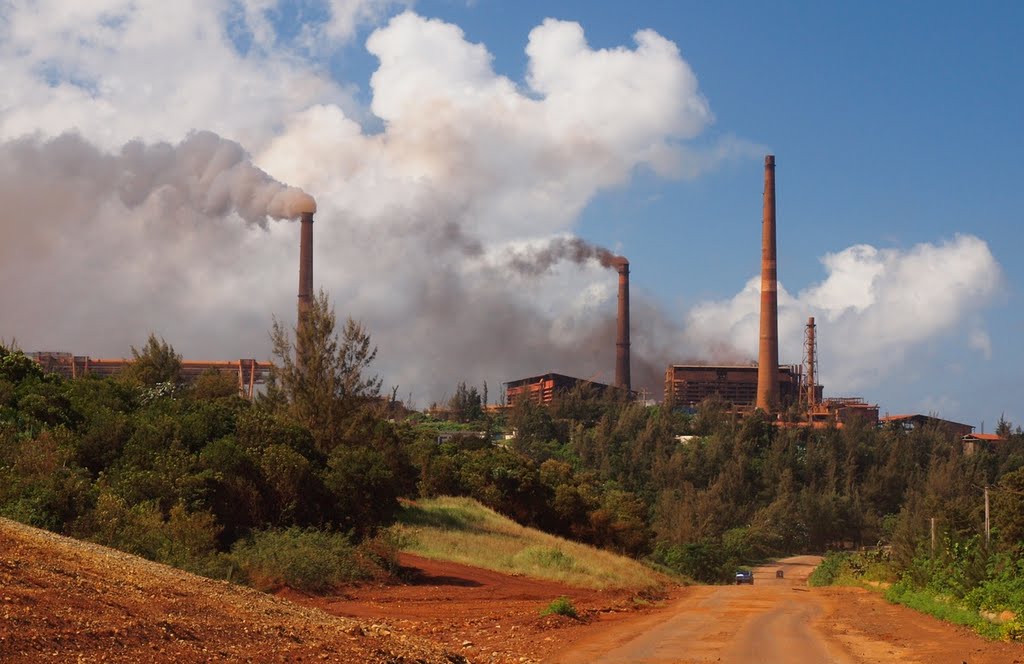 Sherritt International Corp. (S.TO), whose executives were once known as Fidel Castro’s favorite capitalists, is paying the price for its close ties to the struggling Caribbean nation.

The Canadian miner, which gets all its revenue from assets in Cuba, is being hit on multiple fronts by Donald Trump’s isolationism, plunging nickel prices and cost overruns. With the stock at 21 cents and its bonds trading at distressed levels, investors are starting to question the company’s viability.

“It all depends how the world unfolds in terms of commodity prices and the U.S.-Cuban relationship,” Chief Executive Officer David Pathe said in an interview this week. “There’s only so much that we can do right now and that’s focusing on the things that we can control.”

The Toronto-based miner is a shadow of what it once was. Long-known as a proxy for Cuba since former CEO Ian Delaney first engaged with Castro in the 1990s to develop the island’s nickel, oil and gas assets, Sherritt prospered as U.S. relations thawed over the past two decades and commodity prices soared.

Revenue jumped to almost $2 billion a decade ago, while the stock traded as high as $18 in 2007. Since then, the stock has dropped 99 per cent amid heightened country risk, a failed project in Madagascar, cost overruns and the collapse of the commodity super-cycle. The company’s bonds are trading at about 30 Canadian cents, according to multiple portfolio managers, implying low recovery in case of a default or debt overhaul.

“We have seen some bonds selling in the context of more aggressive U.S. policy towards Cuba, which has caused holders that have significant interests or operations in the U.S. to get out,” Pathe said. “That is what it is. From our perspective, we are focused on running our business as best we can.”

Sherritt’s debt costs are rising even as the company’s ability to generate cash flow to service that debt falls. Concerns about global growth have knocked the price of nickel down 24 per cent over the last year, reducing the amount of cash Sherritt receives from markets outside Cuba. Meanwhile, a tightening of U.S. sanctions against Cuba this year has resulted in the island nation being unable to pay Sherritt for the energy it produces in foreign currency and has caused bondholders to sell the company’s debt.

“We have deliberately avoided having any presence in the U.S. since Helms-Burton came in 23 years ago,” said Pathe, who is barred from entering the country under a section of the act. Despite this, the company is being caught in the cross-fire as Trump punishes Cuba for its support of Venezuela, and takes aim at trading partners around the world.

Having managed to knock around $2 billion off its debt in recent years, the 92-year-old company’s top priority is to continue to see that balance come down and reduce interest expenses, according to its CEO. The next big bond maturity is $170 million in notes in 2021 and the company has a $70 million revolving facility due next year that it anticipates renewing ahead of the maturity, Pathe said.

As it hangs on by its fingernails, some debt investors are seeing a silver lining ahead.

“They are trading below their working capital; the optionality is huge even excluding long-term assets like the refinery” said Paul Tepsich, founder and portfolio manager at High Rock Capital Management Inc. in Toronto, referring to the refinery in Alberta. “I think they get a deal signed with Cuba imminently and that produces strong cash flow on a monthly basis to Sherritt.”

For Tepsich, who owns Sherritt debt, the company has room to buy back bonds. The Moa nickel-and-cobalt mine joint venture should also provide both cash flow and dividends in hard currency, he said. The company produces electricity, oil and gas in Cuba and has a 50 per cent stake in the Moa mine, although it finishes the ore in Canada.

For more than a decade, Sherritt has fought to reduce its debt, selling all of its coal assets in 2013 as commodity prices languished. A spike in cobalt prices in 2017 helped the company post its first annual profit since 2012 but it fell back into the red last year. Total debt stands at $706 million, less than a third of what it was less than two years ago.

Sherritt’s debt almost quadrupled between 2007 and 2008 as the company developed the massive Ambatovy nickel and cobalt project in Madagascar with Sumitomo Corp. and Korea Resources Corp. From the start, the project was plagued with delays and cost overruns, not to mention a political coup that resulted in the suspension of mining licenses.

Meanwhile, the company’s footprint in Cuba has created constant challenges. In 1996, Sherritt executives and shareholders were the first to be banned from the U.S. under the Helms-Burton law.  Twelve years later, Fidel Castro’s resignation sparked hope for more foreign investment in Cuba but progress, including subsequent American liberalization under President Barack Obama, has recently been overshadowed by a tightening of policy under Trump. The pressure has worsened Cuba’s access to foreign currency; it owed Sherritt almost US$172 million at the end of the first quarter, although Sherritt said a plan is in place to manage payments.

Last April, meanwhile, the White House said it would activate a provision of Helms-Burton that would let Americans sue for land confiscated in the 1959 revolution.  That’s a big deal for Sherritt: The US$88.3 million claim against its nickel mine is now greater than the company’s market capitalization.