From Christian Solidarity Worldwide: Voice for the Voiceless; January 3, 201; [CSW is a Christian organisation working for religious freedom through advocacy and human rights, in the pursuit of justice. ] 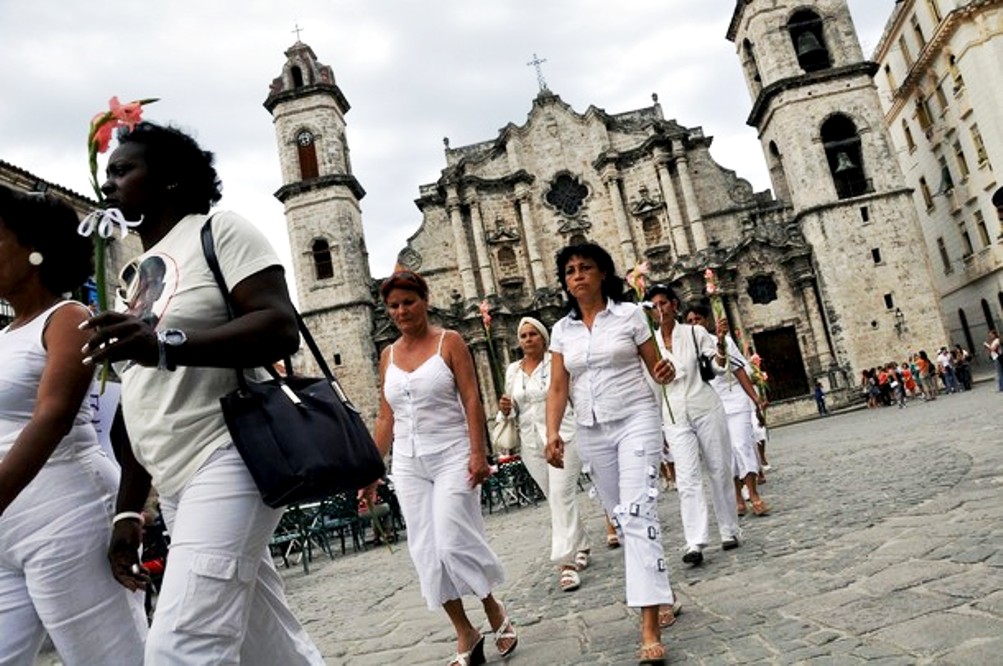 CSW has called on the Cuban leader, Raul Castro, to ensure that significant improvements are made in upholding religious freedom in 2013 after recording a dramatic increase in violations across the country as the government cracked down on religious organisations and individuals.

Church leaders in different parts of the country reported ongoing violations in the final weeks of the year. An unregistered Protestant church affiliated with the Apostolic Movement in Camaguey was threatened with demolition on 29 December. The following day, nine women affiliated with the Ladies in White movement in Holguin were arrested in the early hours of the morning and held in prison until Sunday morning Mass had ended.

CSW documented 120 reported cases of religious freedom in 2012, up from a total of 30 in 2011, some of which involved entire churches and denominations and hundreds of people. The number does not include the men and women who were arrested and imprisoned for the duration of Pope Benedict XVI’s visit in March which local human rights groups estimate to be upwards of 200.

While Roman Catholic churches reported the highest number of violations, mostly involving the arrest and arbitrary detention of parishioners attempting to attend church activities, other denominations and religious groups were also affected.  Baptist, Pentecostal and Methodist churches in different parts of the country reported consistent harassment and pressure from state security agents. Additionally, government officials continued to refuse to register some groups, including the fast-growing Protestant network the “Apostolic Movement”, threatening affiliated churches with closure, and shut down a Mormon church in Havana which had been denied official recognition.  One of the most severe cases involved the violent beating of Pentecostal pastor, Reutilio Columbie, in Moa, early in the year. Pastor Columbie suffered permanent brain damage as a result of the beating which he believes to have been orchestrated by local Communist Party officials. To date, no investigation into the beating has been carried out.

There were some improvements in the exercise of religious freedom inside Cuban prisons, however, even these were marred by government interference. A number of Protestant members of the clergy, appointed by their respective denominations to carry out prison ministry, were arbitrarily denied permission to join prison ministry teams. In addition, in the Provincial Youth Prison in Santa Clara only fourteen prisoners were permitted to participate in Christmas services. Forty prisoners, all practicing Christians, had requested permission to do so.

“We are deeply concerned by the rapid deterioration in religious freedom over the past year in Cuba. Despite promises of privileges to some religious groups, Sunday after Sunday the government continues to violate the most basic of rights: the right to freely participate in religious services and form part of a religious community without interference.  Unregistered religious groups and registered groups that have resisted government pressure have come under intense pressure, been subjected to harassment and in the worst cases come under physical attack or seen their buildings confiscated. The Cuban government’s claims of reform and respect for human rights cannot be taken seriously unless these violations are addressed and real protections for religious freedom for all put in place. We urge Raul Castro to make this a priority of the government in 2013.” 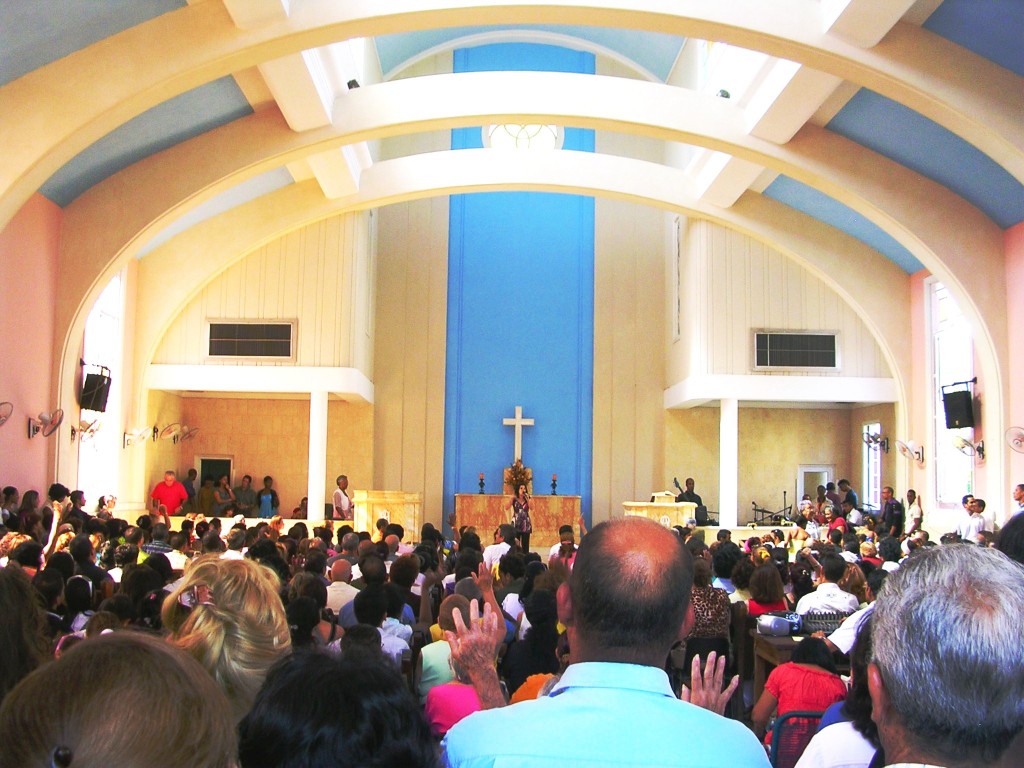 Standing Room Only at the Door. This is the Methodist Church close to the University of Havana, the name of which I have forgotten. In contrast to the pockets of white hair one sees in many Canadian churches, this is close to a sea of black hair. 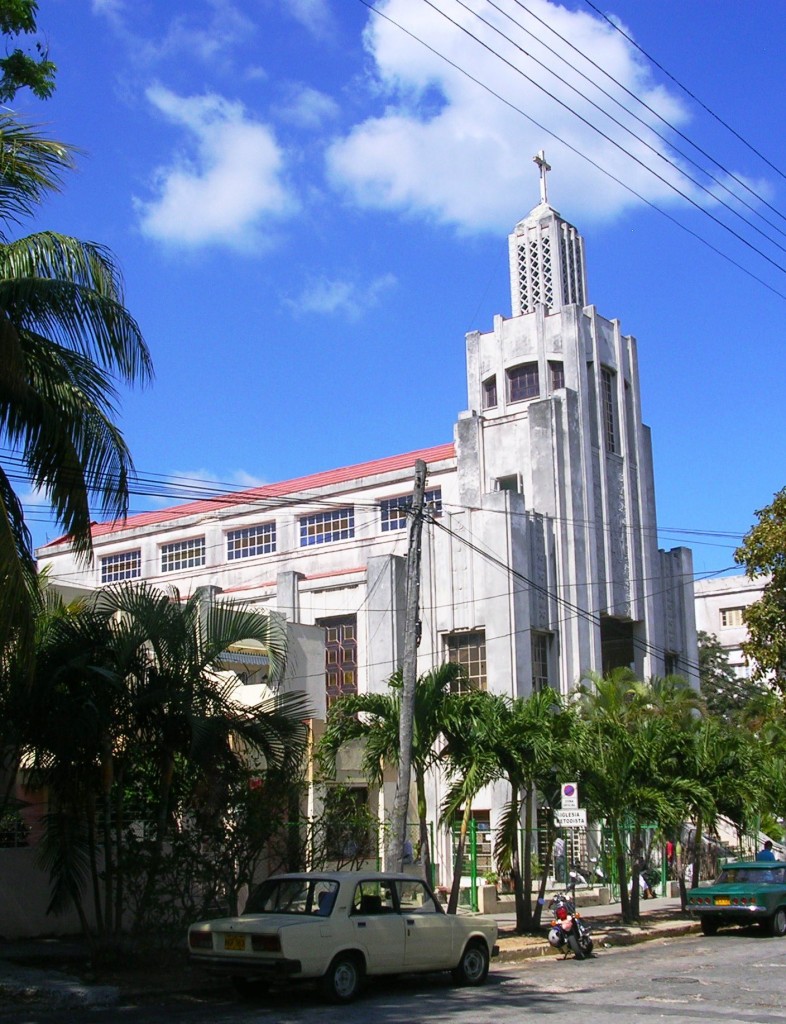 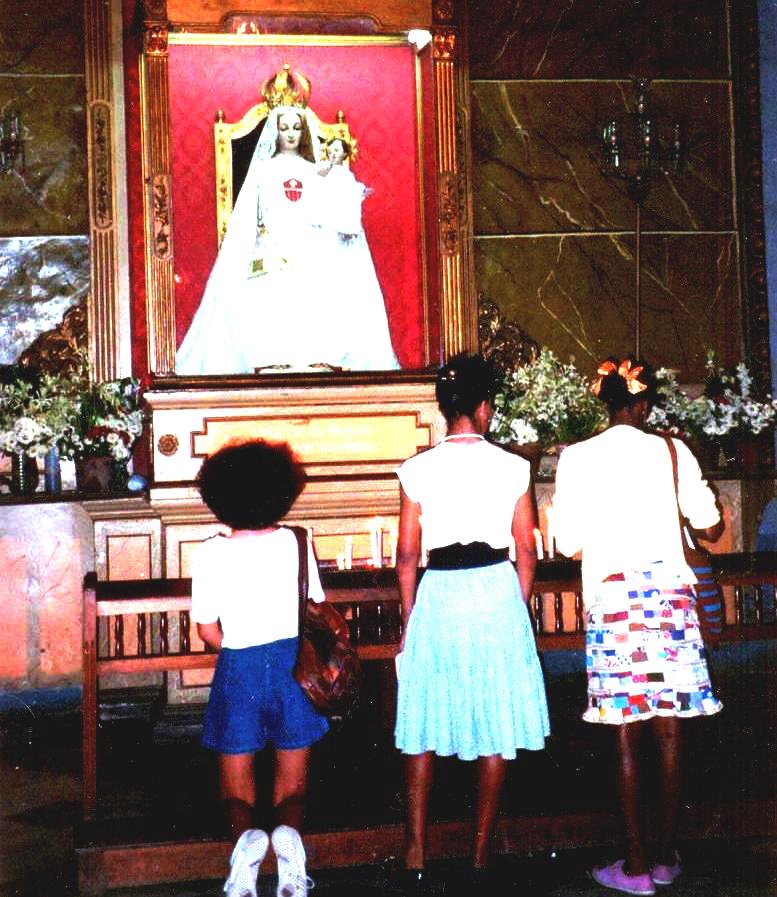