WILL A (REPUBLICAN-DOMINATED) US CONGRESS’S OMNIBUS BILL FORCE PRESIDENT OBAMA TO CHOOSE BETWEEN REVERSING HIS CUBA POLICY AND SHUTTING DOWN THE FEDERAL GOVERNMENT?

Step-by-step, legislation is working its way through Congress to curtail much of the progress President Obama is making in U.S.-Cuba relations by cutting the funds needed by federal agencies to implement his new policies.

Today, we ask: Will those who benefit most from the new policies that encourage travel and trade with Cuba do nothing but stand on the sidelines in the expectation that President Obama will veto the bills that reverse them?

In 2011, after President Obama reinstated the rules allowing Cuban Americans to visit their relatives on the island and permitting all Americans to send remittances to Cubans, hardliners used the budget process to prevent the policies from being implemented.

Back then, the White House issued a policy statement promising to veto the legislation unless the budget riders on Cuba were removed. The President’s supporters, who comprised the majority in the Senate, kept the provisions out of the big budget bills that finally emerged from paralysis and delays on Capitol Hill. Legislation reversing the modest but hopeful travel and remittance reforms never reached the President’s desk.

As a result, hundreds of thousands of journeys between the United States and Cuba have taken place every year reuniting families, while increasing numbers of Cubans receiving the economic support they needed to run their own businesses and lead more independent lives.

This is a different time. On December 17th, the President changed the whole intent of U.S. policy and the architecture of U.S.-Cuba relations.

For the first time in six decades, the U.S. government is encouraging citizen diplomacy, greater travel and trade, the telecommunications, travel, and other industries, to build relationships and stronger ties with Cuban counterparts — putting our country on the side of Cubans succeeding, rather than rooting for the Cuban government and system to fail.

That is why Jet Blue and other airlines are expanding charter services and planning commercial routes, why ferry companies are planning to set sail for Havana, why Airbnb and Netflix are hoping to build real businesses in the Cuban market, why Governors like Andrew Cuomo are trying to position companies in their states to succeed.

It is why Americans across the country, and Cuban Americans in the communities where they live, are so deeply committed to a policy that puts the Cold War behind us and puts our country on the right side of history.

Unless the Congress pulls the plug with the budget riders they’ve put into play. The House Appropriations Committee has already voted to ground new commercial or charter flights that come into being after March 15, 2015 in the transportation department budget bill.  Jet Blue and Tampa International Airport — that means you.

A similar set of restrictions in the same measure would stop the new ferries from ever leaving port, despite one estimate that says every ship put into service would provide as much as $340 million back into Florida’s economy.   Fort Lauderdale, Tampa, Orlando, Miami? Don’t spend it yet.

Even worse, as USA Today reports, there are budget restrictions yet to be voted on: restoring the limits on travel and restricting the use of American dollars on the island — take that MasterCard and American Express.

Where are the adults? Not in the House. Speaker John Boehner, as the Washington Post reported this morning is giving the greenlight to hardliners who are “interested in stopping this progression toward normal relations with Cuba.”

Certainly not in the Senate, where hardliners won’t allow an Ambassador to be confirmed to represent our country and its interests in the new embassy in Havana, should they allow it the funds to open at all.

Here’s the bottom line. Whether Congress follows the regular order and starts enacting bills to finance Cabinet departments separately — or it wraps them all together in one giant package — sooner or later all these restrictions are going to land with a thump and a thud on President Obama’s Oval Office desk.

Congress may even force him to choose between closing down his Cuba policy and shutting down the federal government.

We think the President will warm up his veto pen and choose to save a policy that is good for our country, good for Cubans, and a cornerstone of his foreign policy legacy.

And so we ask again, as we did at the outset: will those who stand to benefit most from his decisions make him face that choice alone?

“I expect the end to come soon.”

Miriam Leiva wrote these words about her husband, Oscar Espinoza Chepe, whose long struggle against liver disease seems near its end in Hospital Fuenfría near Madrid in Spain.  As we read her message, we were reminded why we respect this couple so much.

They just like to tell the truth as they see it.

Their candor made some people in Havana and Miami very uncomfortable.  Three years ago, Oscar referred to hardliners in both cities as “The Taliban.”  This may explain why Oscar and Miriam are rarely mentioned by the embargo’s biggest supporters in Washington, because their views never fit so neatly into the hardliner’s black-and-white definition of what constitutes “dissent.”

Oscar Espinosa Chepe, an economist and independent journalist, fell from grace in Cuba more than once. In the 1960s, after serving as an economist for Fidel Castro, he was sent to work in the fields after he expressed negative views about the economic situation in his country.

In the 1980s, Oscar, back in favor and working as an economic counselor, served for three years in Eastern Europe with Miriam, then a member of Cuba’s foreign service, just as perestroika was beginning to take hold.  But, upon their return to Cuba for a vacation, they were told they could not go back to Europe.  Instead, Oscar was assigned to work at the National Central Bank of Cuba.

In 1992, they were called to a meeting where Oscar was called out as “counter-revolutionary.” For the next twenty years, he and Miriam were devoted activists, though, as Oscar said, “We expressed our views in a pacific way.”

Oscar was arrested with 74 others in Cuba’s March 2003 crackdown.  Sentenced to twenty years, Oscar left prison after twenty months, released on a temporary medical parole; at any time, authorities could have ruled he was no longer sick and returned him to custody.

Nevertheless, upon leaving custody, Oscar resumed speaking his mind.  While he praised President Raúl Castro’s economic reforms as sensible and rational if incomplete, he was sharply critical of officials inside the system who were obstacles to change, and criticized those who saw private property as incompatible with social justice.

He chastised the government for failing to reciprocate President Obama’s “gestures,” the reforms on family and people-to-people travel.  He expressed his bewilderment at the imprisonment at Alan Gross and thought he should be set free.

This record of speaking out could have endeared Oscar to sanctions supporters in Miami except for his unshirted contempt for those he called “Hardliners for Castro.” He believed their support of sanctions kept Cubans hostage to their dreams of returning to power in a Cuba that last existed during Batista’s reign in the 1950s.  He resented their attacks on Cuba’s Catholic Church, which was instrumental in freeing the remaining prisoners arrested in 2003, along with many others.

In his statement opposing travel restrictions offered by Rep. Mario Díaz-Balart, Oscar said: “If the policies proposed for Cuba by the hardliners had been maintained for Eastern Europe and China, we would possibly still have a Berlin Wall and the heirs of the Gang of Four would still govern China.”

Oscar and Miriam, in their work together, were motivated by a spirit of reconciliation that included everyone; even those who took no personal risks, but sat in air conditioned offices far from Cuba and questioned their credibility as political activists.  Instead, they chose to believe that all Cubans could work together, that families could reunite, and that “all animosity prevailing in our country since March 10, 1952 can be overcome.”

Earlier this year, a medical crisis led them to depart Cuba for Spain, so Oscar could receive what Miriam then called “urgent” medical attention for his chronic liver failure.

Another truth Oscar never left unspoken was his love for Miriam, especially when he recalled the vigils she organized with other spouses and family members of the 75 detainees.  He once said of her: “She is modest. She is brave, especially as demonstrated by her actions while I was in prison.”  Whether he was in Guantanamo or Santiago de Cuba, “she was there.”

Now, on another vigil, Miriam is there for Oscar again.  By posting updates on Facebook and a blog, Reconciliación Cubana, she has made it possible for us to accompany her on this sad, respectful, journey that she hopes will end soon. 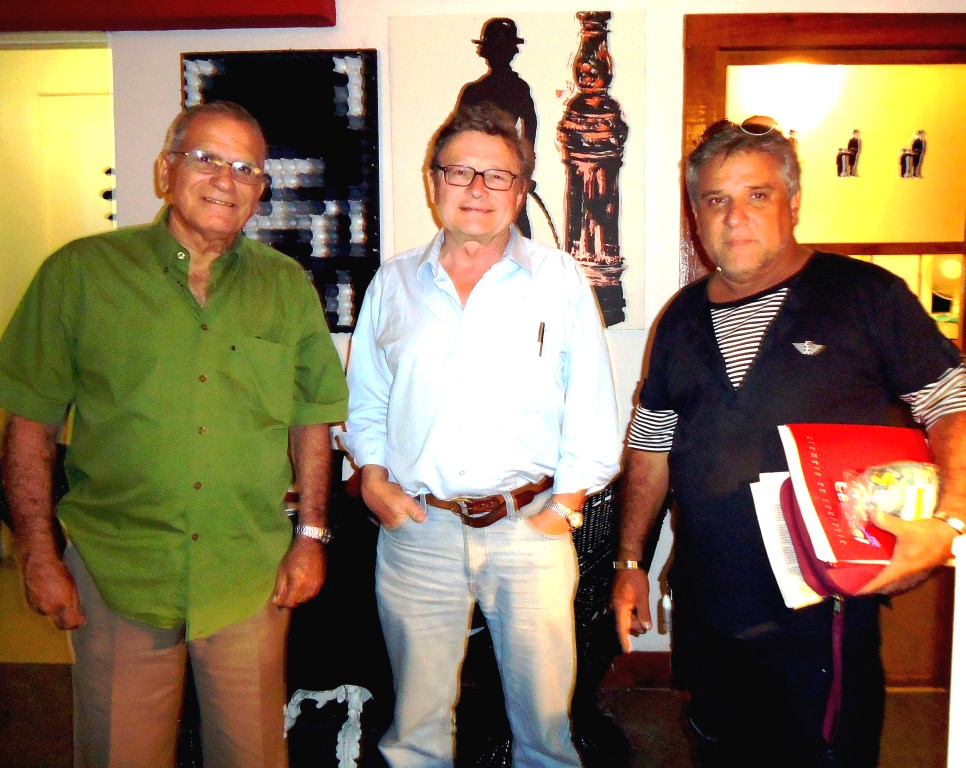