“Review of “The Politics of Canada-Cuba Relations: Emerging Possibilities and Diverse Challenges.”

Calum McNeil, “To Engage or not to Engage: An (A)ffective Argument in Favor of a Policy of Engagement with Cuba”

Raúl Rodríguez Rodríguez, “Canada and the Cuban Revolution: Defining the Rules of Engagement 1959-1962” 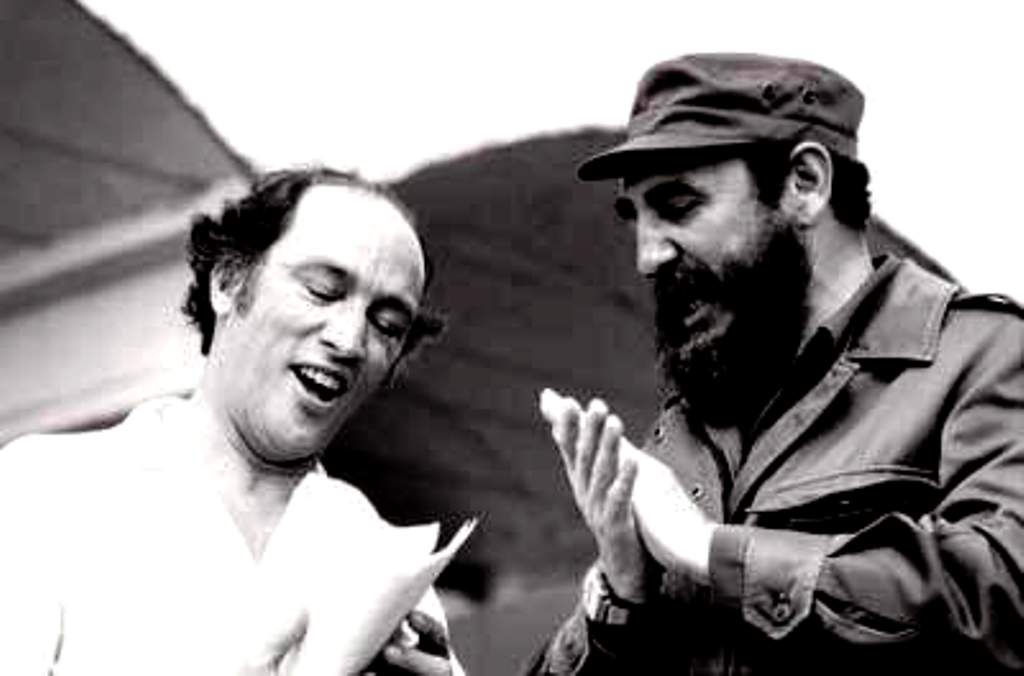 Trudeau and Castro in Havana, 1976

In early January 2012, Diane Ablonczy, the Canadian Minister of State for Latin America, travelled to Cuba for her first official visit to the island. In contrast to her party’s longstanding position on Cuba, Ablonczy – one of the more conservative Conservatives – went, not to lecture Cuba on human rights, but to talk business, a softening of Ottawa’s attitude on a thorny issue and a volte-face seen also in recent Canadian policy toward China. At the same time as Ablonczy set off for Havana, Canadians of all sorts were beginning their annual trek from their wintry homeland to Cuba’s sunny shores. Indeed, benefitting from their country’s stance of maintaining open diplomatic and economic relations with Cuba, over one million Canadians were expected to make the trip.1 Yet all was not well with Canadian-Cuban relations that year. In April, on the front page of Granma, Fidel Castro delivered a withering attack on Canada both for the environmental damage wrought by Canadian companies overseas and for Ottawa’s seeming support of London over the Falkland Islands. A week later, at the Summit of the Americas in Cartagena, Stephen Harper, Canada’s prime minister, sided with Barack Obama in blocking an attempt by Latin American nations to invite Cuba to the next summit meeting.2 As these instances show, relations between Ottawa and Havana can be oddly ambivalent. Still, such ups and downs are reflective of a normal state-to-state relationship, one that stands in stark contrast to the hostility between Havana and Washington.

To assess the Canadian-Cuban relationship, Lana Wylie, a professor at McMaster University who over the last few years has done much to deepen understanding of the Canada-Cuba dyad, has brought together a diverse group of scholars for a special issue of the Canadian Foreign Policy Journal examining “The Politics of Canada-Cuba Relations: Emerging Possibilities and Diverse Challenges”.3 As Wylie explains in her introduction, in light of changes on the island – Raul Castro’s assumption of the presidency and his resulting reforms – and the prospect of a softening of U.S. policy under President Barack Obama, there is a need for such an examination. The contributors, who range from academic stalwarts – John Kirk, Peter McKenna and Arch Ritter – to, importantly, Cuban scholars – Raúl Rodríguez and Luis René Fernández Tabío – provide perceptive prognostications, interesting insights, and prudent prescriptions about the relationship between Canada and Cuba.

Disagreements between Canada and Cuba – on human rights, the Falklands, free trade – have not resulted in the sundering of normal relations, nor are there any signs that they will. Engagement between the two countries, constructive or not, thankfully continues, as does the very valuable people-to-people contact between Canadians and Cubans. The contributions to this collection are an excellent example of the benefits of academic exchange between Canadians and Cubans, and scholars and policymakers interested in the bilateral relationship between these two countries will be well-served by reading them. 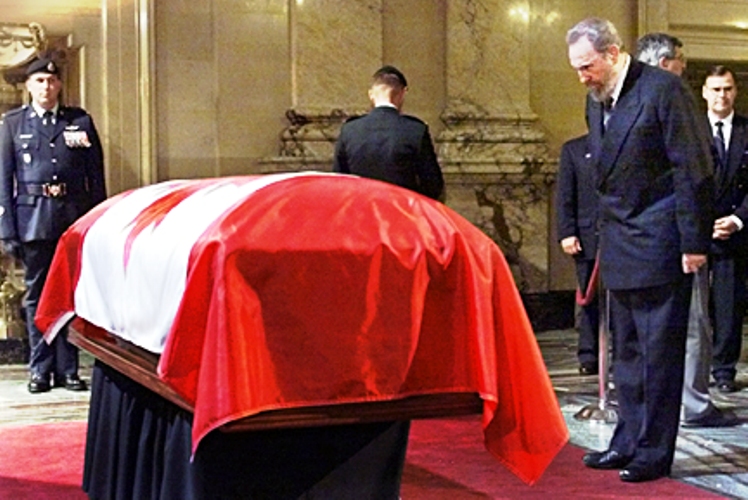 Fidel Castro at the Funeral of Pierre Trudeau, September 2000 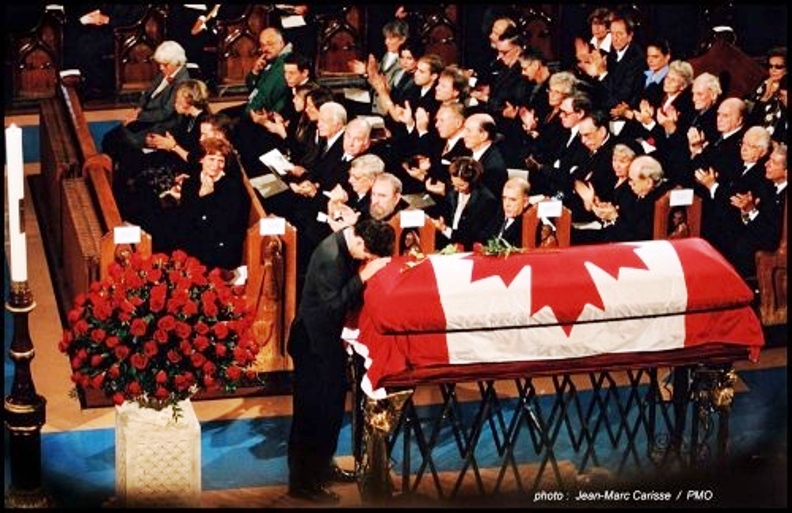