From her Blog, Sin Evasion/ Without Evasion 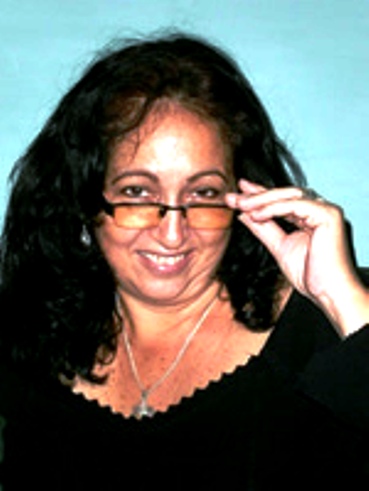 The recent ascent of the Cuban President-General to the head of the Community of Latin American and Caribbean States (CELAC) and the silent tolerance or evident indulgence of thirty democratic nations, even before the arrogance that permeated his speeches, highlights the political cross-dressing of “our America”.

Some specific details on the speeches of Castro II, like lessons he offered his… counterparts(?) with regard to drug trafficking and consumption, based on the Cuban experience, on the strategic utility of the death penalty and the egregious disrespect he demonstrated against  the will of the majority of the Puerto Rican people – who recently endorsed their sovereign decision to remain a commonwealth – when he expressed his regret at the absence of that island nation at the conclave, and his wish that one day it would serve on the CELAC, are just an example of how we need to advance the region’s democratic culture.

The General’s blunders were welcomed by undaunted representatives of Latin-American democracies attending the meeting, who even applauded the rudeness of the old former guerrilla, wearing a civilian costume for the occasion. So we attended, among smiles, compliments, and handshakes, the alliance of democratically elected governments in the region – whose countries have multiparty systems, freedom of movement, of expression and of the press, freedom of association and other civil advantages that embellish democracies – with the ancient Antillean satrapy, thus legitimizing his dictatorship. The new Latin-American principle was explicitly made: gloss over what they have termed “our ideological and political differences in order to consolidate “the unity of our sister countries” and maintain “the respect to self-determination” of each peoples.

Obviously, the thirty-plus Latin American governments meeting in Santiago de Chile decided that the totalitarianism imposed on Cuba is not only an “ideology”, but has long remained in power thanks to the self-determination of the Cuban people (though we have to admit that they may have a point in the latter). Perhaps Chavez’s oil, the subtle detail that the new capital of Venezuela is located in Havana or that the investments of certain Latin-American enterprises in Cuba might have had something to do with such regional empathy.

Another thing that was not clear to me was what commitments the Cuban government might have entered into with the CELAC chairmanship, what advantages Cubans could expect from those commitments and what the projections are for the medium and long terms as far as the progress of the Latin American and Caribbean countries. At least from what they aired in Cuba, the speeches were geared more towards historical references that would justify our supposed common identity, towards the need to overcome poverty, and the command to create a common front in the presence of powerful economies of the developed nations of the First World. Too many clichés in the speeches. As is customary, there were also many “what’s” but few “how’s”.

In this vein, while in Cuba’s interior the dictatorship does not give one iota about civil liberties, it flaunts the presidency of the umbrella organization of democratic nations in the region. The General’s aggressive speech, presenting the violence of the Cuban experience as the legitimate letter of the government, seems to enjoy the complicity of those attending the regional event while the loneliness and helplessness of the Cuban people escalates. The dictatorship’s summit has ended, and, as for me, if those governments exemplify our siblings, then I’d rather be an only child. 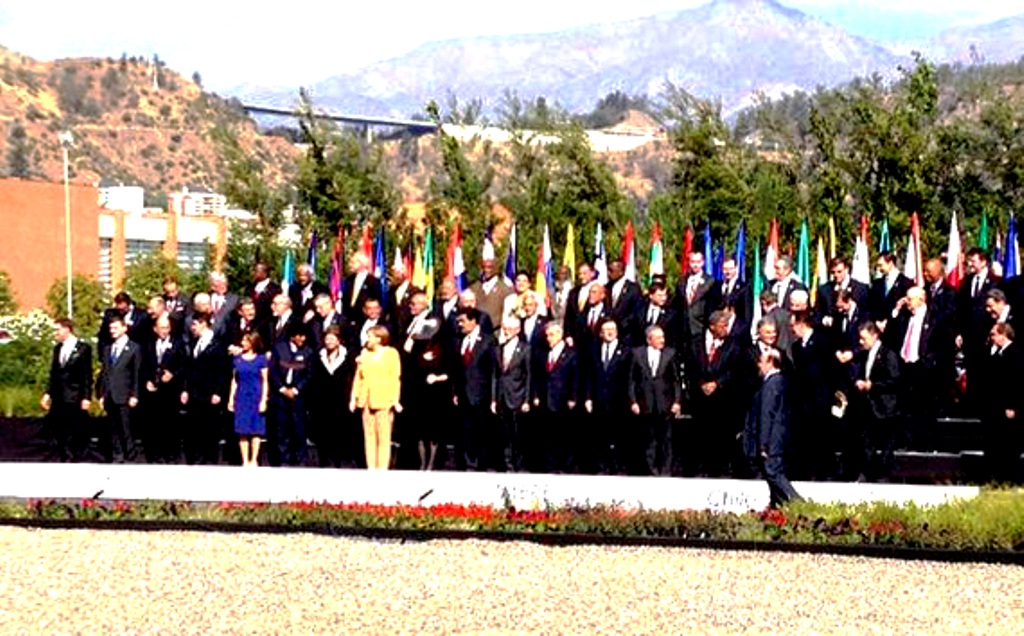 Head of Cuba’s Council of State

Chairman of the Community of Latin American and Caribbean States (CELAC)

When you were sworn in as chairman of the Community of Latin American and Caribbean States (CELAC) for one year at the end of the recent CELAC summit in the Chilean capital of Santiago, you undertook to act “with total respect for international law, the United Nations charter and the fundamental principles governing relations between countries.” In your 28 January speech, you also declared your intention to reject “interference, aggression, threats and use of force” and to promote “dialogue.”

Reporters Without Borders, an international organization that defends freedom of information, hopes that these undertakings will quickly be given concrete expression in your own country. Cuba’s legitimate desire to participate in the process of regional integration and the desire for openness seen in certain reforms currently under way need to be accompanied by long-awaited progress in respect for fundamental freedoms

The migration law reform that took effect on 14 January is a major step forward. It means that Cubans who want to travel abroad no longer need an exit permit and are guaranteed the right to return. It must be applied to all citizens without distinction. The blogger Yoani Sánchez, who has obtained a passport, must be allowed to return at the end of the regional trip she plans to begin soon. The door should also be open for all the journalists and dissidents who want to come back after being forced into exile, and for all those in Cuba who would now like to travel. The dialogue you seek makes this promise imperative.

This dialogue will only be possible if Cuba stops cracking down on citizens “guilty” of providing domestic news coverage that is not controlled by the state. The authorities must abolish this control at once, recognize diverse news reporting and release all those who have been unjustly imprisoned. Your stated desire to comply with international law and the UN charter means that your government must now urgently ratify the two UN conventions on civil and political rights that it signed in 2008. And several dramatic situations can be resolved without waiting a moment longer.

Hablemos Press reporter Calixto Ramón Martínez Arias, who has been held for nearly five months, is facing a possible three-year jail term for “insulting the head of state.” In fact, this independent journalist is being punished for publishing information about cholera and dengue epidemics that was eventually confirmed by the government.

Luis Antonio Torres, a journalist employed by the state-owned daily Granma, was sentenced to 14 years in prison in July 2012 on unsubstantiated spying charges after reporting information of public interest about the negative consequences of certain infrastructural projects. Is talking about embarrassing facts tantamount to conspiracy against the state?

We are similarly concerned about Ángel Santiesteban-Prats, a recognized writer and intellectual and winner of various prizes, who was sentenced to five years in prison on 8 December on trumped-up charges of “home violation” and “injuries” after a trial with bribed witnesses. All he did was criticize your government on his blog. He could be arrested to begin serving his sentence at any moment.

Finally, Reporters Without Borders, has learned that the independent journalist Héctor Julio Cedeño was arrested in Havana on 5 February just for photographing state inspectors harassing street vendors, and that he is still being held. Does this kind of obstruction and persecution really help the critical debate you advocate?

Internet still held up despite ALBA-1

Information is needed to underpin the exchange of ideas and opinions that makes a society live and evolve. This is why Internet progress should benefit all Cubans. The ALBA-1 submarine cable linking Cuba to Venezuela, which recently came into service, now makes it possible to overcome the limitations on Internet connections.

You have often blamed these limitations on the impossibility of using other cables because of the embargo of Cuba that the United States has imposed since 1962, an embargo whose lifting we have repeatedly requested. Our position on this is unchanged. The ALBA-1 cable must now be used for all Cubans to have unimpeded access to the Internet.

We thank you in advance for the attention you give to this letter. 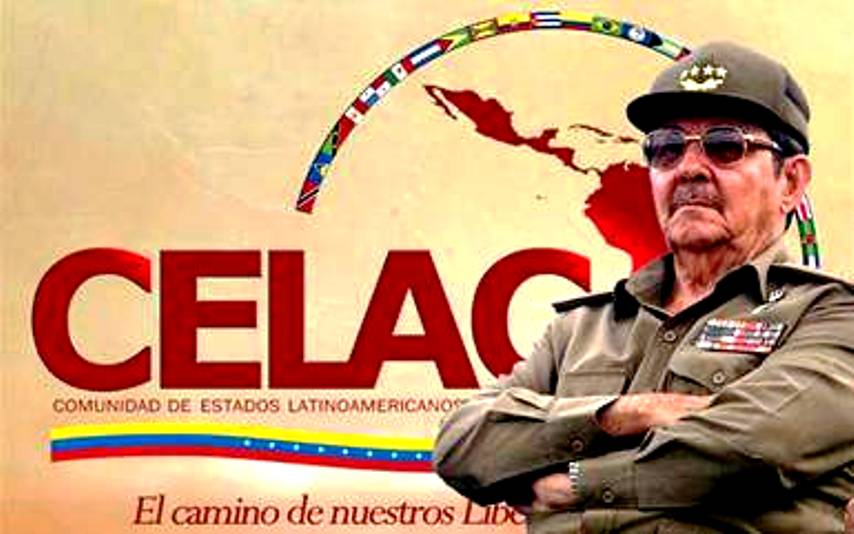 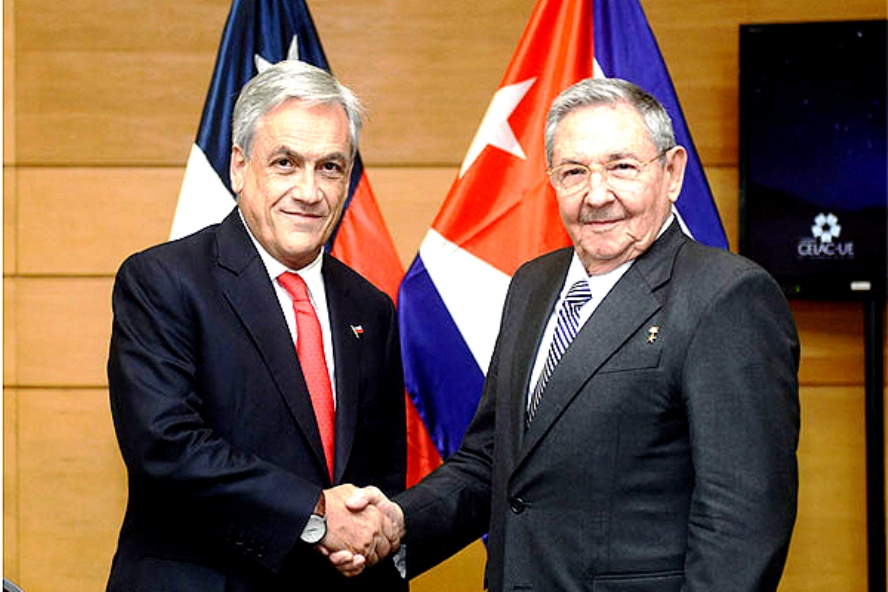 Sebastian Pinera, President of Chile, handing over to Raul