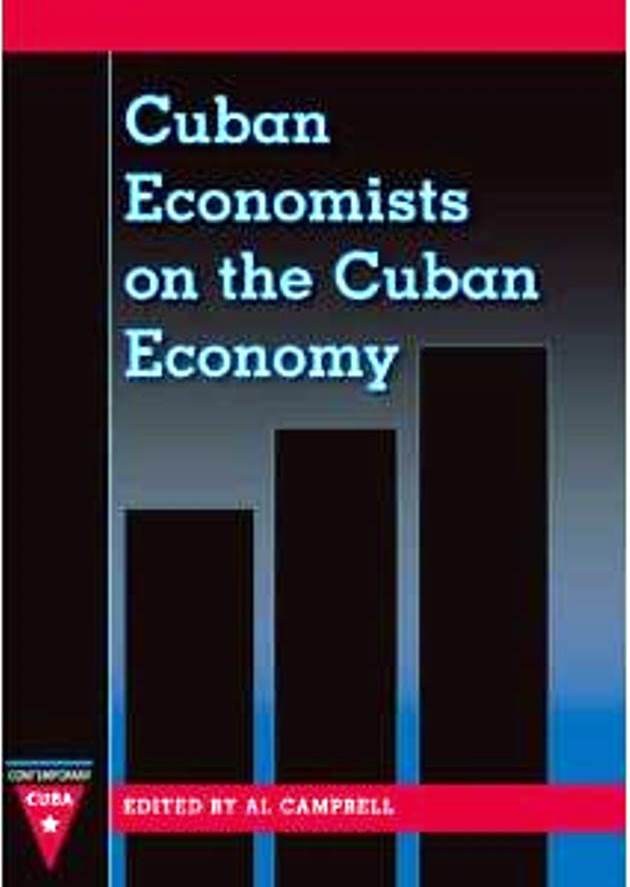 Eight years after the accession of Raúl, it is time for an analysis and evaluation of his revised approach to economic management. Not surprisingly, a large number of books dedicated to this task have been published recently.[i] Among these is an interesting volume edited by  Al Campbell of the University of Utah appeared in 2013.

Al Campbell’s collection of essays, Cuban Economists on the Cuban Economy, purposely includes some well-established analysts some of whom are less well-known outside of Cuba because they write in Spanish mainly for domestic policy formulation and publication. It is tempting to label these authors the “old guard” but some such as Miguel Figueras and José Luis Rodríguez can be said to have been moderate reformists as well, and all profess to be supporters of Raúl’s reforms. It is pleasing to see some new work by senior economists such as Figueras,. Rodríguez and the late Ángela Ferriol.

Generally, the volume strikes an “oficialista” tone, and excludes those economists from the University of Havana Center for Studies on the Cuban Economy who have been analyzing the reform process for the last 20 years as well as so-called “dissident” economists.

The volume seems to have passed its “best before….” date as the essays were written in the first half of 2010 using data up to 2008 or 2007. The authors were instructed to focus on the “Special Period” following the dissolution of the Soviet Union and consequent dramatic cuts in Soviet aid to Cuba; they “were specifically asked not to comment on the proposed reforms in their final chapter revisions…”  (Campbell  p.7)  Unfortunately this reduces the relevance of the book for assessing the economic experience and analyzing post 2010 policy reforms during Raúl’s Presidency. It would indeed be interesting to have the frank evaluations of Raúl’s reforms since 2011 from this group of analysts. The volume is nonetheless useful for understanding the economic challenges that Raúl inherited.

The Campbell collection includes twelve essays grouped in three sections.”  Section I, “The Macroeconomy,” includes a chapter by José Luis Rodríguez reviewing the general macroeconomic experience of the 1979-2009 period, a chapter by Oscar U-Echevarría Vallejo on changing development strategies, policy reforms and sectorial changes in the whole 1959-2009 period; a chapter on Cuba’s changing international economic relations during the “Special Period” by Nancy Quiñones Chang, and a description of the planning process prior to the expansion of the private sector after 2010 by Elena Álvares González.

The second section focuses on socioeconomic issues. An essay by Rita Castiñeiras García on “…The Human Dimension….” constitutes an uncritical listing of the achievements of the Revolution. For example, she accepts as a significant advance the expansion of the university system to include over 700 centers (Castiñeiras García p.156). But in 2011 under Raúl, the huge expansion of the university system was reversed and reduced to 119 centers with a large cut in enrolments as well. (Mesa-Lago, p.144) The essay by Juan Carlos Alfonso Fraga on demography and the aging of the population is useful, with its focus on the aging process, its consequences and relevant public policies.  Some analysis of Cuba’s fertility rate, its determinants and relevant public policies would also have been welcome; this is now 1.4 children per woman, the lowest in the Hemisphere, among the lowest in the world and well below the 2.2 level necessary for long-term sustainability.[1]

Ángela Ferriol’s essay on poverty acknowledges its existence in Cuba and outlines the programs designed to reduce it. A chapter on labor issues by Alfredo Morales Cartaya paints a Pollyanna picture, ignoring the collapse of the real value of wages, salaries, pensions and social security payments since 1990. Omitted as well is any consideration of the absence of meaningful collective bargaining, the right to strike and independent labor unions.

The third section then includes two essays on tourism, one on agriculture, and one on “knowledge-based” industries. The latter two essays are particularly unhelpful and offer virtually no serious policy analysis or evaluation.

[i] Among other volumes recently published on the reform process under President Raul Castro are the following:

This entry was posted in Blog, Featured and tagged Book Review. Bookmark the permalink.