Robert Muse: “US PRESIDENTIAL ACTION ON CUBA: THE NEW NORMALIZATION?”

Robert Muse, a Washington-based lawyer who has analyzed and written on US-Cuba relations for many years, has just published an article explaining how President Obama could use his executive authority to move towards normalization with Cuba.

The full article is published in “Americas Quarterly” here: http://www.americasquarterly.org/charticles/the-new-normalization/.

It would be truly gratifying if staff in the White House read and acted upon the Muse “road-map” towards normalization, finally ending the 50 year policy failure on the part of the United States towards Cuba.  Unfortunately this looks increasingly improbable in the last two years of the Obama Presidency, in view of the negative position stated by a White House spokesman November 20, 2014.

(“Unless Cuba is able to demonstrate that it is taking significant steps, I don’t know how we could move forward in our relationship,” said Antony J. Blinken, deputy national security adviser, during a hearing in the US Senate, according to the Havana Times.  ) 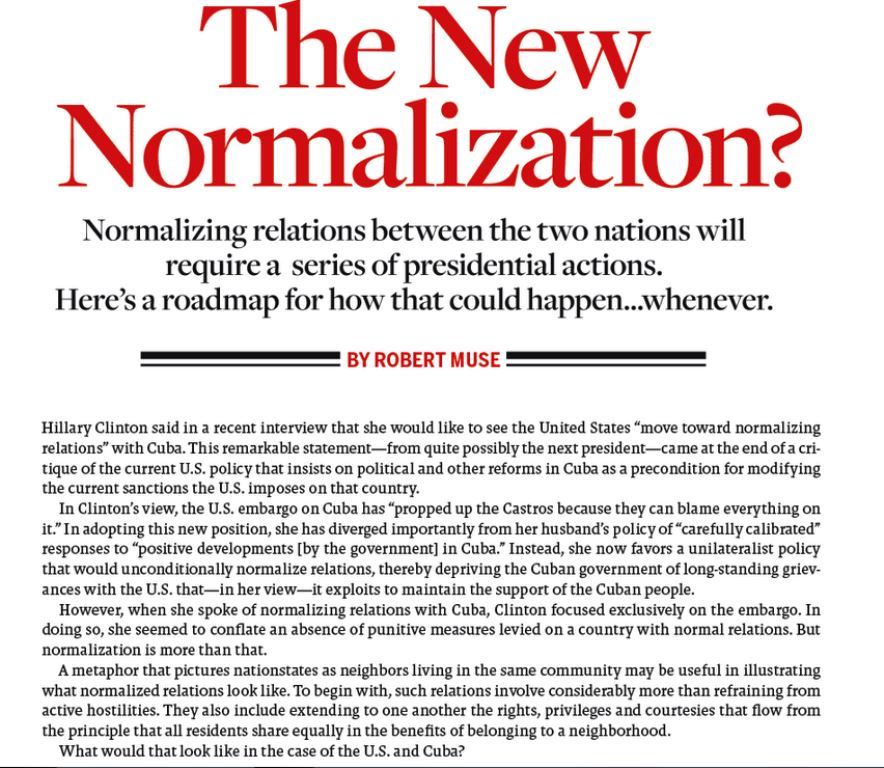 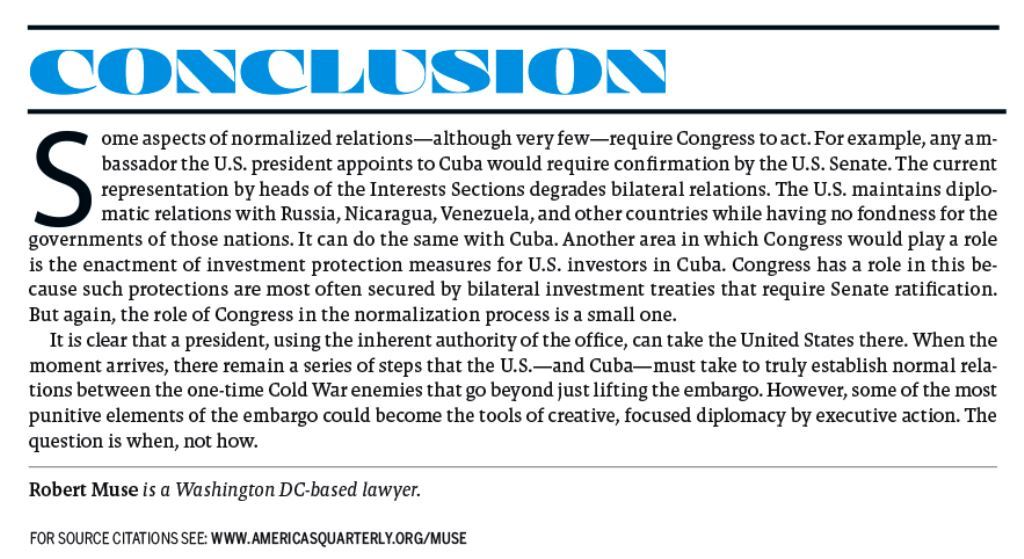 Robert Muse is a lawyer in Washington, D.C. with substantial experience in U.S. laws relating to Cuba. Among his clients are major corporations engaged in international trade and foreign direct investment. He has testified on legal issues involving Cuba before the Foreign Relations Committee of the United States Senate; the Foreign Affairs and International Trade Standing Committee of the Canadian House of Commons; the Trade Subcommittee of the Ways and Means Committee of the U.S. House of Representatives and the External Economic Relations Committee of the European Parliament (Brussels) as well as the Parliament’s inter-party group on Cuba (Strasbourg). Mr. Muse has delivered papers on the Helms-Burton Act and other U.S. embargo laws pertaining to Cuba at conferences sponsored by The Economist and various legal and international relations foundations based in London, Miami, Washington, D.C., Brussels, Toronto, Ottawa, Havana, Madrid, Barcelona, and Amsterdam.