DOES CUBA HAVE A FUTURE IN MANUFACTURING?

Cuba has experienced a serious “de-industrialization” from which, by mid-2016, it had not recovered. The causes of the collapse are complex and multi-dimensional. The consequences include job and income loss, the loss of an important part of its economic base, the loss of much of the potential for export expansion and diversification, and rust-belt style industrial and urban decay. Can Cuba‘s manufacturing sector recover from this collapse? What can be done to reverse this situation? 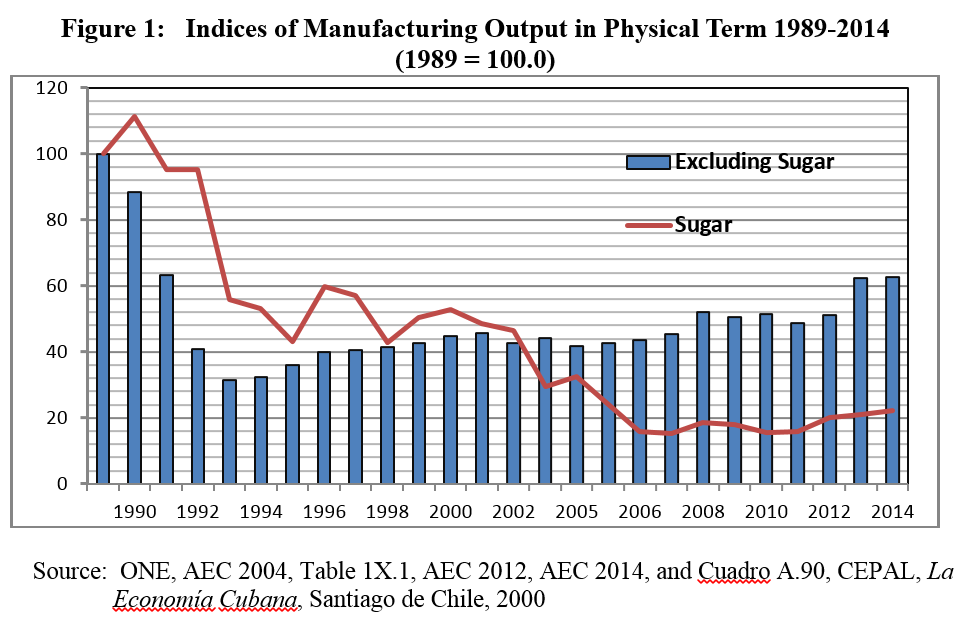 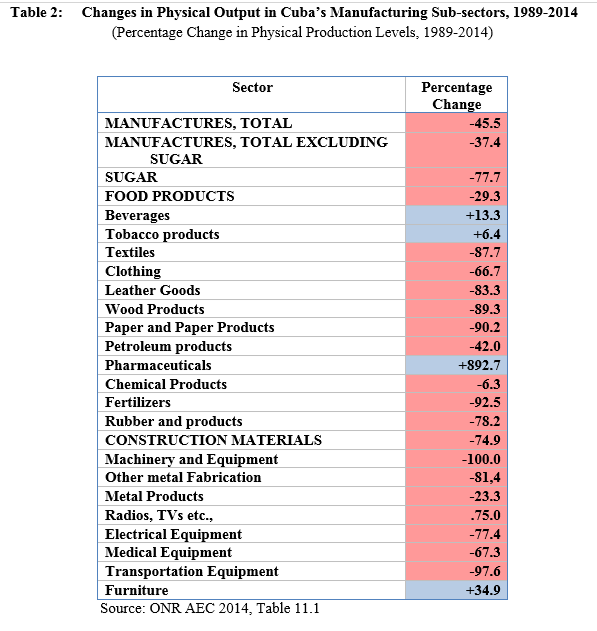 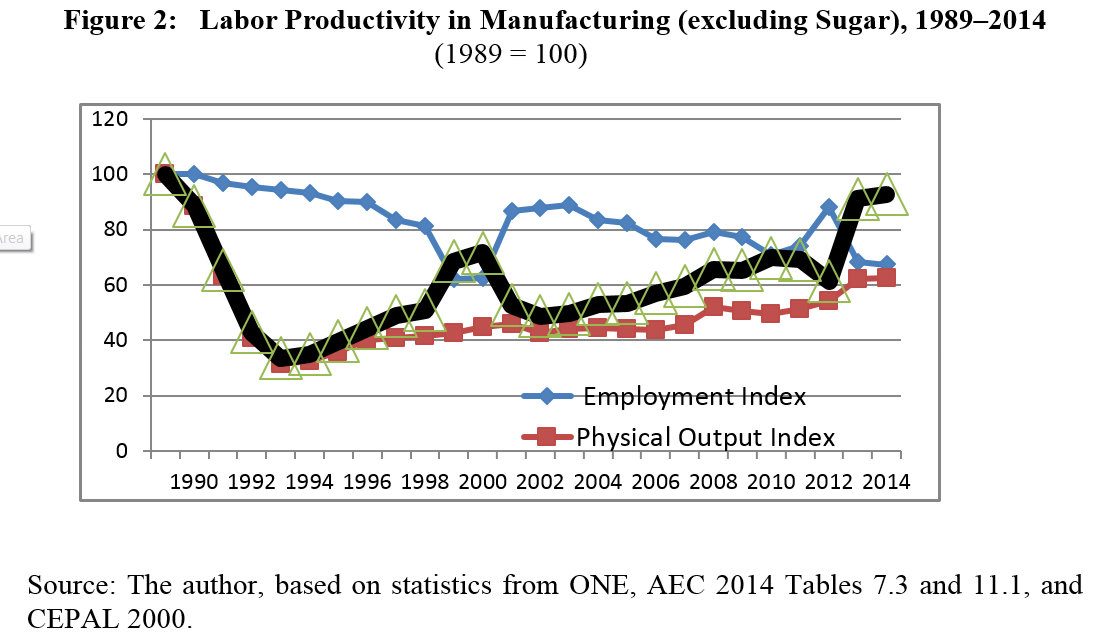 III.  THE “LINEAMIENTOS” ON MANUFACTURING

IV. WHAT MIGHT BE THE SUCCESSFUL MANUFACTURING SUB-SECTORS IN FUTURE?

V.  A POLICY ENVIRONMENT FOR THE PROMOTION OF MANUFACTURING

.But Cuba also has important advantages:

So, does Cuba have a future in manufacturing?

The answer is “Yes” – if policy reforms are significant and expeditious regarding further enterprise liberalization and taxation and if successful monetary and exchange rate reform lead to currency convertibility.  (However, I am a pathological optimist.)

A broad-based industrial revival for Cuba is possible but will be difficult.