A new study by Richard Feinberg on direct foreign investment in the Cuban context has just been published by the Brookings Institution.  This is the best recent study on the topic and is well worth a read. The Introduction and the recommendations that are relevant for the Cuban Government are presented below.

The complete report is located here:  Feinberg, The New Cuban Economy, What Role for Foreign Investment 2012

The Cuban revolution defined itself in large measure in terms of what it was not: not a dependency of the United States; not a dominion governed by global corporations; not a liberal, market-driven economy. As the guerrilla army made its triumphal entry into Havana and the infant revolution shifted leftward, a hallmark of its anti-imperialist ethos became the loudly proclaimed nationalizations of the U.S.-based firms that had controlled many key sectors of the Cuban economy, including hotels and gambling casinos, public utilities, oil refineries, and the rich sugar mills. In the strategic conflict with the United States, the “historic enemy,” the revolution consolidated its power through the excision of the U.S. economic presence.

For revolutionary Cuba, foreign investment has been about more than dollars and cents. It’s about cultural identity and national sovereignty. It’s also about a model of socialist planning, a hybrid of Marxist-Leninism and Fidelismo, which has jealously guarded its domination over all aspects of the economy. During its five decades of rule, the regime’s political and social goals always dominated economic policy; security of the revolution trumped productivity.

Fidel Castro’s brand of anti-capitalism included a strong dose of anti-globalization. For many years, El Comandante en Jefe hosted a large international conference on globalization where he would lecture thousands of delegates with his denunciations of the many evils of multinational firms that spread brutal exploitation and dehumanizing inequality around the world. Not surprisingly, Cuba has received  remarkably small inflows of foreign investment, even taking into account the size of its economy. In the 21st century, the globe is awash in trans-border investments by corporations, large and small. Many developing countries, other than those damaged by severe civil conflicts, receive shares that significantly bolster their growth prospects.

The expansion of foreign direct investment (FDI) into developing countries is one of the great stories of recent decades, rising from $14 billion in 1985 to $617 billion in 2010.1 While FDI2 cannot substitute for domestic savings and investment, it can add significantly to domestic efforts and significantly speed growth.

Today’s ailing Cuban economy, whose 11.2 million people yield the modest GNP reported officially at $64 billion3 (and possibly much less at realistic exchange rates), badly need additional external cooperation— notwithstanding heavily-subsidized oil imports from Venezuela. As with any economy, domestic choices made at home and by Cubans will largely determine the country’s fate. Yet, as Cubans have been well aware since the arrival of Christopher Columbus, the encroaching international economy matters greatly; it can be a source of not only harsh punishments but also great benefits.

In the Brookings Institution monograph Reaching Out: Cuba’s New Economy and the International Response, I explored the modest contributions already being made by certain bilateral and regional cooperation agencies and the larger potential benefits awaiting Cuba if it joins the core global and regional financial institutions—namely the International Monetary Fund, the World Bank, the Inter- American Development Bank, and the Andean Development Corporation.

This sequel explores the contributions that private foreign investments have been making, and could make on a much greater scale, to propel Cuba onto a more prosperous and sustainable growth path.

It is time for Cuba to extract its rightful share of benefits from participating actively in the global economy. But the Cuban economy has a long way to go before most foreign investors would be willing to take significant risks on the island. Most importantly, Cuba needs to overcome its animosities and fears and reach a national  consensus that, as a small island economy, its economic future depends upon a healthy engagement with the international economy. As many other proud nations have discovered, it is possible to accept FDI without sacrificing national sovereignty and governance capacity. On the contrary, FDI can provide resources—including investment capital and fiscal revenues—that enhance national choices.

If Cuba had allowed FDI inflows equal to 5 percent of its GDP during the last decade, or roughly $2.5 billion a year, Cuba would have supplemented its domestic savings by some $25 billion.  This would have enhanced its ability to recapitalize its productive base while preserving and upgrading the quality of its social services. The Cuban government should send clear signals—including to its own bureaucrats—that it has moved beyond ambiguity and distrust toward a reasoned appreciation of the benefits that foreign investment can bring to a small island economy. To begin to gradually improve the investment climate, Cuba could:

• Complement the 2011 reform guidelines with a coherent national competitiveness strategy that announces a prominent role for foreign investment. In designing this forward-looking strategy, the government should consult with existing joint venture executives.

• Completely overhaul the investment approval process, making it more transparent and much faster, as promised in the 2011 guidelines. To facilitate rational decision making by both parties, representatives of proposed investments should have ready access to responsible government officials. So that potential investors can better design projects to meet Cuban national priorities, official rulings should be accompanied by robust explanations. Smaller investments should be placed on a fast-track authorization process.

• Detail the approval criteria for the new FTZs, with its fiscal incentives, and include a coherent list of priority clusters.

• Remove the fixed-time horizon facing investments outside of the FTZs, which promotes myopic behavior and disinvestment as the deadline approaches.

• Not exclude multinationals that serve the domestic market simply because they do not readily fit into a national export promotion strategy. Cuban firms cannot replicate the massiveR&D and product innovation pipelines that characterize international giants such as Nestlé or Unilever, and whose outputs Cuban consumers will demand.

• Build forcefully on the successful strategy of selling quality Cuban products through established international marketing machines. This can be accomplished, for example, by forging alliances among pharmaceutical giants with global reach to make patented Cuban medical innovations available to consumers worldwide.

• Encourage FDI to integrate local firms into their supply chains. An inter-ministerial committee should build an integrated strategy to assist local firms to meet acquisition requirements. Include private businesses and cooperatives in an ambitious trade facilitation strategy that targets small and medium enterprises.

• Permit foreign investors to form a business association that would allow them to engage in a constructive dialogue with the government. Encourage investors to adapt corporate responsibility practices that observe Cuban laws and national goals and serve corporate stakeholders, including workers, communities, and consumers.

• Sharply reduce the implicit tax on labor, to the benefit of Cuban workers and the competitiveness of exports. Eventually dismantle the dual currency labor payment system altogether.

• Recast the anti-corruption campaign to focus on root causes: low wages and nontransparency.This can be done, for example, by shining sunlight on the procurement procedures of government entities and SOEs. Combating corruption in both the public and private spheres is critical to sustainable economic development, but properly structured incentives, not arbitrary prosecutions, are the more sustainable pathway toward ethical business practices.

• Publish much more data and analysis on the capital account and on FDI, including impacts on savings and investment, employment and wage levels, supply chain integration, and net export earnings.

Cuba could benefit tremendously from learning from other nations that have successfully extracted benefits from foreign investment. The international financial institutions (IFIs) offer a cost-effective short-cut to assess the applicability of comparative country  experiences. As argued in Reaching Out: Cuba’s New Economy and the International Response, now is the time for the international development community to engage in Cuba and support its incipient economic reform process.

Under their own new guidelines, the international financial institutions are capable of working within Cuban national priorities while they contribute their unique bundles of knowledge and capital.  With regard to FDI, IFIs are particularly well equipped. Furthermore, the presence of the IFIs would add credibility to Cuban investment commitments and to contract enforcement—important ingredients in establishing a more secure investment climate in a changing Cuba.

For these reasons, Cuba should signal to the IFIs its interest in entering a gradual path toward receiving, first technical assistance (studies, training) and eventually full membership. 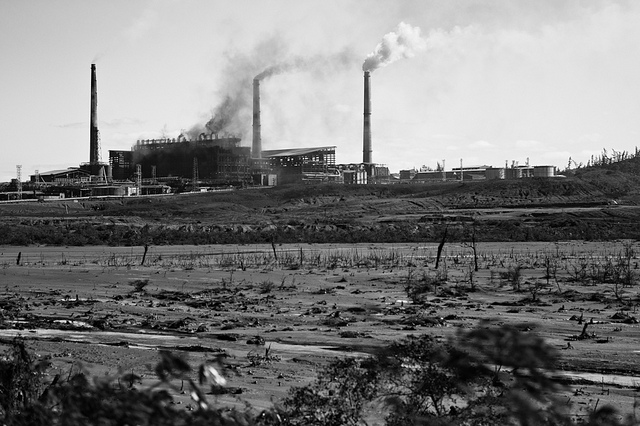