By Julian Sher of The Toronto Star And Juan O. Tamayo; Posted on Wednesday, 05.15.13

“I was so depressed at times, I wanted to commit suicide,” says the 53-year-old entrepreneur.

In exclusive interviews from the La Condesa prison, Yacoubian provides an insider’s view of a sweeping anti-corruption campaign by the government of Raúl Castro that has seen several foreign businessmen — including himself and another Toronto-area businessman — jailed.

A joint investigation by The Toronto Star and El Nuevo Herald has found that in a corruption-plagued country described in secret U.S. government cables as “a state on the take,” the two jailed Canadians are embroiled in a high-stakes diplomatic and legal stand-off between Havana and Ottawa, potentially jeopardizing millions in taxpayer dollars that underwrite Canada’s trade with Cuba.

Arrested in July 2011 and detained for nearly two years without charges, Yacoubian, who ran a transport and trading company, was finally handed a 63-page indictment last month accusing him of bribery, tax evasion and “activities damaging to the economy.” 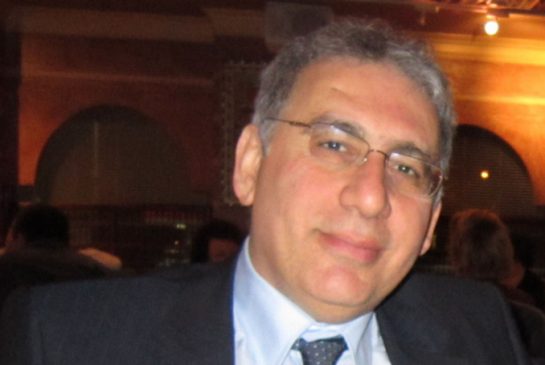 Sarkis Yacoubian  from Toronto, is in prison near Havana awaiting trial on corruption-related charges.

A suspect who says he quickly pointed the finger at widespread wrongdoing by other Canadian and foreign businesses, Yacoubian now faces up to 12 years in prison after he pleads guilty at his trial set to begin next Thursday. The charges were filed in a special Havana court for Crimes against the Security of the State, which can effectively hold trials in secret.

“They found out this was an epidemic going all over the place and I was the fall guy,” says Yacoubian. “They want to give an example to the rest of the businessmen. They want to scare them to death.”

The second Canadian — 73-year-old Cy Tokmakjian who runs a global transportation firm called the Tokmakjian Group — was picked up by Cuban authorities in September 2011 and remains in jail with no specific charges filed against him.

“We’re as worried as anyone would be if their father is in a place where they shouldn’t be,” said his son and company president Raffi Tokmakjian in an interview at their corporate headquarters in Concord, Ontario.

Raffi and his two sisters say they are in daily phone contact with their father. “He worries more about us. He says: ‘You guys stay strong, I’m okay,’” said Anni Tokmakjian, the company’s director of sales. “We’re just focusing on getting him home, that’s all we really care about.”

But that might not be easy. The two entrepreneurs of Armenian origin, one-time business associates turned bitter rivals, ran multi-million dollar trading companies that sold heavy equipment, vehicles and supplies to Cuban state companies in the transport, construction, nickel and other industries.

Today, their Havana offices are shuttered, their fortunes frozen and their future in limbo.

Cuban authorities in Havana and at the country’s embassy in Ottawa declined to be interviewed for this story.

Complicating matters is that millions in Canadian taxpayer dollars funded by the Canadian Commercial Corporation (CCC) — a kind of broker that underwrites contracts between the Cuban government and select Canadian firms — may be at stake.

In 2011 and 2012, the CCC signed 38 contracts in Cuba worth more than $68.4 million, the latest in its $650-million business with Cuba since 1991. Much of that financial support — for privacy reasons, the agency won’t disclose its client list — went to back deals made with the Tokmakjian Group.

Now that Tokmakjian is in prison and the Cuban government has officially revoked his company’s license to operate, there are questions about what the Cubans will do if their courts rule that Tokmakjian contracts backed by the CCC were tainted by corruption.

The Tokmakjian Group is reported to be the second largest Canadian operation in Cuba, with at least $80 million in annual sales in the country.

Raffi Tokmakjian says his father “fell in love with the place” when he began investing in Cuba in the 1960s.

Yacoubian, too, had big dreams when he first came to Cuba in 1993. He quickly became fluent in Spanish and, after working briefly for Tokmakjian, he built his company, Tri-Star Caribbean, into a flourishing $30-million-a-year enterprise.

It all came crashing down when plainclothes security officers swept into his offices in Havana in July 2011.

Whisked away to a “safe house” for questioning and allowed outside for only one hour a day, Yacoubian says he slipped into desperation and depression. “I had lost my mind,” he says. “I was talking to myself, banging my head.”

Then Yacoubian made a fateful choice: He blew the whistle. “Maybe in my conscience I wanted my company to be brought down so that I could tell once for all things that are going on,” he says. “It was just eating me alive.”

He told his interrogators that he had little choice but to hand over money to bureaucrats or officials to secure contracts or even to ensure they were honored after winning a bid.

“If I didn’t pay, at the end of the day they would just create problems for me,” he says. Prosecutors allege in their court filing that Yacoubian or his employees bribed at least a dozen state officials with everything from nice dinners and prepaid phone cards to cash — $300 for a tip on a deal, $50,000 for a 2008 contract on earth movers.

Yacoubian disputes many of the details in the charges. But he says what bothered him was that some of the foreign businessmen were “bigger crooks” than the Cubans, profiting unduly from shady business dealings — often, he says, with support or subsidies from Western governments.

Yacoubian says he spent the next few months turning what could have been a police grilling of him into a kind of Corruption 101 class for his interrogators.

“I tried to explain to them systematically how things could be done,” he says. “I gave them drawings, designs. I gave them names, people, how they do it, why, when, where, what.”

Yacoubian did not know that his tell-all tale would become fodder for a campaign against corruption led by Raul Castro.

The Reuters news agency reported in February 2012 that Yacoubian’s videotaped confession was the centerpiece in a video titled “Metastasis” that describes payoffs and bribes “spreading like cancer” into high levels of the Cuban government.

In the video, shown only to top government and Communist Party officials, “Yacoubian confesses he passed packets of money to Cuban officials,” Reuters reported.

Tokmakjian is also featured and accused of corruption. His children say he firmly denies any wrongdoing, insisting there have been yearly audits of their business partnerships with the Cubans with “no issues.”

Tokmakjian and Yacoubian were eventually transferred to La Condesa, a prison reserved for foreigners and disgraced government officials — although the Canadians are kept apart in separate barracks.

The families of both men say they have received support from the Canadian embassy in Havana and assurances that Foreign Minister John Baird and Minister of State of Foreign Affairs Diane Ablonzy have pushed the Cubans “at the highest levels” to provide justice for the jailed Canadians “in a more timely matter.”

Close observers of Canadian business and political affairs in Havana say Ottawa and the CCC have to be concerned when a major player like Tokmakjian, backed by federal money, runs afoul of the Castro regime. Canada is one of Cuba’s largest trading partners and its single largest source of tourism revenue

One long-time Canadian investor with many years of experience in Havana, who asked to remain anonymous because of the uncertain political climate there, said “a lot of people” were frustrated that CCC was an exclusive club, most of its money being “eaten up by a handful of companies,” including the Tokmakjian Group.

For now, the CCC says it is not worried.

“The Corporation has consistently been paid by the Government of Cuba on time regardless of the external environment,” said Joanne Lostracco, the CCC’s manager of Government Relations.

Asked about the perils of a Canadian corporation operating in a Cuban economy tainted by corruption, Lostracco said the CCC has a “strong due diligence process” that imposes “full financial disclosure” on Canadian companies and allows the CCC to withdraw from any contract “obtained through illicit means.”

The Tokmakjian children remain optimistic their father will be home soon, taking heart from the fact that 10 other foreign employees of their company who were detained by Cuban authorities have been released in the past four months.

For his part, Yacoubian says he hopes to get a reduced sentence after he pleads guilty at his trial next week “because I collaborated closely” — a collaboration acknowledged by Cuban authorities in his indictment.

Yacoubian takes anti-depressants during the day and sleeping pills at night, but he says the poor ventilation in the stifling heat and the lack of chairs for his bad back are taking a toll.

Reflecting on the role he has played in unraveling Cuba’s corruption scandals, he has mixed emotions.

“It’s a victory because now, how things were done (in the past) has been unwrapped,” he says. But he also recalls the lyrics from a rock song that was popular when he and his family lived through the difficult years of civil war in Lebanon: