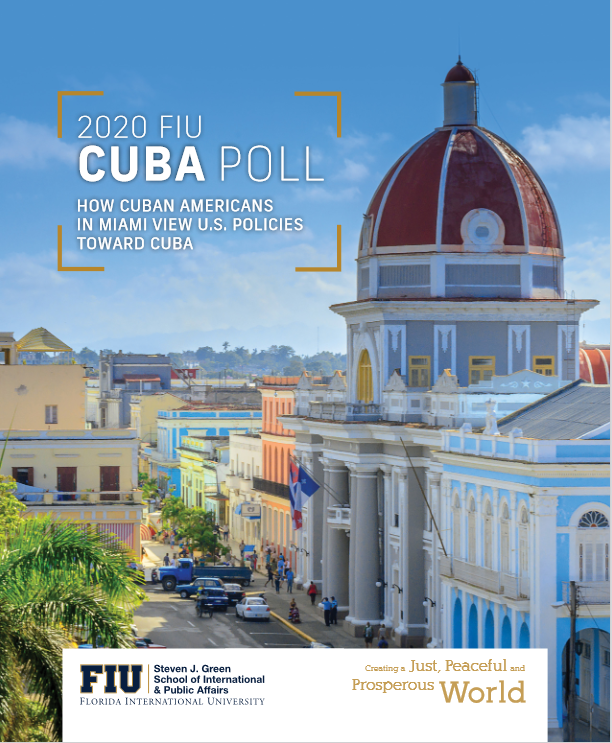 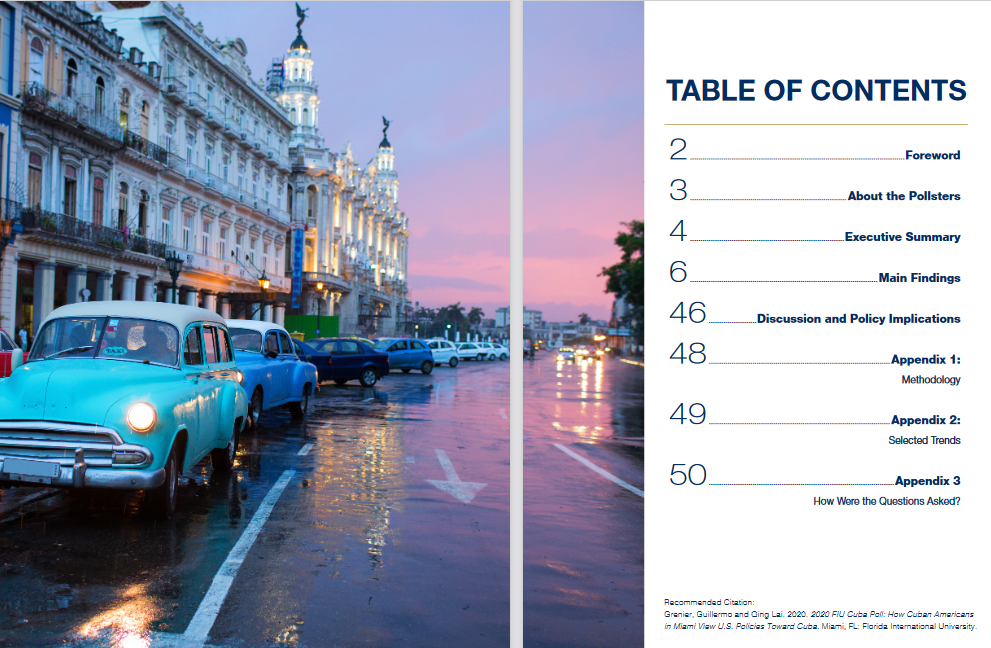 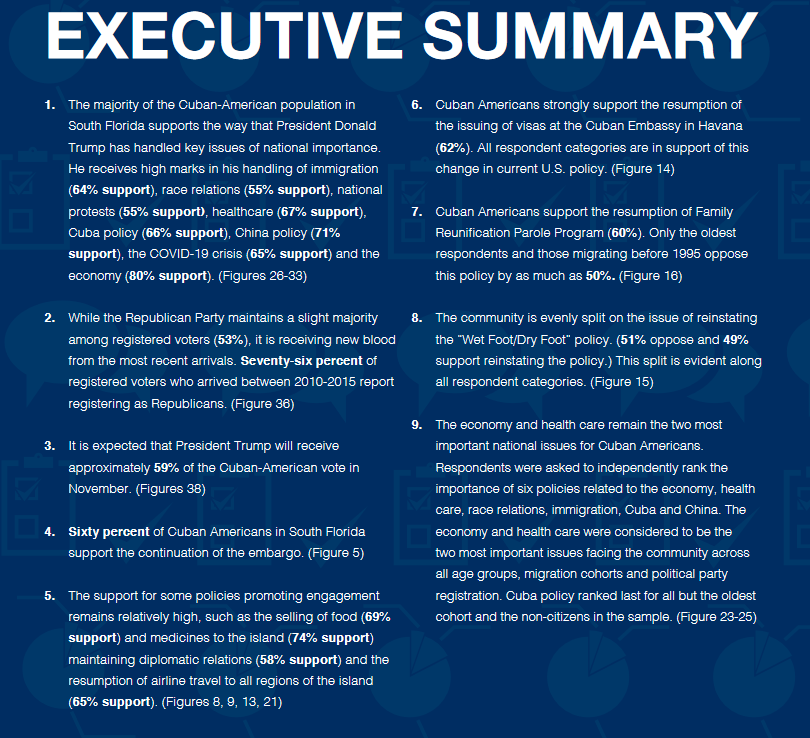 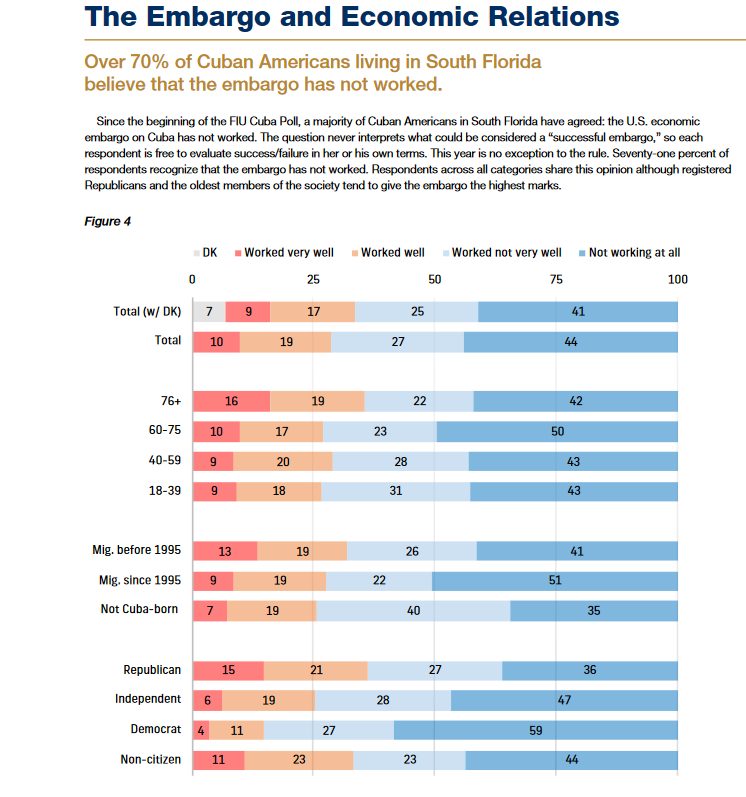 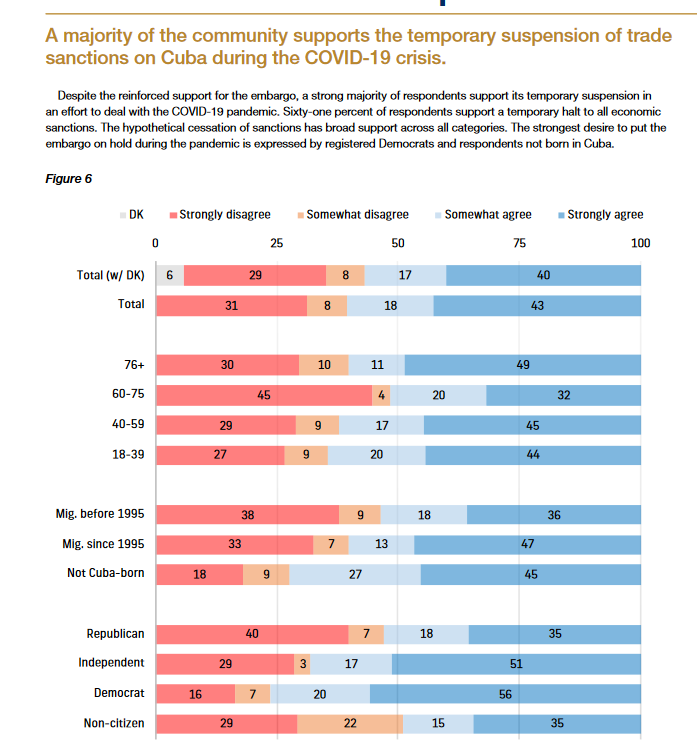 2 Responses to THE 2020 FIU CUBA POLL: BEHIND THE PARTISAN NOISE, A MAJORITY OF CUBAN-AMERICANS SUPPORT ENGAGEMENT POLICY.