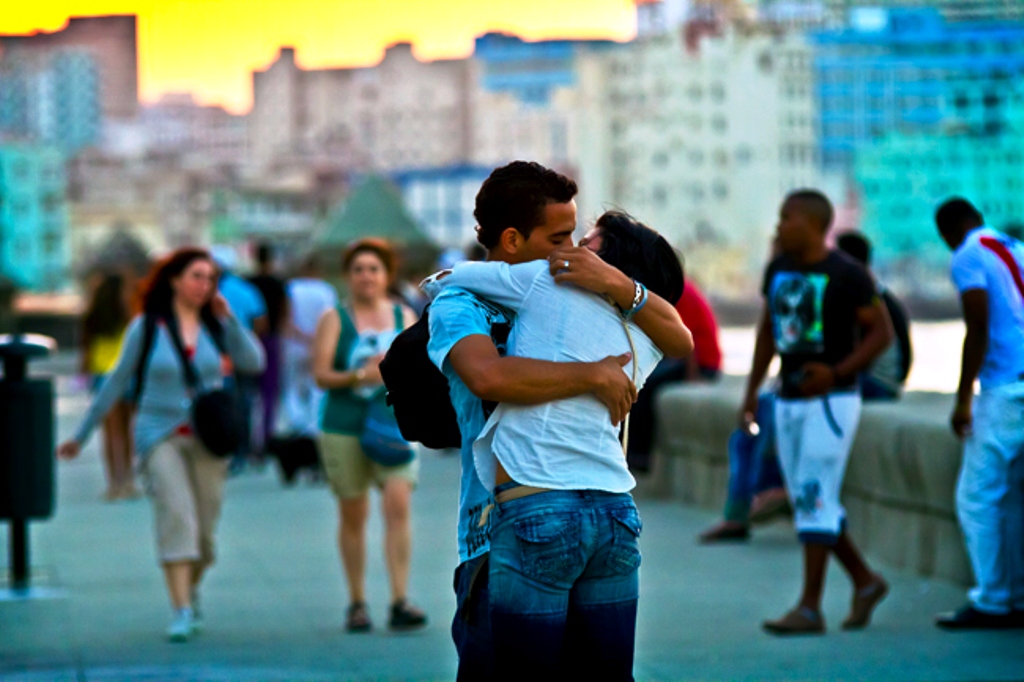 An interesting phenomenon, namely the seasonal character of the numbers of births in Cuba – and of course the accompanying though implied seasonality of conception rates – is apparent in Table II.5 of the 2012 ONE Anuario Demográfico[i]. This is illustrated in Chart 1 below. 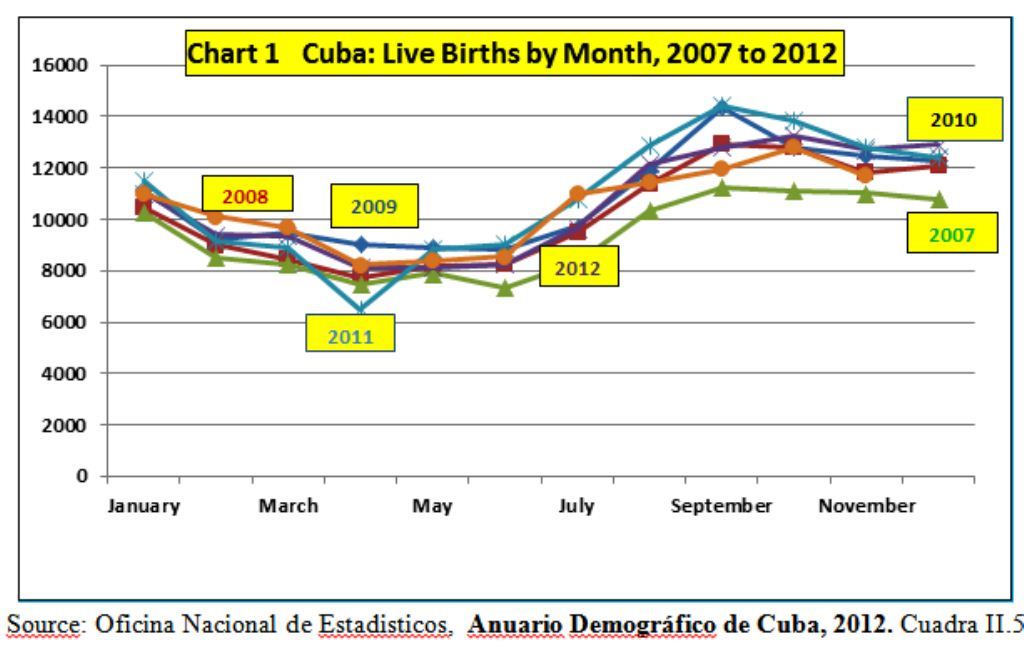 The number of births over the course of the year follows a clear pattern that is apparent in the six years illustrated in the Chart. The number of births peak from September to December, decline sharply during the months of January to April, bottom out from May to June and then rise again from July to September.

In view of the nine-month period between conception and birth, the chart says something interesting about the amorous character of Cuban citizens. The implication of the birth pattern is that conception levels are highest from January to April and lowest from August to October.

Why would Cubans be so much more amorous in the January-April period than the August to October period?

Is it the weather? Perhaps the cooler sunny weather of Cuba’s winter months is more conducive to amorous events and conception. And, conversely, perhaps the heat and mugginess of summer and the autumn rainy season is less conducive to “amor.”

Is it economics? Possibly there is greater optimism and dynamism during the more prosperous times of the tourist high season (which once corresponded to the Zafra, when sugar was king.)

Is it tourism? The pattern of conception levels corresponds closely to the seasonal pattern of tourism in Cuba as can be inferred from Chart 2 below. ­.

Does Valentine’s Day itself generate more conceptions and related activities, given that births often spike nine months later in October?

If anyone has clearer and more definitive insights into this phenomenon, please let me know! 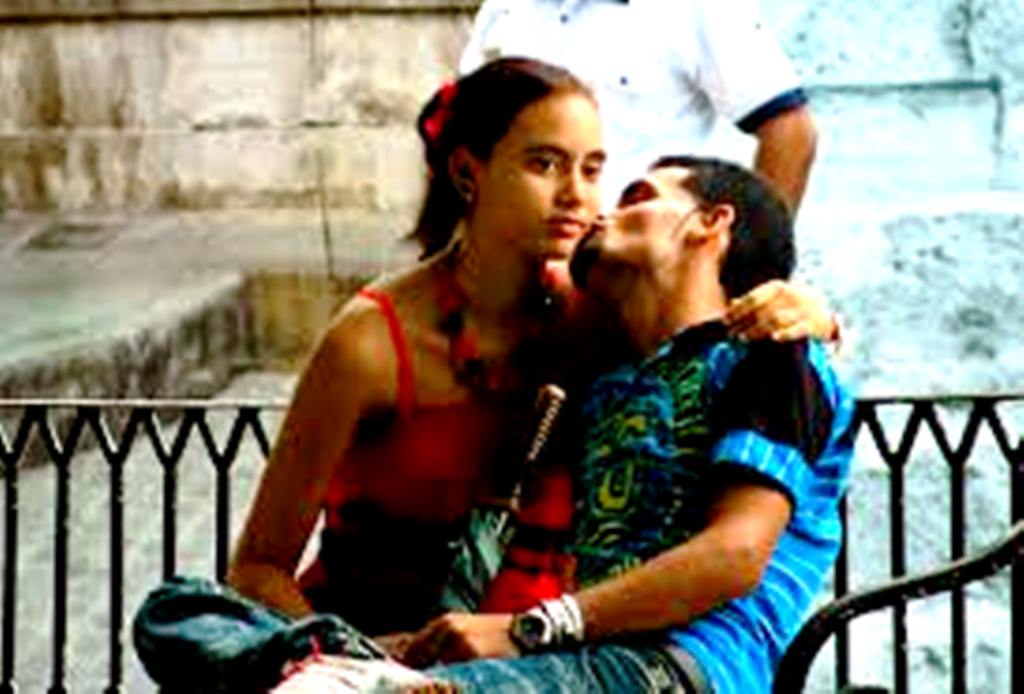 [i] Cuba’s Oficina Nacional de Estadisticas (ONE) recently published the 2012 Edition of the Anuario Demográfico de Cuba 2012. Statistical information for Cuban demography is available comprehensively and conveniently. ONE’s coverage and presentation of demographic statistics is impressive. (In contrast, basic information on the economy such as unemployment, the consumer price index, trade and GDP is opaque, minimalist, not clearly defined, and now very late in appearing on ONE’s web site.)

This entry was posted in Blog, Featured and tagged Demography, Population. Bookmark the permalink.