On a sweltering early summer afternoon in Miami’s Little Havana, President Donald Trump told a cheering Cuban-American crowd that he was rolling back some of Barack Obama‘s opening to Cuba in order to starve the island’s military-run economy of U.S. tourism dollars and ratchet up pressure for regime change.

That doesn’t appear to be happening. Travel to Cuba is booming from dozens of countries, including the U.S. And the tourism dollars from big-spending Americans seem to be heading into Cuba’s state sector and away from private business, according to Cuban state figures, experts and private business people themselves.

The government figures show that 2017 was a record year for tourism, with 4.7 million visitors pumping more than $3 billion into the island’s otherwise struggling economy. The number of American travelers rose to 619,000, more than six times the pre-Obama level. But amid the boom — an 18 percent increase over 2016 — owners of private restaurants and bed-and-breakfasts are reporting a sharp drop-off.

“There was an explosion of tourists in the months after President Obama’s detente announcement. They were everywhere!” said Rodolfo Morales, a retired government worker who rents two rooms in his home for about $30 a night. “Since then, it’s fallen off.”

The ultimate destination of American tourism spending in Cuba seems an obscure data point, but it’s highly relevant to a decades-old goal of American foreign policy — encouraging change in Cuba’s single-party, centrally planned system. For more than 50 years, Washington sought to strangle nearly all trade with the island in hopes of spurring economic collapse. Obama changed that policy to one of promoting engagement as a way of strengthening a Cuban private sector that could grow into a middle class empowered to demand reform.

Cuba’s tourism boom began shortly after Obama and Cuban President Raul Castro announced in December 2014 that their countries would re-establish diplomatic relations and move toward normalization. U.S. cruise ships began docking in the Bay of Havana and U.S. airlines started regular flights to cities across the island. Overall tourism last year was up 56 percent over Cuba’s roughly 3 million visitors in 2014.

While the U.S. prohibits tourism to Cuba, Americans can travel here for specially designated purposes like religious activity or the vaguely defined category of “people-to-people” cultural interaction.

Obama allowed individuals to participate in “people-to-people” activities outside official tour groups. Hundreds of thousands of Americans responded by designing their own Cuban vacations without fear of government penalties. Since Cuba largely steers tour groups to government-run facilities, Americans traveling on their own became a vital market for the island’s private entrepreneurs, hotly desired for their free spending, heavy tipping and a desire to see a “real” Cuba beyond all-inclusive beach resorts and quick stops on tour buses. The surge helped travel-related businesses maintain their role as by far the most successful players in Cuba’s small but growing private sector.

Trump’s new policy re-imposed the required for “people-to-people” travel to take place only in tour groups, which depend largely on Cuban government transportation and guides.

As a result, many private business people are seeing so many fewer Americans that it feels like their numbers are dropping, even though the statistics say otherwise.

“Tourism has grown in Cuba, with the exception of American tourism,” said Nelson Lopez, a private tour guide. “But I’m sure that sometime soon they’ll be back.”

While Trump’s new rules didn’t take effect until November, their announcement in June led to an almost immediate slackening in business from individual Americans, many Cuban entrepreneurs say. The situation was worsened by Hurricane Irma striking Cuba’s northern coast in September and by a Cuban government freeze on new licenses for businesses including restaurants and bed-and-breakfasts. Cuban officials say the freeze was needed to control tax evasion, purchase of stolen state goods and other illegality in the private sector, but it’s had the effect of further restricting private-sector activity in the wake of Trump’s policy change.

Cuban state tourism officials did not respond to requests for comment.

Trump’s policy changes did not touch flights or cruise ships. Jose Luis Perello, a tourism expert at the University of Havana, said more than 541,000 cruise ship passengers visited Cuba in 2017, compared with 184,000 the previous year. Even as entrepreneurs see fewer American clients, many of those cruise passengers are coming from the United States, he said.

Yunaika Estanque, who runs a three-room bed-and-breakfast overlooking the Bay of Havana, says she has been able to weather a sharp drop in American guests because a British tour agency still sends her clients, but things still aren’t good.

“Without a doubt our best year was 2016, before the Trump presidency,” she said. “I’ve been talking with other bed-and-breakfast owners and they’re in bad shape.” 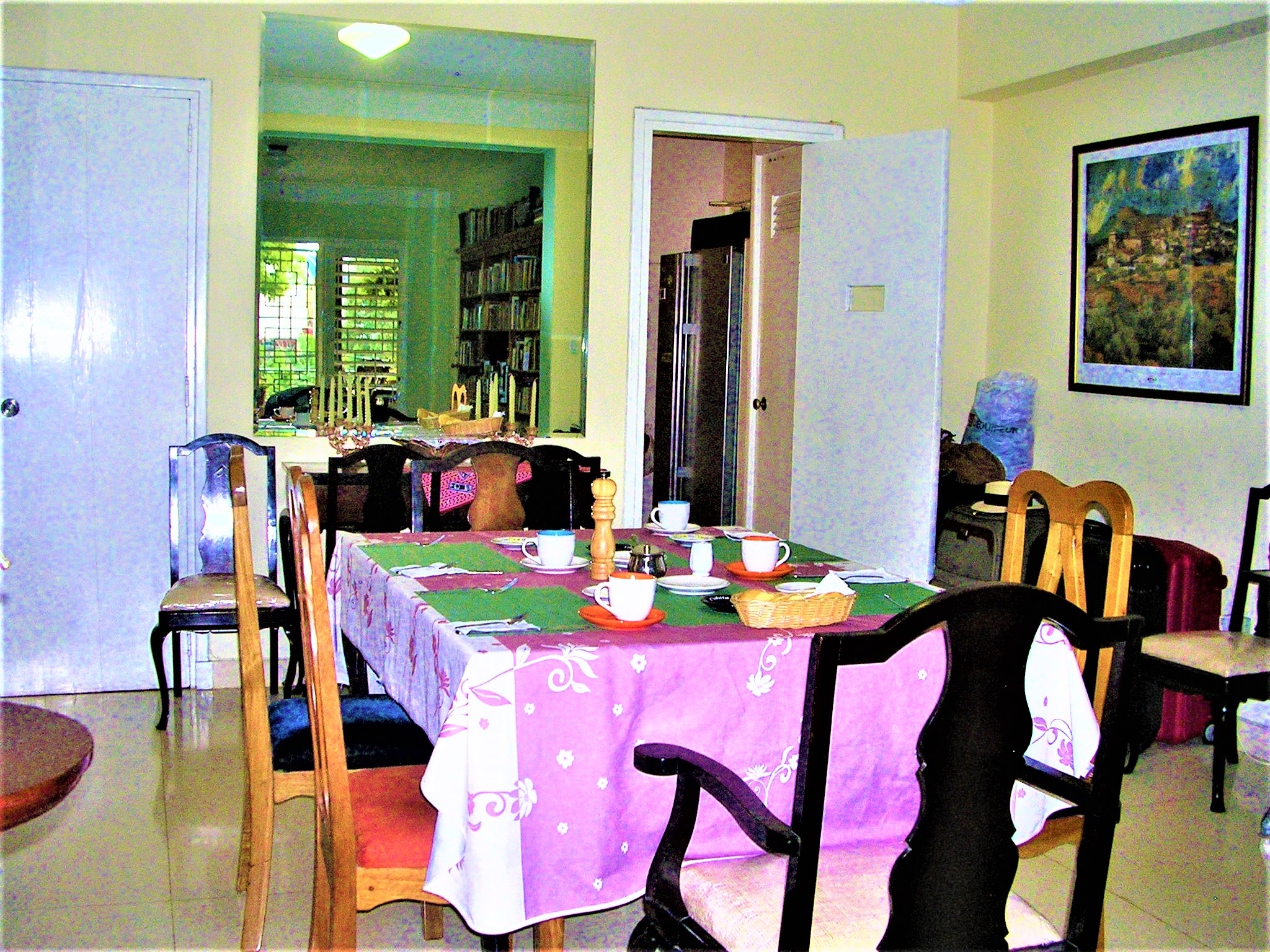 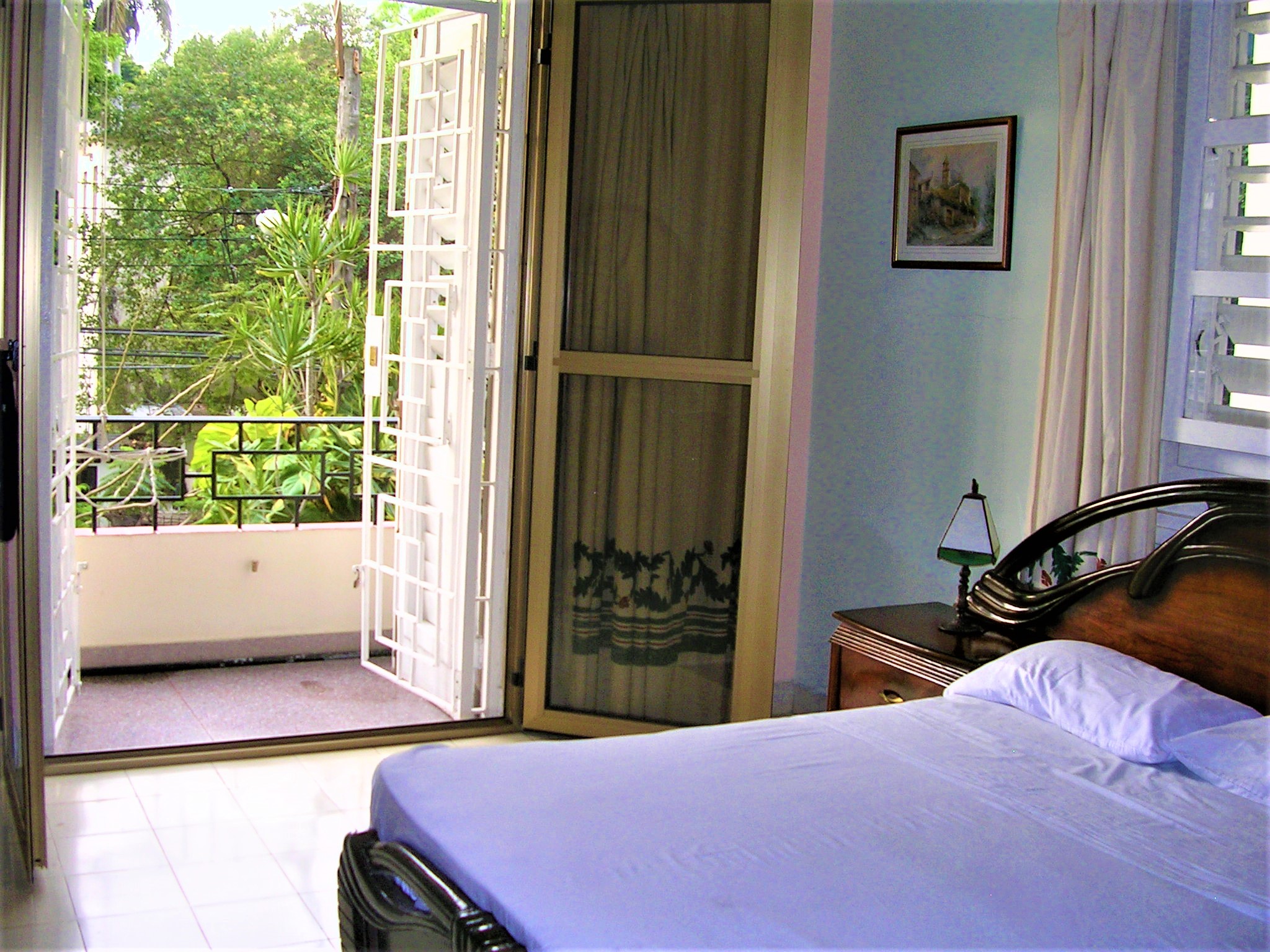 A Great Casa Particular, my Home for Cuba visits from 1997 to 2017, undoubtedly still thriving due to its excellence. “A provocative, compelling, and essential read. The ethnographic work alone is worth the price of admission.” —John W. Cotman, Howard University

During the presidency of Raúl Castro, Cuba has dramatically reformed its policies toward small private enterprises. Archibald Ritter and Ted Henken consider why—and to what effect.

After reviewing the evolution of policy since 1959, the authors contrast the approaches of Fidel and Raúl Castro and explore in depth the responses of Cuban entrepreneurs to the new environment. Their work, rich in ethnographic research and extensive interviews, provides a revealing analysis of Cuba’s fledgling private sector.

Ted A. Henken is associate professor of sociology and Latin American studies at Baruch College, CUNY.

Globe and Mail, May 28: Landing on the green in Castro’s Cuba http://www.theglobeandmail.com/news/world/americas/landing-on-the-green-in-castros-cuba/article2035180/

Havana Times, May 25: Cuba Receives Some Much Needed Water http://www.havanatimes.org/?p=44188

INS Online, May 22: Cuban Envoy offers help to Pakistan in the area of bio-technology http://www.onlinenews.com.pk/details.php?id=179471

Cuba Standard.Com, May 20: Gold mine in Eastern Cuba to re-open http://www.cubastandard.com/2011/05/20/gold-mine-to-re-open-in-eastern-cuba/

Examiner. Com, May 19: Senate Democrats: OK for Cuba to drill in Gulf, but not U.S. http://www.examiner.com/conservative-in-spokane/senate-democrats-ok-for-cuba-to-drill-gulf-but-not-u-s

AP, May 15: New rules usher in a tasty comeback for Cuban food http://news.yahoo.com/s/ap/20110515/ap_on_re_la_am_ca/cb_cuba_restaurant_revolution

The Guatemala Times, May 12: Has Cuba Lost its Last Chance? http://www.guatemala-times.com/opinion/syndicated/latin-america-the-new-new-world/2299-has-cuba-lost-its-last-chance-.html

Stabroek News, May 11: Cuba’s development after the Congress http://www.stabroeknews.com/2011/opinion/editorial/05/11/cuba%E2%80%99s-development-after-the-congress/

Posted in News on the Cuban Economy | 2 Comments

Havana Times, May 7: Criminalization of the Internet in Cuba http://www.havanatimes.org/?p=43076

The Economist, May 6: Corruption in Cuba: The cleanup continues http://www.economist.com/blogs/americasview/2011/05/corruption_cuba

The Miami Herald, May 5: A sacked minister and a Chilean trader are sentenced to prison on corruption charges http://miamiherald.typepad.com/cuban_colada/2011/05/a-sacked-minister-and-a-chilean-trader-are-sentenced-to-prison-on-corruption-charges.html

ACN, May 5: Cuba will not Reduce Prices of Tourist Offers, Says Minister http://www.ain.cubaweb.cu/idioma/ingles/2011/0504tourist-minister.htm

The Miami Herald, May 4: Eager to modernize its army, Cuba invites Russia to share in profits from oil venture http://miamiherald.typepad.com/cuban_colada/2011/05/eager-to-modernize-its-army-cuba-invites-russia-to-share-in-profits-from-oil-venture.html

Bloomberg, May 3:  Cuba puts peas in the coffee again http://www.businessweek.com/ap/financialnews/D9N07IT02.htm

Cuba Standard, May 3: US, Cuban experts to discuss oil safety at conference http://www.cubastandard.com/2011/05/03/u-s-cuban-experts-to-discuss-oil-safety-at-conference/

Generation Y, May 3: Cashews: The Forbidden Fruit of the Socialist Paradise http://www.desdecuba.com/generationy/?p=2468

The Miami Herald, May 3: Coffee-and peas-blend back on ration card http://miamiherald.typepad.com/cuban_colada/2011/05/coffee-and-peas-blend-back-on-ration-card.html

Cuba Standard, April 26: China to buy more sugar, but not from Cuba http://www.cubastandard.com/2011/04/26/china-to-buy-more-sugar-but-not-from-cuba/

COHA, April 25: Press Release: Cuba Champions its New Direction, But Only to an Extent http://www.coha.org/press-release-cuba-champions-its-new-direction-but-only-to-an-extent/

The Guardian, April 20: Cuba’s theatre of the absurd http://www.guardian.co.uk/commentisfree/2011/apr/20/cuba-reform-theatre-absurd

Granma International, April 17: Central Report to the 6th Congress of the Communist Party of Cuba http://www.granma.cu/ingles/cuba-i/16-abril-central.html

The Guardian, April 15: Fifty years after the Bay of Pigs, Cuba is a long way from its socialist revolution http://www.guardian.co.uk/world/2011/apr/15/bay-of-pigs-50-cuba

The Miami Herald, April 15: Granma: State spends more to subsidize food, so local producers most do their part http://miamiherald.typepad.com/cuban_colada/2011/04/granma-state-spends-more-to-subsidize-food-so-local-producers-must-do-their-part.html