CUBA: RAÚL CLARIFIES THE LACK OF CLARITY ON FUTURE

The report that Cuban President Raúl Castro delivered to the 7th Party Congress last weekend walked a tightrope between pressing harder for change – embracing the importance of the small, emerging private sector – and reassuring party conservatives that the basic tenets of the revolution will not be touched.  He reiterated his commitment to step down in 2018 and promote younger cadre, but he left unclear what he proposes the Cuban system look like in the future.  He defended his decision to normalize relations with the United States, but used Washington’s continuation of the embargo and “democracy promotion” and immigration policies as a rationale for not letting down the Party’s guard.  Among key points:

On Conceptualización.  Castro said this Congress was basically to give “confirmation and continuity” to policies set five years ago to update Cuba’s economic and social model,  but it kicks off a process of consensus-building around a conceptualización, which he said “outlines the theoretical bases and essential characteristics of the economic and social model that we aim for as result of the updating process.”  Private property is a major topic, and Raúl sought to reassure the party that respect for it does not mean – “in the slightest bit” – a return to capitalism.

On reforms approved previously.  The road has been difficult, he said, held back by “an obsolete mentality that gives rise to an attitude of inertia and an absence of confidence in the future.”  He referred to the foot-draggers as “having feelings of nostalgia for other, less-complicated moments in the revolutionary process,” such as when the USSR and socialist camp existed.  But he insisted that the reforms have continued advancing at a steady pace – “without hurry but without pause.”

On upcoming reforms.  Castro talked more about what will not happen rather than any new vision.  He firmly ruled out “shock therapies,” and he said that “neoliberal formulas” to privatize state assets and health, education, and social security services “will never be applied in Cuban socialism.”  Economic policies can in no case break with the “ideals of equality and justice of the revolution.”  But he confirmed that one of the potentially most disruptive reforms – unifying currencies and exchange rates – must be done as soon as possible to resolve and many distortions.  On foreign investment, he called on the party “to leave behind archaic prejudices about foreign investment and to continue to advance resolutely in preparing, designing, and establishing new businesses.”

On Cuba’s economic model.  Castro acknowledged “the introduction of the rules of supply and demand” and claimed they didn’t contradict the principle of planning, citing the examples of China and Vietnam.  “Recognizing [the role of] the market in the functioning of our socialist economy,” Castro said, does not imply that the party, government, and mass organizations stand by and watch abuses occur.

On private and state enterprises.  He said the “non-state sector” – which includes “medium, small, and micro-enterprises” – is providing very important goods and services, and expressed hope for its success.  This sector will continue to grow, he said, “within well-defined limits and [will] constitute a complementary element of the country’s economic framework.”  Castro also called for greater reform efforts to strengthen the role of – and, simultaneously, the autonomy of – state companies, telling managers to overcome “the habit of waiting for instructions from above.”    He noted that the creation of cooperatives outside agriculture “continues in its experimental phase,” with some achievements and shortfalls.

On U.S. policies and intentions.  Castro criticized Washington’s efforts to drive political change in Cuba, which he called “a perverse strategy of political-ideological subversion against the very essence of the revolution and Cuban culture, history, and values.”  He said, “We are neither naive nor ignorant of the desires of powerful external forces that are betting on what they call the ‘empowerment’ of non-state forms of management as a way of generating agents of change in hopes of ending the revolution and socialism in Cuba by other means.” Castro said that U.S. officials recognize the failure of past policy toward Cuba but “do not hide that the goals remain the same and only the means are being modified.”

Rhetoric about forever rejecting capitalism (and multi-party democracy) is standard, especially for a Party event meant to assuage anxieties of conservative factions reluctant to give up their familiar, if failed, models.  The re-election of 85-year-old Vice President Machado Ventura is another sop to the aging right as the country inches each day to its biologically imposed transition, as Fidel Castro made explicit in his closing remarks.  The pace of change in Washington is also slow in some areas, particularly the embargo and the Administration’s “democracy promotion” strategies,  but pro-normalization voices cannot be faulted for lamenting that Cuba could more effectively influence U.S. policy through simple regulatory measures encouraging business deals that will give momentum to embargo-lifting initiatives in the U.S. Congress.  All politics is local, however, and both governments seem content holding off on changing their paradigms for now. 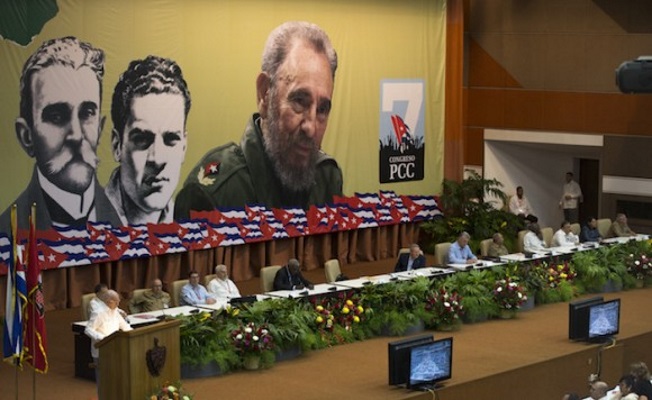 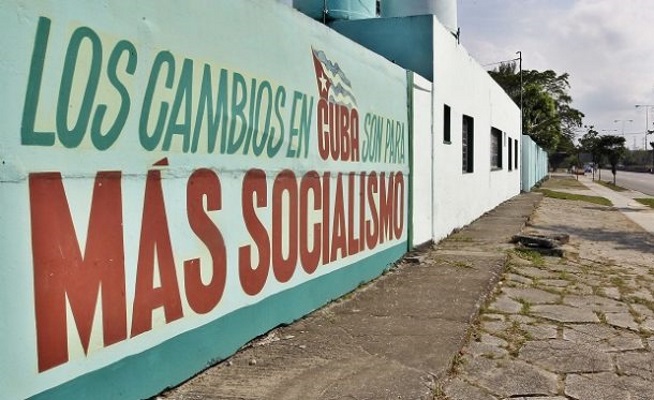 Fulton Armstrong is a Research Fellow at the Center for Latin American and Latino Studies. This is the third of four policy briefs that he will write as part of the Center’s Cuba Initiative, carried out with support from the Christopher Reynolds Foundation.

As the U.S. embargo—the main obstacle to expanding U.S.-Cuban economic ties—is relaxed by presidential regulatory action and eventually lifted by Congress, limits on Cuba’s own willingness and ability to conduct trade, absorb investment, utilize information technology, and even accommodate tourists risk putting a brake on the normalization of economic relations. Five decades of embargo and failed socialist models have rendered key sectors in Cuba ill-equipped to take advantage of the surge in U.S. business interest in the island. In some areas, the political will to open up and reform is crucial. These problems do not translate into a rejection of normalization but rather into a slower timeline than many on and off the island would hope for.

After 50-plus years of estrangement, bilateral contacts since last December have given rise to high levels of optimism—among U.S. investors, importers, and exporters—about relatively rapid economic engagement. Press reports and information from Cuban and non-Cuban experts suggest that most Cubans, skeptical that their government will make reforms facilitating trade and investment quickly enough, are slightly more pessimistic. But hardly a week goes by that U.S. trade experts, think tanks, and media don’t reflect strong private-sector interest in Cuba. Visiting Havana in October, U.S. Commerce Secretary Penny Pritzker emphasized, “What we’re trying to do is be as open as we can until the blockade [sic] is lifted.”

Cuba has not been shy about its desires either. Secretary Pritzker said Cuban officials “have been very forward leaning and wanting more American direct investment.” Last year, the Cuban government announced its “Portfolio of Foreign Investment Opportunities”—some 246 projects in energy, tourism, agriculture, and industry—for which it seeks US$8.7 billion in investment. Moreover, Havana says it wants growth rates to rise to 4–5 percent per year (from an estimated 1.5 percent in 2014), fueled by at least US$2 billion in annual foreign investment. …….

The limits on Cuba’s ability to absorb a rapid expansion in tourism, trade, and investment are significant, but continuing U.S. controls are also imposing obstacles. The Obama Administration has chosen not to use its executive authority under the Cuban Asset Control Regulations, written into the “Libertad [Helms-Burton] Act,” to expand trade with state-owned enterprises beyond those currently licensed—in agriculture, pharmaceuticals, telecommunications, and for environmental protection. Apart from these exceptions, trade is only permitted with small entrepreneurs, who have minimal capacity to import and export. These limits, which can be reduced through executive action, pose a major hindrance to the broader normalization process.

Cuba’s challenges in taking advantage of new opportunities are not insurmountable—with political will and time. Havana’s approach to change usually has been gradual and halting,

but change a la cubana has also been significant. Since the start of the disintegration of the Soviet Union in 1989, Cuba’s economy and economic culture have changed more than the government’s socialist slogans would suggest—and further change is certain. The economic contract between the people and the government has changed drastically as hundreds of thousands of workers have been laid off, social services have been cut, and the Cuban people have been admonished by President Castro to embrace reforms “without haste, but without pause.”

The pace of reform and corresponding expansion of Cuba’s absorptive capacity may be maddening slow for many Cubans and Americans alike. But insofar as the U.S.-Cuba normalization process is irreversible, so too is the conviction in Cuba on the need to “update” the systems through reform in order to take advantage of the opportunities it brings.

The challenges implicit in change are not new, and not unique to Cuba’s relations with the United States. Potential U.S. partners eager to engage are about to learn what their European and Canadian counterparts have long known: even with clear incentives on the table, Cuba proceeds at a pace that maximizes its own stability and advantage—which most often means slowly. Those concerns naturally will be especially intense as they inform dealing with the United States, which still rationalizes expansion of commercial ties in terms of the desirability of promoting democracy in Cuba. But Cuban national pride and the Communist Party’s fear of losing control could very well be assuaged as the island experiences the benefits of the engagement. Foreigners, especially the United States, who push too hard, too fast, and too haughtily could fail and even delay this aspect of normalization, just as Cubans who move too passively, too slowly, and too skeptically could stymie the process as well.