The collapse of the Soviet Union hit the Cuban economy severely. The island nation lost approximately 80% of its imports, 80% of its exports and its Gross Domestic Product dropped by a third, virtually overnight.

Entirely dependent on fossil fuels to operate, the major buttresses of Cuban society – its transport, industrial and agricultural systems – were frozen. There were extensive losses of productivity in both Cuban agriculture – which was dominated by Soviet modern industrial tractors, combines, and harvesters, all of which required petroleum to run – and in Cuban industrial capacity.

As a result, animals returned to the agriculture scene, and ox, in particular, carried most of the farming burden in the slow recovery that lasted until the last 1990s. After the hurricanes of 2008 (Hurricane Ike, Hurricane Gustav, Tropical Storm Fay), Raul Castro cited ox as essential for recovery. “For this program we should forget about tractors and fuel, even if we had enough. The idea is to work basically with oxen,” Castro told parliament August 1, 2008.  “An increasing number of growers have been doing exactly this with excellent results.” 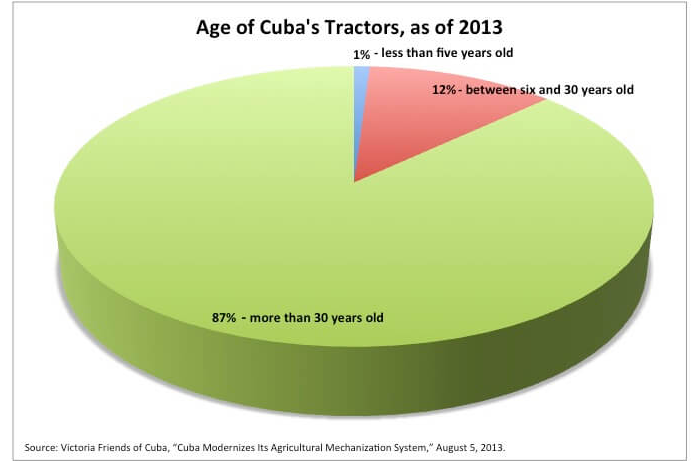 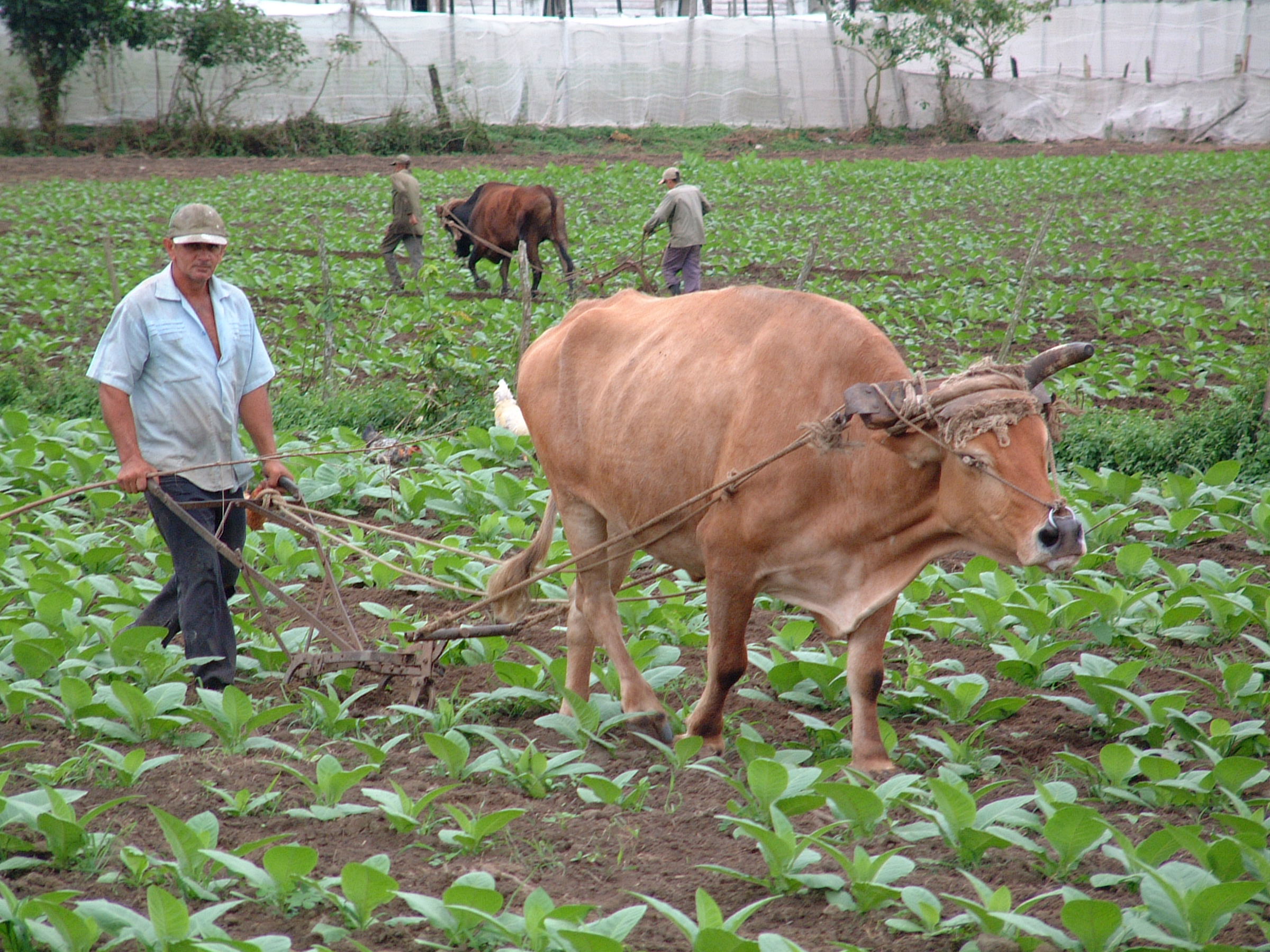 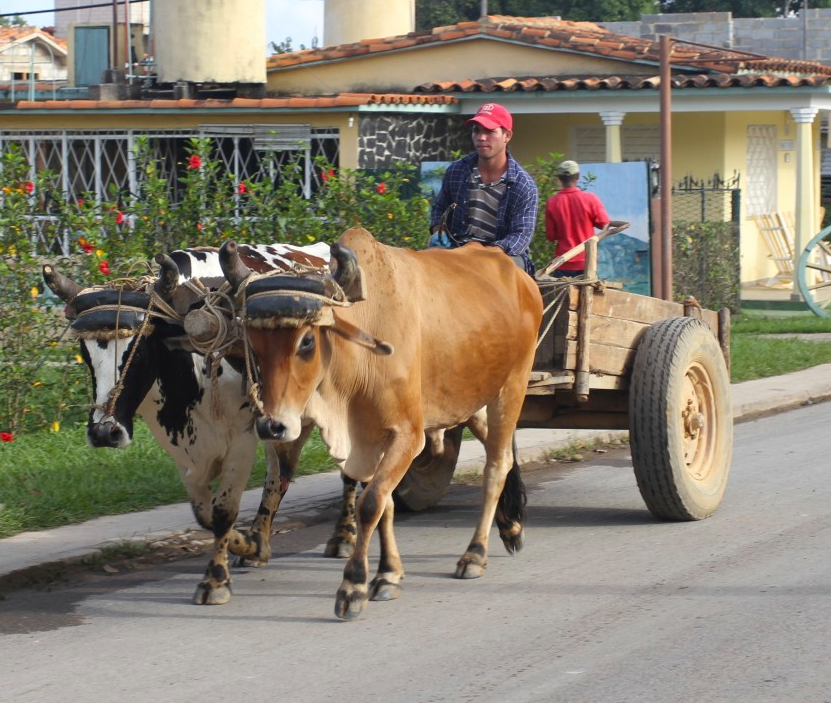 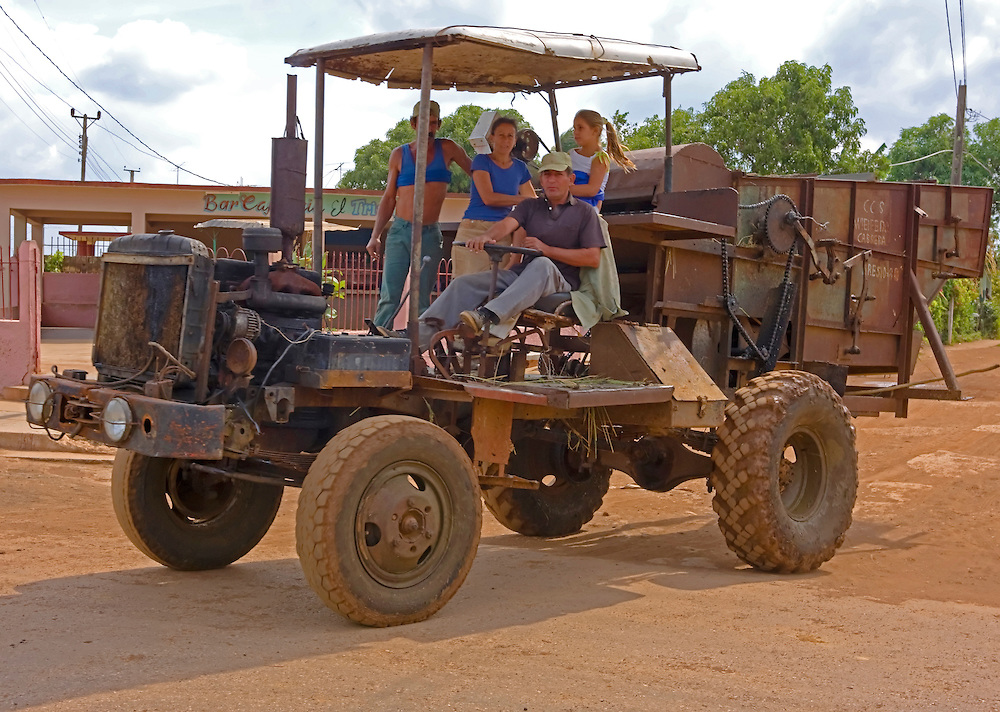 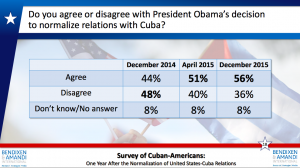 Bad news for Marco Rubio and Ted Cruz: Most Cuban Americans support President Barack Obama’s normalization policy with Cuba, suggests a poll published by Miami-based Bendixen & Amandi International on Dec. 17, the anniversary of the normalization announcement by the presidents of the United States and Cuba.

The survey’s results suggest that presidential candidates Marco Rubio and Ted Cruz, both Cuban American Republicans espousing hardline views of U.S.-Cuba relations, do not represent the majority views of the Cuban community in the United States.

According to the poll, a clear 56% majority support Obama’s normalization policy, 12% more than a year ago, and 53% of Cuban Americans would like to see the embargo lifted, 9% more than last year. The majority is larger among younger Cuban Americans: Sixty-six percent of those age 18-49 favor an end of U.S. sanctions.

The U.S. president announced this month that he would like to visit the island, on condition of progress by the Cuban government on human rights issues.

Construction trades people to be allowed to form co-ops

The government will be allowing the creation of cooperatives for building maintenance and renovation, Cuba’s economic reform czar Marino Murillo announced in a speech  about domestic trade, according to official daily Granma.

While the government announced last year it will support the creation of urban cooperatives, a body of regulations for the new cooperatives has yet to be published.

In order to be successful, the new cooperatives must be based on the free will and convenience of their members, function independently, be efficient, and offer quality products and services, said University of Havana economist Jesús Cruz at a workshop in the Havana headquarters of Cuba’s official union March 26.

Murillo’s announcement seems to open a window of opportunity for carpenters, electricians, plumbers and painters to get into business for themselves, albeit collectively. While the government allowed private businesses to engage in 178 activities two years ago, some construction trades are not included.

Demand for construction services is high, as Cuba is facing the deep and growing challenge of a neglected and crumbling housing stock. But so are obstacles. In 2012, construction supply sales through government-owned outlets — the only ones that offer the much-needed goods — were more than 20 percent below planned targets, Murillo said.

Last week, the government announced the creation of a wholesale company on the Isle of Youth, an apparent pilot project in the effort to channel affordable supplies to Cuba’s fast-growing private sector. 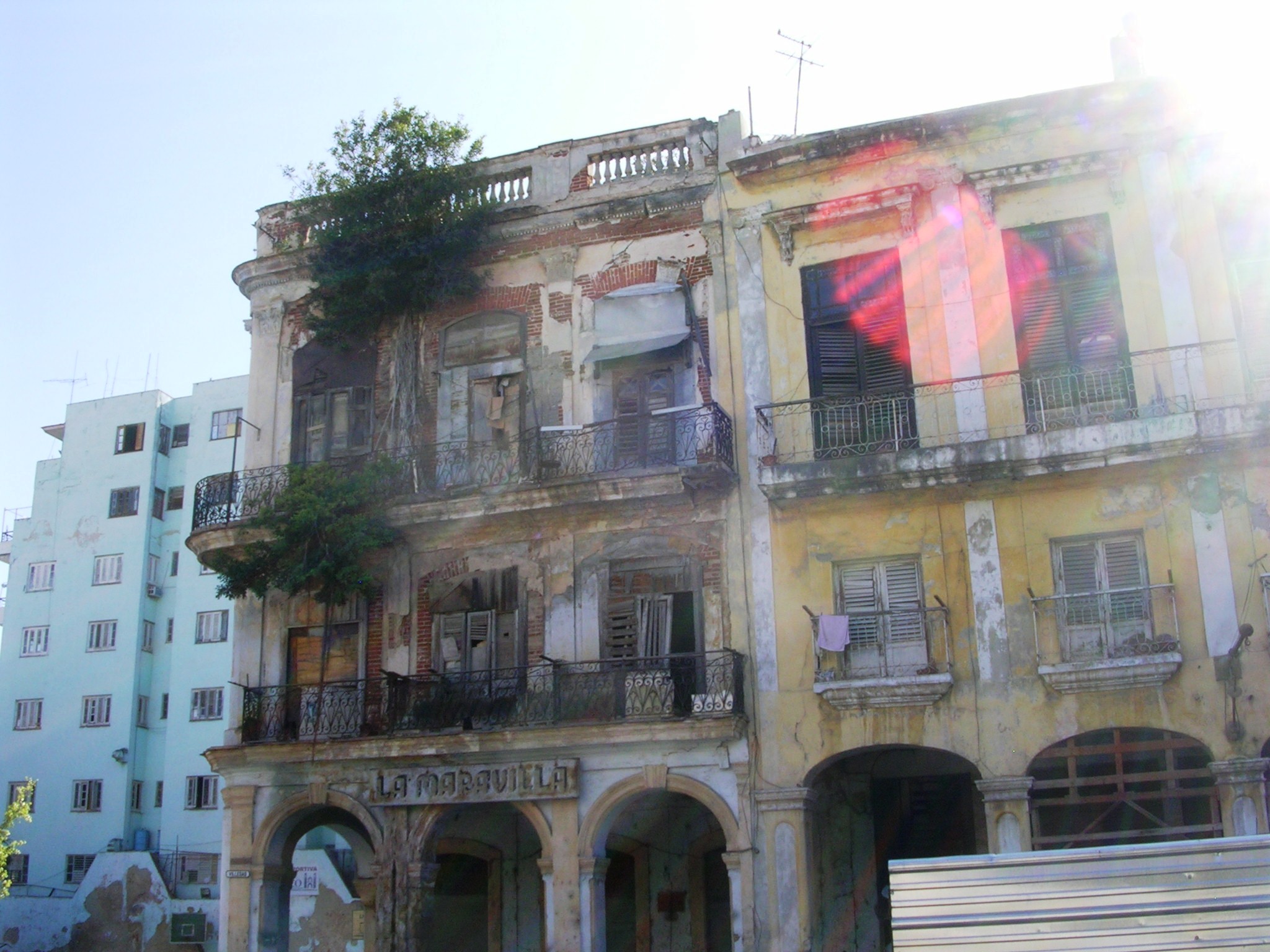 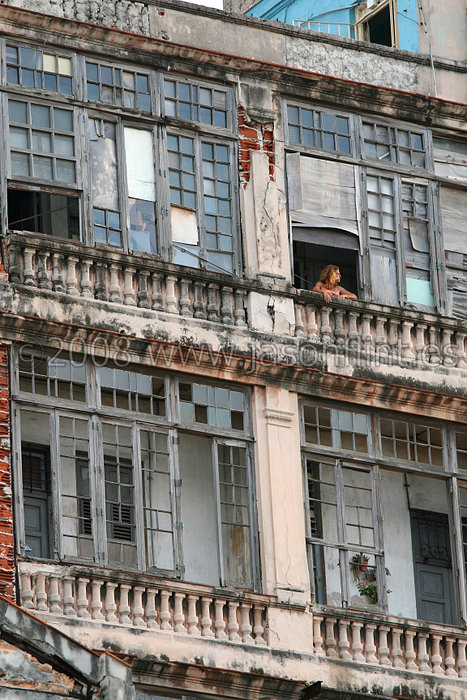 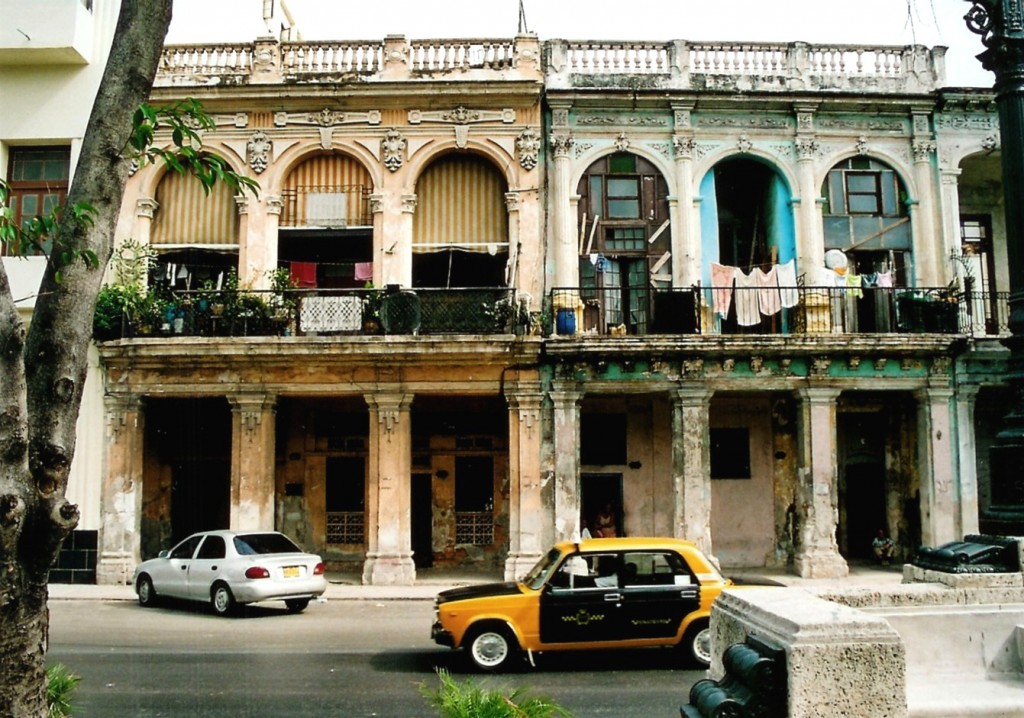 In Need of Repairs: One hopes that cooperative enterprise can help. 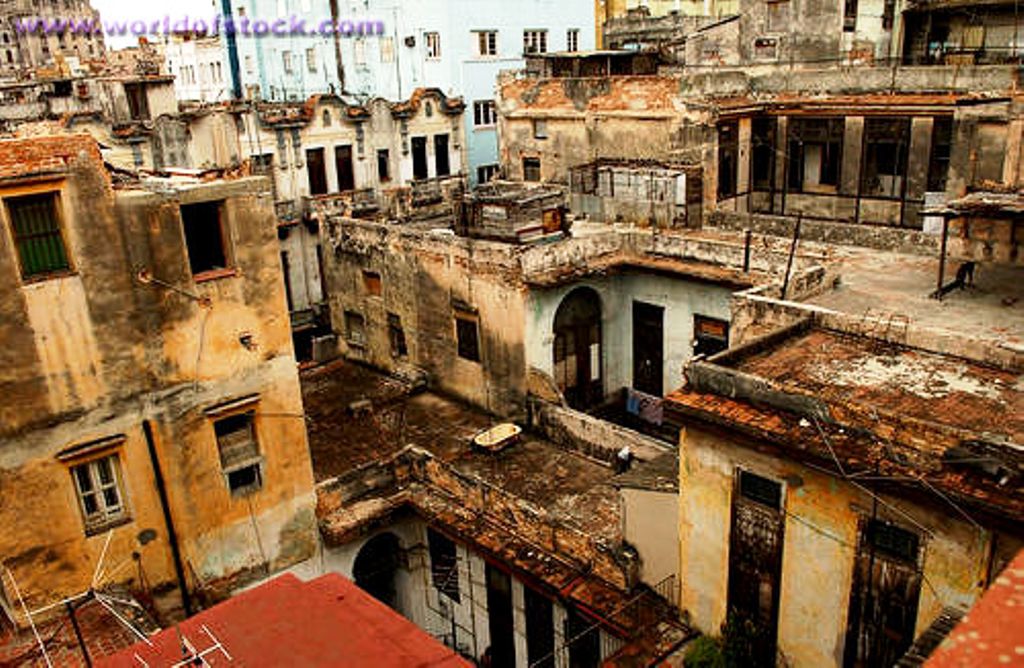