FIFTY YEARS OF CUBA’S MEDICAL DIPLOMACY: FROM IDEALISM TO PRAGMATISM

Medical diplomacy, the collaboration between countries to simultaneously produce health benefits and improve relations, has been a cornerstone of Cuban foreign policy since the outset of the revolution fifty years ago. It has helped Cuba garner symbolic capital (goodwill, influence, and prestige) well beyond what would have been possible for a small, developing country, and it has contributed to making Cuba a player on the world stage. In recent years, medical diplomacy has been instrumental in providing considerable material capital (aid, credit, and trade), as the oil-for-doctors deals with Venezuela demonstrates. This has helped keep the revolution afloat in trying economic times. What began as the implementation of the one of the core values of the revolution, namely health as a basic human right for all peoples, has continued as both an idealistic and a pragmatic pursuit. This article examines the factors that enabled Cuba to conduct medical diplomacy over the past fifty years, the rationale behind the conduct of this type of soft power politics, the results of that effort, and the mix of idealism and pragmatism that has characterized the experience. Moreover, it presents a typology of medical diplomacy that Cuba has used over the past fifty years. 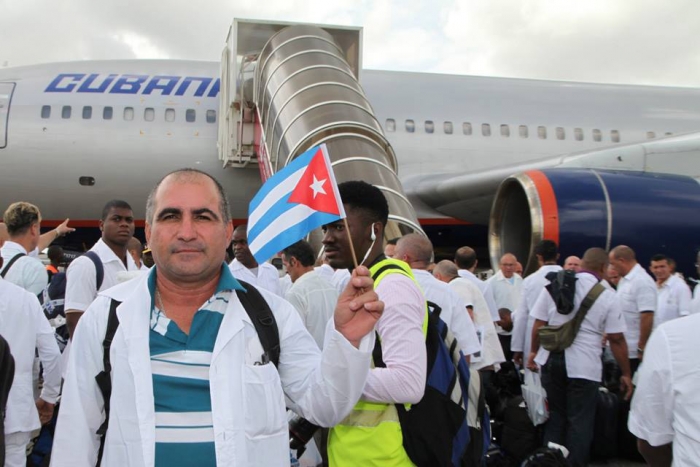 Medical diplomacy has been a cornerstone of Cuban foreign policy since the outset of the revolution fifty years ago. It has been an integral part of almost all bilateral relations agreements that Cuba has made with other developing countries. As a result, Cuba has positively affected the lives of millions of people per year through the provision of medical aid, as well as tens of thousands of foreign students who receive full scholarships to study medicine either in Cuba or in their own countries under Cuban professors. At the same time, Cuba’s conduct of medical diplomacy with countries whose governments had not been sympathetic to the revolution, such as Pakistan, Guatemala, Honduras, and El Salvador, to name only a few, has led to improved relations with those countries. Medical diplomacy has helped Cuba garner symbolic capital (goodwill, influence, and prestige) well beyond what would have been possible for a small, developing country, and it has contributed to making Cuba a player on the world stage. In recent years, medical diplomacy has been instrumental in providing considerable material capital (aid, credit, and trade), as the oil-for doctors deals with Venezuela demonstrates. This has helped keep the revolution afloat in trying economic times.

What began as the implementation of one of the core values of the revolution, namely health as a basic human right for all peoples, has continued as both an idealistic and a pragmatic pursuit. As early as 1978, Fidel Castro argued that there were insufficient doctors to meet demand in the developing world, despite the requesting countries’ ability to pay hard currency for their services. Because Cuba charged less than other countries, with the exception at that time of China, it appeared that it would win contracts on a competitive basis. In fact, during the following decade (1980s), Cuba’s medical contracts and grant aid increased. In most cases, aid led to trade, if not to considerable income. With the debt crises and the International Monetary Fund’s structural adjustment programs of the 1980s, grant aid predominated. In 1990, Cuban medical aid began to dwindle as neither the host countries nor Cuba could afford the costs, the former because of structural adjustment–mandated cuts in social expenditures and the latter because of the collapse of its preferential trade relationships following the demise of the Soviet Union. As Cuba’s ability to provide bilateral medical aid diminished, its provision of medical aid through multilateral sources (contracts) increased.56 Cuba’s medical diplomacy continued, albeit on a smaller scale during the 1990s, until the rise of Hugo Chavez in Venezuela.

With medical services leading economic growth in the twenty-first century, it seems unlikely that even the more pragmatic Raul Castro will change direction now. In contrast, dependency on one major benefactor and/or trade partner can be perilous, as the Cubans have seen more than once. If Chavez either loses power or drastically reduces foreign aid in an effort to cope with Venezuela’s own deteriorating economic conditions and political opposition,

Cuba could experience an economic collapse similar to that of the Special Period in the early 1990s. In fact, the global financial and economic crisis has compounded existing problems. In an effort to avert that type of collapse, Raul Castro has been trying to further diversify Cuba’s commercial partners.57 In July 2009, Cuba received a new US$150 million credit line from Russia to facilitate technical assistance from that country, and companies from both countries signed various agreements, including four related to oil exploration.

Furthermore, Raul Castro made clear in his August 1, 2009, speech before the National Assembly of People’s Power, that Cuba could not spend more than it made. He asserted that it was imperative to prioritize activities and expenditures to achieve results, overall greater efficiency, and to rationalize state subsidies to the population. Despite a little help from its Venezuelan friend, the Cuban government has had to embark on austerity measures that hark back to the worst of times right after the collapse of the former Soviet Union.60 With two budget cuts already this year, restrictions on electricity distribution, and a 20 percent decrease in imports, it is likely that the Cuban government will attempt to increase its medical exports to countries that can afford to pay for them. In fact, in August 2009, Raul Castro indicated that Cuba would need to increase the production of services that earn hard currency.62 Pragmatism clearly dictates this course of action even if it also is imbued with strong revolutionary idealism about humanitarian assistance.

Economic and political benefits of medical diplomacy aside, Fidel, both when he was president and today as an elder statesman and blogger, most sincerely cares about health for all, not just for Cubans. His long-term constant involvement in the evolution both of the domestic health system and of medical diplomacy has been clear through both his public pronouncements and actions, and the observations and commentary of his subordinates and external observers.  Today, this concern for health is part of the social agenda of ALBA, through which, for example, additional Cuban medical aid to Haiti post-2010 earthquake is being conducted.

Unable to offer financial support, Cuba provides what it excels at and what is easily available, its medical human resources. International recognition for Cuba’s health expertise has made medical diplomacy an important foreign policy tool that other, richer countries would do well to emulate. After all, what country could refuse humanitarian aid that for all intents and purposes appears to be truly altruistic?