Brazilian President Dilma Rousseff, who was inspired by Cuba’s revolution to take up arms against Brazil’s military dictatorship in the 1960s, is making the two-day visit to Havana as Castro takes steps to ease state control of the economy.

Brazilian President Dilma Rousseff, who was inspired by Cuba’s revolution to take up arms against Brazil’s military dictatorship in the 1960s, is making the two-day visit to Havana as Castro takes steps to ease state control of the economy. Photographer: Adalberto Roque/AFP/Getty Images

Brazilian President Dilma Rousseff will meet today with her Cuban counterpart, Raul Castro, to promise more trade and investment as human rights issues intrude on her first state visit to the communist island.

Rousseff, who was inspired by Cuba’s revolution to take up arms against Brazil’s military dictatorship in the 1960s, is making the two-day visit to Havana as Castro takes steps to ease state control of the economy. Tomorrow she’ll travel to Haiti, where Brazil is leading a United Nations peacekeeping force. 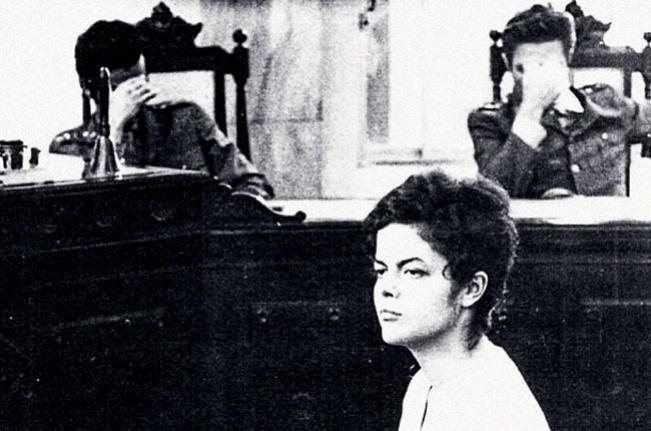 The death this month of jailed dissident Wilman Villar after a 50-day hunger strike has drawn attention in Brazil’s media to Castro’s rights record and the government’s refusal to criticize it. While Rousseff has so far ignored requests for a meeting from pro-democracy activists, her government last week granted a tourist visa to Yoani Sanchez after the Cuban blogger invoked the president’s experience surviving prison and torture in an appeal to be allowed to leave the island.

“Rousseff is going to be in a very awkward situation by choice,” former Brazilian Foreign Minister Luiz Felipe Lampreia said in a phone interview from Rio de Janeiro. “She didn’t have to go to Cuba.”

Rousseff vowed to make human rights a priority of her foreign policy, and in condemning abuses in Iran distanced herself from the policies of her predecessor and mentor, Luiz Inacio Lula da Silva.

Urged on by his Workers’ Party, some of whose leaders were exiled in Cuba, Lula refused to criticize Fidel Castro or his brother’s government while in power from 2003 to 2010. Following a visit in 2010, which coincided with the death of another hunger striker, the former union leader compared the country’s dissidents to “criminals” in Sao Paulo jails.

While Rousseff, 64, is unlikely to address Cuba’s human rights situation publicly, she’s able to talk productively to Castro about his government’s record behind the scenes, said Julia Sweig, a senior fellow at the Washington-based Council on Foreign Relations.

“There won’t be the kind of back-slapping that we saw when Lula was there,” said Sweig, who is the author of several publications on Brazil and Cuba. “Precisely because of Dilma’s history and her explicit sensitivity to human rights I think she is well positioned for political dialogue.”

In the run-up to Rousseff’s arrival, Brazilian newspapers published almost-daily interviews with Sanchez and activists from groups including the Ladies in White, in which they called for a meeting with the president’s delegation.

Any such requests will be studied by Brazil’s Embassy in Havana, the foreign ministry said in a statement. Rousseff’s agenda doesn’t include any meetings with activists, and underscoring the commercial nature of the visit, her human rights minister is not among the cabinet officials and business leaders making up her delegation.

“There doesn’t appear to be an emergency in Cuba,” Patriota said Jan. 27 at the World Economic Forum in Davos, Switzerland. “There are other situations that are very worrisome, including Guantanamo,” he said, referring to the U.S. detention camp for suspected terrorists on Cuba’s southeastern tip.

While Cuba isn’t among Brazil’s 30-biggest commercial partners, trade between the two countries has been expanding at a 30 percent annual pace since 2006, reaching $642 million last year, according to Brazil’s Foreign Ministry. Together with China and Venezuela, which provides the country with subsidized oil, Brazil has emerged as one of Cuba’s biggest foreign investors.

Rousseff will visit today the deepwater port at Mariel, which is undergoing a nearly $1 billion renovation led by Odebrecht SA with funding from the Brazil’s state development bank. The Salvador, Brazil-based construction and raw materials conglomerate said yesterday that it will also sign an agreement to expand a sugar-cane mill operated by state-controlled Azcuba.

Brazil’s role in helping Cuba create jobs, contrasting with longstanding hostility from the U.S., reinforces positive, albeit slow-paced changes taking place on the island of 11.2 million under Castro, said Sweig.

Since the 85-year-old Castro began handing power to his brother in 2006, the former defense minister has taken steps to open up the economy, which placed 177 out of 179 countries, ahead of only Zimbabwe and North Korea, in a ranking this month of economic freedom by the Washington-based Heritage Foundation.

For the first time in a half-century, Cubans can now buy and sell property and cars. After the 80-year-old Raul Castro began slashing state payrolls with a goal of eliminating 500,000 jobs, they’re able to seek self-employment as janitors and taxi drivers.

The overhaul comes amid declines in tourism and the price of nickel, the country’s biggest export, caused by a global economy whose prospects for recovery have dimmed, according to International Monetary Fund projections. The government expects Cuba’s gross domestic product to expand 2.7 percent this year, below the IMF’s 3.6 percent forecast for Latin America and the Caribbean region.

Political change has been slower. Speaking at a Communist Party summit on Jan. 29, Castro vowed to maintain single-party rule, adding that multi-party democracy would buoy U.S. “imperialism” in Cuba.

Still, the government last year freed the remaining 12 political prisoners that made up the so-called Group of 75 journalists and rights activists who were jailed during a 2003 crackdown. The Roman Catholic Church helped negotiate the release, and Pope Benedict XVI is scheduled to visit the once anti-clerical island in March.

The 36-year-old Sanchez, a critic of Castro’s government on a blog called Generation Y, referred to Rousseff’s persecution by Brazil’s 1964-1985 dictatorship in her appeal for a visa to attend a screening in Salvador of a documentary she appears in. Sanchez has been blocked from traveling abroad for the past four years.

“I saw a photo of young Dilma, sitting on a bench blindfolded as men accused her,” Sanchez wrote Jan. 24 on Twitter. “I feel that way right now 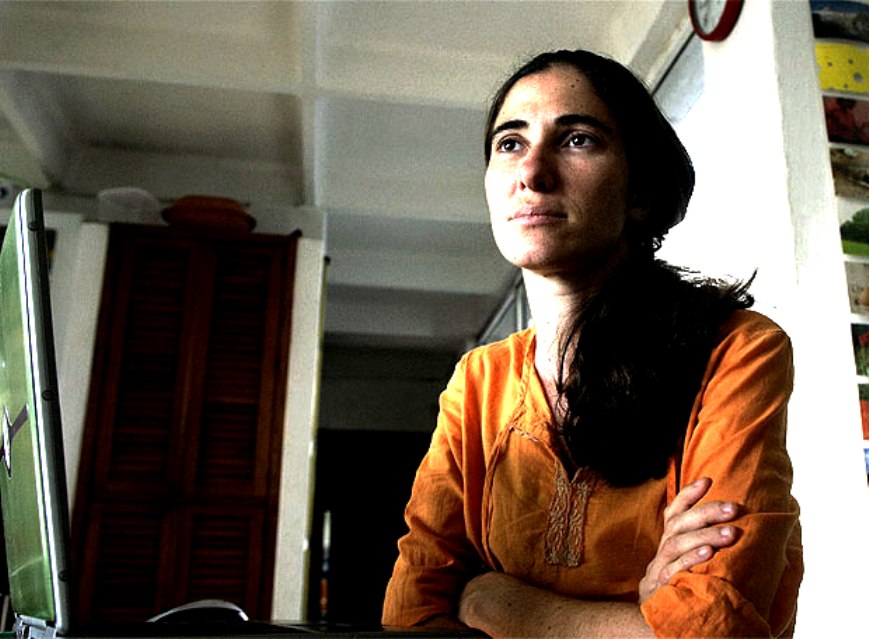