HAVANA TIMES – Numerous Cuban civil society organizations as well as regional and other international groups and individuals are calling for action to preserve the life of several hunger strikers of the San Isidro Movement in the Cuban capital.

The demands include the release of rapper Denis Solis from prison and an end to the flagrant human rights violations. The statement issued on Thursday morning also draws attention to the continuous repression and arbitrary movement restrictions on journalists and independent media.

We, therefore, urge Cuban authorities to act in accordance with their obligation to preserve the life and health, and safety of the 14 activists at the MSI headquarters since November 16, demanding the release of the musician Denis Solis González.

On November 9, 2020, Denis Solís González was brutally detained by agents of the National Revolutionary Police (PNR) in the Habana Vieja municipality, a few blocks from his home. Since then, there has been no communication with the musician, and attempts to gather information on his whereabouts through official channels were unsuccessful. According to international standards, Solís González has been forcibly disappeared.

Upon arrest, the acting agents failed to present a valid arrest warrant, inform Solis Gonzalez of his charges and instruct him on his rights as a defendant.

As detailed in the judicial order in response to the Habeas Corpus filed on November 10, he was sentenced in under 72 hours to eight  months of deprivation of liberty for the crime of “contempt” without receiving the most basic guarantees of due process. Additionally, on November 11, he was transferred to the maximum-security prison in Valle Grande.

Between November 10 and 18, there have been 34 arbitrary arrests of 20 individuals documented, alongside surveillance operations intended to prevent free movement and internet service blocks for artists, activists and journalists peacefully demonstrating for the release of Denis Solís. The various peaceful protests demanding the release of the musician have resulted in an escalation of violence.

Since November 16, approximately 14 activists, artists and journalists have congregated at the MSI headquarters, under siege from state security forces. At first, MSI was barred access. In response, they organized a poetic reading at the headquarters. Later, following the theft of their food, a few activists began a hunger strike. Finally, a substance that they suspect is hydrochloric acid, was thrown onto the door and roof of the headquarters, damaging their water supply.

It is important to highlight the information lockdown that has been implemented. Journalists and activists in solidarity with MSI have been prevented from leaving their homes for at least nine days. There have also been attacks on foreign press and arrests of independent journalists, who on November 22, sought to cover the demonstrations and/or meetings organized throughout the central parks of Havana.

Given the facts presented, the undersigned organizations urgently call upon the Cuban government to allow the International Red Cross entry so they can respond to the request for assistance MSI has issued over the past two days.

We also demand that the Cuban government declare the criminal proceedings against Denis Solis González void and proceed with his immediate release. We hope they respond to the call for dialogue from members of Movimiento San Isidro in order to protect the lives of the activists.

We also demand that the government allow citizens to exercise their right to peacefully protest and that the harassment and digital interference against those who participate in or carry out journalistic coverage of these events cease. It is indefensible, that the Cuban State, recently elected to occupy a place on the United Nations Human Rights Council, should engage in this type of systematic infraction of human rights in flagrant violation of all relevant international agreements and standards.

We also demand that the High Commissioner of the United Nations, Michelle Bachelet, condemn the multiple human rights violations perpetrated by agents of the Cuban State against the people engaging in legitimate protest at the Movimiento San Isidro headquarters.

We call on embassies, the European Union, and the special procedures of the United Nations and the Inter-American Commission on Human Rights, to firmly communicate to the Cuban State their condemnation and concern regarding these events, and urge it to assume its obligations to guarantee and protect human rights, especially as a member of the United Nations Human Rights Council.

Center for a Free Cuba 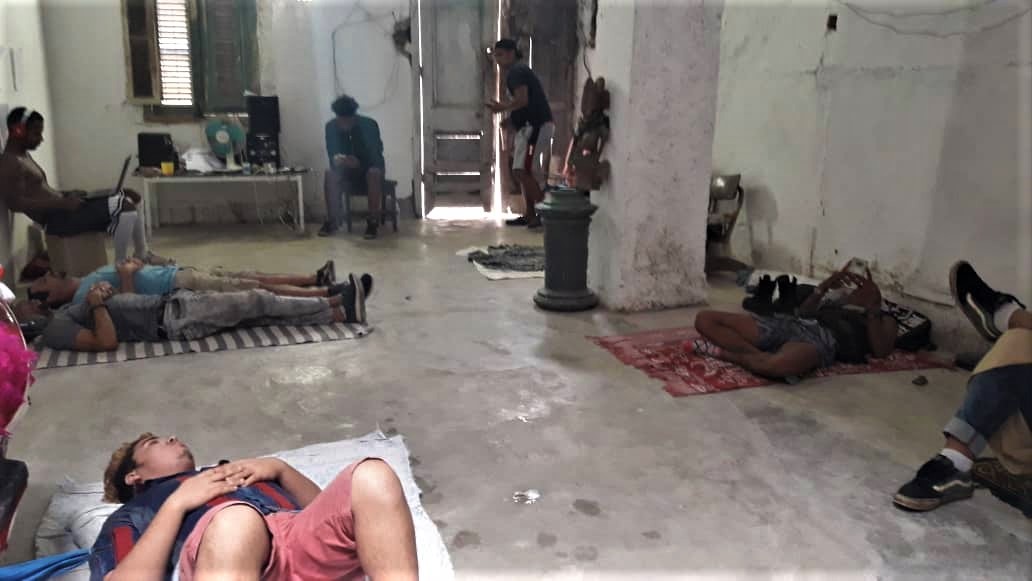 This entry was posted in Blog and tagged Human Rights, Opposition, Political System, Politics, The Arts. Bookmark the permalink.