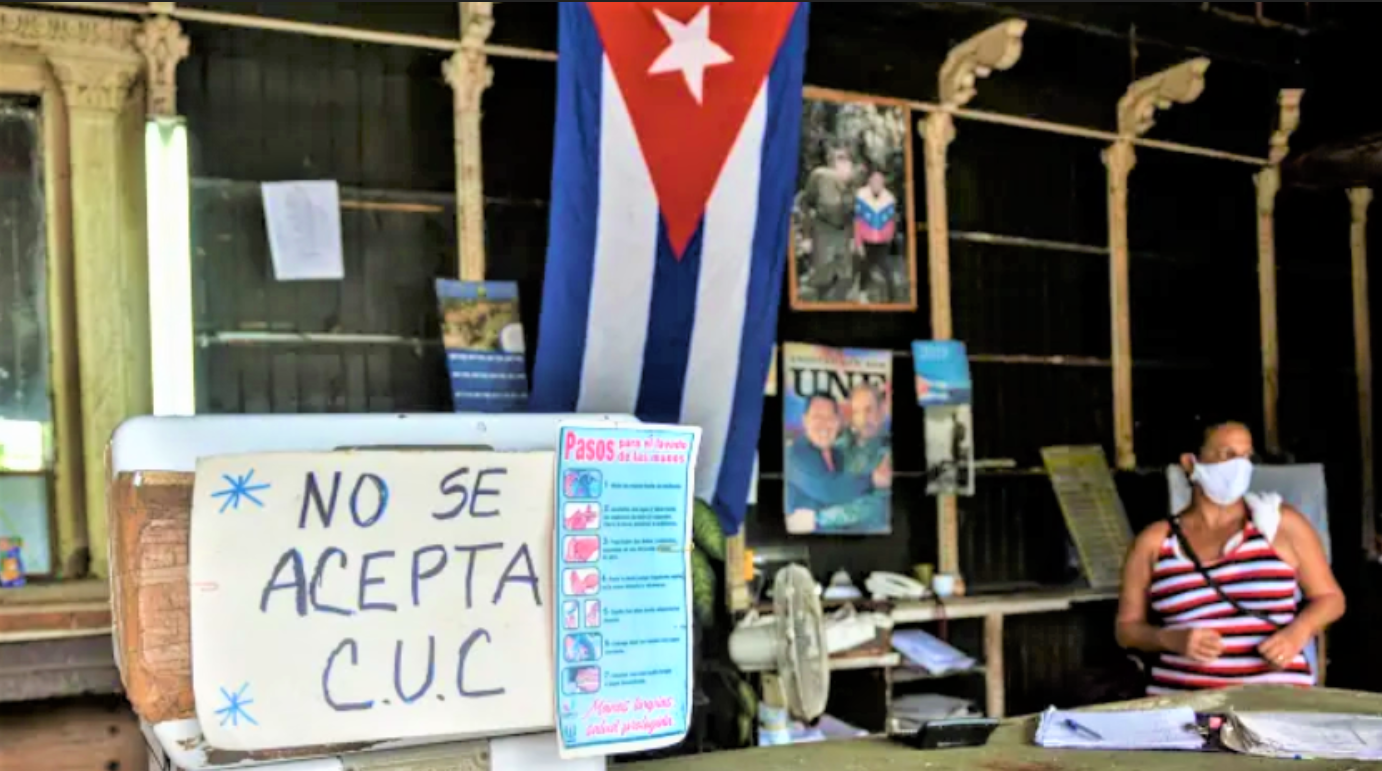 The Caribbean island nation is undergoing a crisis caused by an onslaught of new U.S. sanctions on top of a decades-old embargo, the pandemic and its inefficient Soviet-style command economy.

Alejandro Gil, speaking during a prime-time broadcast on state-run television, said the country could not overcome the crisis without unification which he said included wage, pension and other measures to protect the population.

“It is a profound transformation that the economy needs that will impact companies and practically everyone,” Gil said.  “It is for the good of the economy and good of our people because it creates favorable economic conditions that will reverberate through more production, services and jobs,” he added.

The monetary reform, expected before the end of the year, will eliminate the convertible peso while leaving a devalued peso, officially exchanged since the 1959 Revolution at one peso to the dollar.  The soon to be removed convertible peso is also officially set at one to 10 pesos to the dollar for state companies and 24 pesos sell and 25 pesos buy with the population.

The government has stated numerous times that residents will be given ample time to exchange convertible pesos at the current rate once it is taken out of circulation and banks will automatically do the same with convertible peso accounts.  President Miguel Diaz-Canel said last week the country would end up with a single currency and exchange rate with the dollar but did not say what that rate might be or the date devaluation would happen.

Foreign and domestic economists forecast the move will cause triple digit inflation and bankruptcies while at the same time stimulating domestic economic efficiency and exports over imports.

The state controls the lion’s share of the economy and sets most wages and prices. Neither domestic currency is tradable outside Cuba.

“There will be no shock therapy here, the vulnerable will be protected. At the same time, it will favor motivation to work and the need to work to live,” Gil said.

Diaz-Canel announced in July that market-oriented reforms approved by the Communist party a decade ago and never implemented, including monetary measures, would be quickly put in place in response to the crisis. He said last week that monetary reform had now been approved by the all-powerful politburo.

Cuba, dependent on food, fuel and other imports has been caught short of cash as sanctions hit its foreign exchange revenues and the pandemic demolishes tourism and undermines remittances, creating food, medicine and other shortages.  Last year, the government began opening better stocked foreign exchange stores for people with access to dollars or a basket of other international currencies from remittances and other sources. However, all transactions must be electronic, for example through debit cards.

Foreign and local economists forecast economic activity will decline at least 8% this year, with trade down by around a third.