WHO WILL BE CUBA’S PRIME MINISTER? A GENERAL AND FORMER CASTRO SON-IN-LAW STANDS OUT

Original Article: WHO WILL BE CUBA’S PRIME MINISTER?

Whether in New York, Mexico, or Russia, a face has become familiar in the most recent international trips Cuban leader Miguel Díaz-Canel has made: that of General Luis Alberto Rodríguez López-Calleja.

Introduced as “an economic adviser,” the enigmatic military figure was third in line to greet Russian President Vladimir Putin at a meeting last week, just behind the vice president of the Council of Ministers, Ricardo Cabrisas, who renegotiated the debt to Russia, and foreign minister Bruno Rodríguez.

López-Calleja also sat close to Díaz-Canel in a meeting with Mexican president Andrés Manuel López Obrador in mid-October this year and accompanied him to his debut at the United Nations in September 2018.

Although the official Cuban media has been ambivalent, showing López-Calleja in photos but without publicly naming him as part of the official delegations, his growing international profile suggests that Raúl Castro’s former son-in-law could be among the favorites to fill the newly created position of prime minister.

While leaving much in place, the Cuban Constitution approved in February established a division at the top of the government and the appointment of a prime minister. Accordingly, Díaz-Canel changed his title from President of the Council of State and Ministers to President of the Republic at the beginning of October. The Cuban leader has three months to propose a prime minister, who will be in charge of the day-to-day running of the country.

“The election or designation of the prime minister is a decision in which the executive committee of the Political Bureau of the [Cuban Communist Party], the nerve center of the Cuban one-party system, will have the lead,” said Arturo López-Levy, assistant professor of international relations and comparative politics at Holy Names University in Oakland. Key figures of the generation of historical leaders, such as the first and second secretary of the Party, Raúl Castro and José Ramón Machado Ventura, as well as Castro’s successor in the presidency, Díaz-Canel, must approve the candidate, the analyst said.

López-Levy is López-Calleja’s cousin but declined to comment on their family relationship.

Although the president of the republic, Díaz-Canel, remains as head of state and “supreme” chief of the armed forces as established in the new Constitution, the prime minister will have great power as head of government and chief decision-maker in the administration of the country.

The new prime minister must manage the economic situation of the country, “particularly in the areas of food and energy security,” have the support of the Party and the Armed Forces high command, as well as knowledge of international affairs, especially relations with the U.S., Russia, and China, López-Levy said.

López-Calleja, a Castro relative with proven experience in administration and leadership over the military, as well as contact with business people and foreign leaders, stands out as the ideal candidate for the position.

He is the true czar of the Cuban economy, being at the head of the Grupo de Administración Empresarial S.A. (GAESA), a conglomerate of military companies estimated to control at least half of the Cuban economy. GAESA manages critical areas such as the remittance business, most of the tourism industry, the Special Development Zone in the Port of Mariel as well as the main stores and supermarkets, gas stations, import and export companies, shipping and construction companies, warehouses and an airline.

In emails obtained by the Miami Herald, managers at Odebrecht — the Brazilian construction company involved in a corruption scheme throughout Latin America that was in charge of the modernization of the Port of Mariel in Cuba — wrote that, though López-Calleja divorced one of Raúl Castro’s daughters, Deborah, he had the ear of the Cuban leader and exercised “strong leadership in the decisions made by the Cuban government. All our businesses in Cuba passed through their hands.”

GAESA is currently under U.S. sanctions. Some analysts suggest that the fact that the Trump administration did not include López-Calleja among Castro’s relatives hit with recent visa sanctions might indicate that the U.S. believes the general could play a key role during a transition on the island.

But internal movements in Cuba are difficult to predict, and López-Calleja is not the only one with prospects of becoming prime minister.

Foreign Minister Rodríguez has increased his international profile in recent years, capitalizing on his frequent harsh criticism of the U.S. government while negotiating a new diplomatic agreement with the European Union. He also served in the military and has spent years cultivating relations in the Party as a member of its Central Committee, to the point that he is seen as someone who represents the most conservative voice of the Party in the foreign ministry.

While Rodríguez and Tapia are currently members of parliament, López-Calleja must become a deputy in order to be nominated as prime minister, a requirement written in the new Constitution. Since the last parliamentary elections in March 2018, the Assembly has dropped 22 deputies and admitted 16 new ones who were not elected, through a mechanism that is not public.

The Party could also choose one of its own, for example, economist Jorge Luis Tapia, appointed a vice president of the Council of Ministers in September, after a decade leading the Party, first in the province of Ciego de Ávila and then in Camagüey.

Castro and the military could also keep López-Calleja as an influential figure who acts behind the scenes, especially for his valuable contacts with international business people.

“While he is a logical candidate given his success at managing GAESA, his business expertise may be more valuable there than as prime minister,” said William LeoGrande, a professor of government at American University and a specialist in U.S. relations with Cuba.

But the advance age of Castro, 88, and Machado, 89, leads López-Levy to think that whoever occupies the prime minister position will have real power during an imminent transition.

“In the transitions of post-revolutionary regimes, the titles acquire real power,” he said. In those circumstances, “people prefer to formalize their position.” 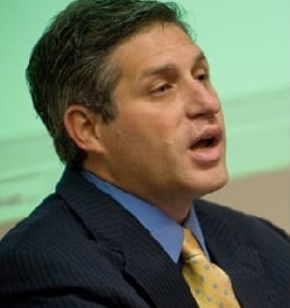 This entry was posted in Blog and tagged Miguel Diaz-Canel, Political System, Politics. Bookmark the permalink.