Former Latin American presidents on Wednesday urged participants in the upcoming VIII Summit of the Americas to reject the new Cuban government scheduled to take power next week.

The former leaders of Costa Rica, Miguel Ángel Rodríguez, and of Bolivia, Jorge Quiroga, issued the statement on behalf of the 37 former heads of state and government that are part of the Democratic Initiative in Spain and the Americas.  They urged summit participants to “reject the presidential elections called by the dictatorship” and “refuse to recognize as legitimate the newly elected members of the National Assembly, the Council of State and its president because they do not represent the will of the people.”

The declaration, read from the halls of the Peruvian congress, also demands an end to the Cuban government’s repression of opponents and the release of political prisoners.

The former government leaders also endorsed a proposal for a binding plebiscite on whether Cubans want “free, just and pluralistic elections” pushed by the Cubadecide coalition headed by Cuban opposition activist Rosa María Payá.  Latin American leaders who will meet at the Summit of the Americas on Friday and Saturday “have a commitment to democratic stability in the region,” Payá said. “It is time for democracies in the Americas to pay their historical debt to the Cuban people.”

They also demanded the release of political prisoners and official recognition of the Cuban opposition as legitimate political players, and asked for more economic and political sanctions against the Cuban government. Quiroga and former Colombian President Andres Pastrana traveled to Havana last month to receive the Oswaldo Payá Liberty and Life prize, but were turned away by authorities at the airport. The prize was organized by the Latin American Network of Youths for Democracy, headed by Rosa Maria Payá, daughter of the late opposition activist. 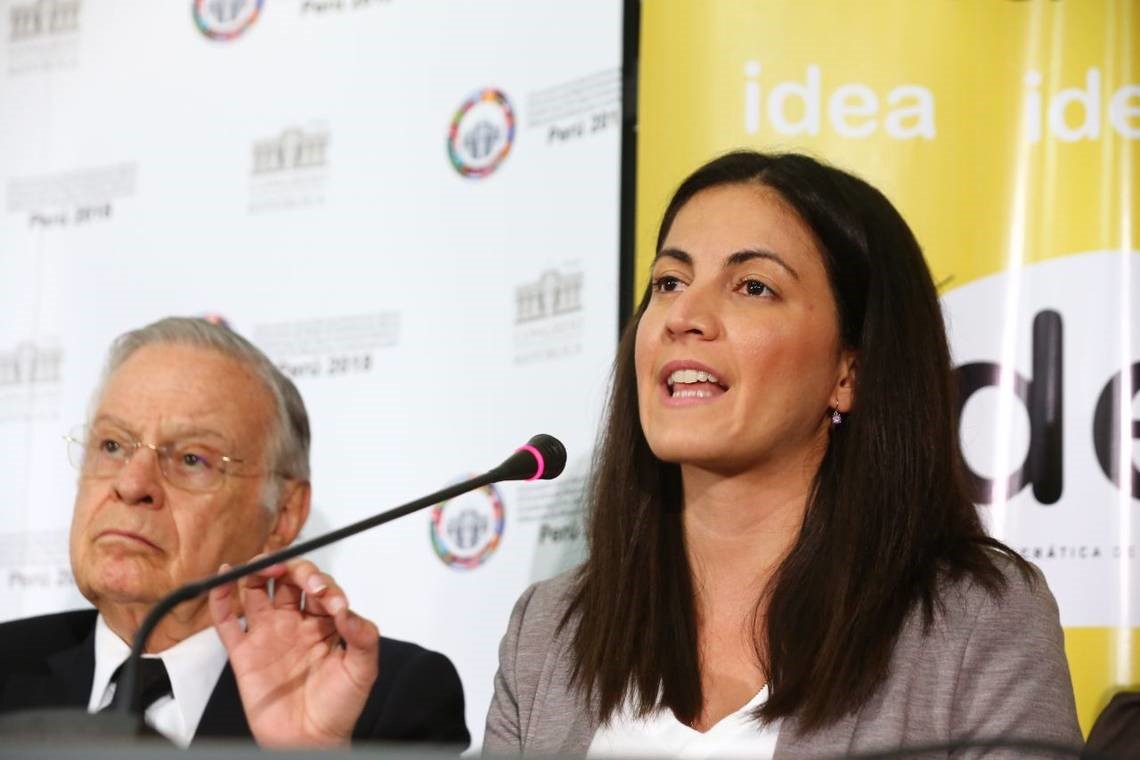 The selection of a new Cuban ruler when the island’s National Assembly meets April 19 is nothing but a “dynastic succession … a change of tyrants in a dictatorial system,” Quiroga told el Nuevo Herald. “How can an election be democratic with 605 candidates for 605 seats and a single party?”
Cuban leader Raúl Castro is expected to be replaced next week as head of state and government by First Vice President Miguel Díaz-Canel, although he is also expected to remain head of the Communist Party.
The former Bolivian president added that Peru’s invitation to Castro to attend the summit was “incoherent” because Venezuelan President Nicolás Maduro’s invitation was withdrawn.
“My only complaint to those who decided to exclude Maduro from the upcoming summit is that a narco-tyrant, who has been in power for 18 years and wants another six, is excluded because he’s about to turn Venezuela into a new Cuba, while those who have destroyed democracy in Cuba for 60 years are welcome.”
Before the news conference, Rodríguez, Quiroga and Payá met with the president of the Peruvian congress, Luis Fernando Galarreta Velarde.

“The Venezuelan problem has a starting place that many people at times forget, and that starting place is Cuba, Galarreta said. There’s a risk for the region “if we continue to avoid looking directly at the situation in those countries.”
Asked whether Peru would refuse to recognize the new Cuban government, Galarreta said that the country’s foreign policy was handled by the foreign ministry, not the legislature, but added that Congress would forward the former Latin American president’s petition to the executive branch.