FINALLY, AN LNG PROJECT FOR CUBA?

By Jorge R. Piñón, Director, Institutional Relations – Mexico, The Office of the Vice President for Research, The University of Texas at Austin. 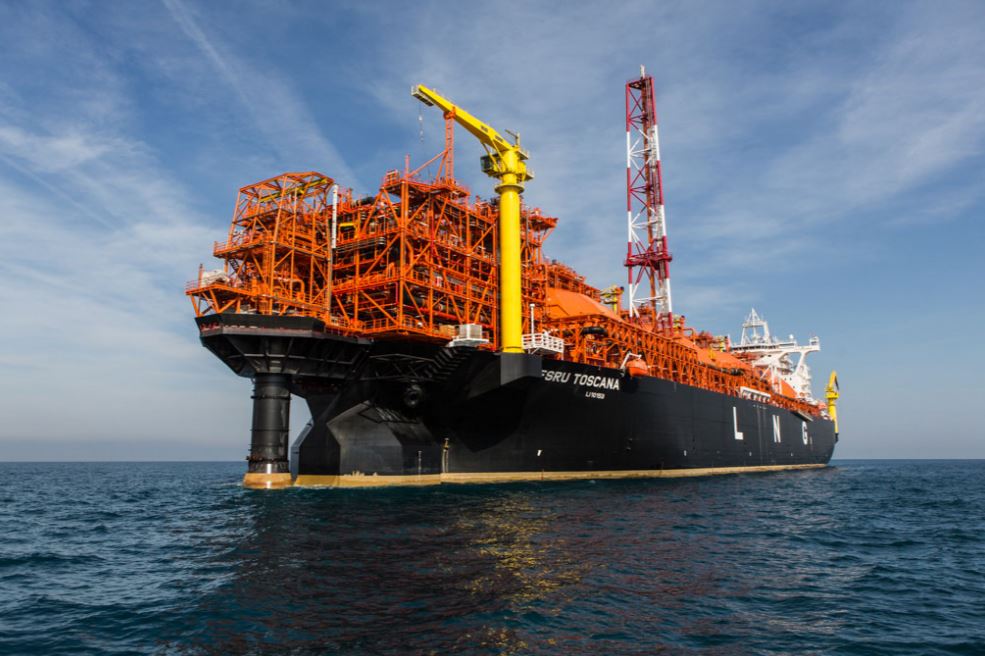 Is an LNG Floating Storage and Regasification (FSRU) unit in Cuba’s energy future?

FSRU’s are former LNG carriers capable of transporting, storing, and regasifying LNG onboard and deliver natural gas to on-shore power plants.  They typically cost about 50-60% less than a land based facility.  There are today over 100 FSRU projects in operation, construction or in various stages of development throughout the world; including in the Caribbean –Puerto Rico, Dominican Republic and Jamaica.

This could be a LNG supply agreement for a reported October 2015 Russia’s Inter RAO $1.4b usd deal with Cuba’s EnergoImport to install four 200 MW power plant units; three (600MW) in the Santa Cruz del Norte power plant and one (200MW) in Mariel.  The Santa Cruz del Norte power plant is 52 kilometers east of the deep-water Matanzas crude oil terminal.  The Inter RAO project financing is reported to be provided by a Russian 4.5 percent interest ten year loan.

France’s Total has been active in Cuba since 1993 in partnership with CUPET (ELF Gas Cuba S.A.) as a distributor of liquid propane and butane (LPG) bottles in Santiago de Cuba, used as home cooking fuel.

If the report is correct this could be the best strategic long term decision that the Cuban government has ever made toward a comprehensive National Energy Policy that would allow it to react to changes in price, geopolitical events and or supply-demand disruptions.

A clear road map could finally be emerging toward a balanced energy matrix of renewable sources such as wind, solar and biomass; and cleaner burning natural gas (compared to high sulfur fuel oil) for base-load generation, which still would represent 76% of its 2030 energy matrix.

LNG to the FSRU could be supplied from T&T, West Africa or eventually from the U.S….even through Mexico from Altamira.

As far back as 2010 we have been advocating in support of LNG as a fuel for Cuba’s based load needs: https://www.cubastandard.com/?p=3048, and in 2013 in Havana, during the IV Congreso Cubano De Petróleo Y Gas (Petrogas’2013): http://www.cubacienciasdelatierra.com/PROGRAMA

Whether it becomes a reality or another Cuban “pipe dream” we will have to wait and see.

Associated natural gas production is being used as fuel for onsite power generating plants of 400 mw total capacity owned and operated by Energas, a joint venture between Canada’s Sherritt and Cuba’s Cupet and Unión Eléctrica.

A LNG re-gasification facility to receive Venezuelan-sourced LNG is currently being planned for the southern coast port city of Cienfuegos by CuvenPetrol, a joint venture between Venezuela’s PdVSA (51%) and Cuba’s Cupet (49%). Two 1-million-ton re-gasification trains are planned for 2012 at a cost of over $400 million.  The natural gas is destined as fuel for that city’s thermoelectric power plant, and as a feedstock (hydrogen) for the Cienfuegos refinery and future petrochemical/fertilizer plants.

LNG is natural gas that has been super cooled to minus 260 degrees Fahrenheit (minus 162 degrees Celsius). At this temperature, natural gas condenses into a liquid taking up to 600 times less space than in its gaseous state, which makes it feasible to transport over long distances.

The chilled natural gas, now LNG, is then loaded onto specially designed tankers where it will be kept chilled until it reaches its final destination. The typical LNG carrier can transport about 125,000-138,000 cubic meters of LNG.

Once the tanker arrives at the regasification terminal, the LNG is offloaded into large storage tanks, built with full-containment walls and systems to keep the LNG cold until it is turned back into a gaseous state and moved into pipelines which will deliver the natural gas to the various end-users.

It is estimated that Venezuela has 176 trillion cubic feet (Tcf) of proven natural gas reserves the second largest in the Western hemisphere behind the United States. Venezuela’s PdVSA plans to build three liquefaction trains at the Gran Mariscal de Ayacucho natural gas complex in Guiria. The project would source gas from the Plataforma Deltana and Mariscal Sucre natural gas projects. Total investment in the three projects could approach $20 billion, with first exports by 2013.

Atlantic Basin LNG exporters such as Trinidad and Tobago (the only country in Latin America with liquefaction facilities), Nigeria, Equatorial Guinea, Algeria and possibly Angola could supply Cuba with LNG if Venezuela’s supplies are not available at the time of the completion of the Cienfuegos facility.

Cuba’s neighbors, the Dominican Republic and Puerto Rico are the only other Caribbean countries with LNG regasification facilities.

Natural gas, as the cleanest of the fossil fuels, emits fewer harmful pollutants, and helps to reduce greenhouse gas emissions such as carbon dioxide, sulfur dioxide, nitrogen oxides, and mercury.

Smog and poor air quality is a pressing environmental challenge in Cuba where high-sulfur (3%) crude oil and fuel oil are burned as electric power plant and industrial fuel for the cement, nickel and steel industries. In 2009, high-sulphur fuel oil accounted for 64 percent of Cuba’s petroleum consumption.

The CuvenPetrol refinery is in the process of a $3 billion expansion project which would double its processing capacity to 150,000 barrels per day as well as improving the quality of its refined products production.

The Carlos Manuel de Cespedes electric power plant in Cienfuegos is already in the middle of an upgrading and revamping project which will allow her to burn natural gas in its 158 mw generating capacity unit number 3.

Natural gas will provide fuel to the refinery as well as hydrogen for the upgrading units scheduled to be completed by 2013. Natural gas will also be used as a feedstock for a planned $1.3 billion petrochemical complex which will include ammonia and urea producing facilities which will provide Cuba with much needed fertilizers for its agricultural sector.

All seems to indicate that Cuba is moving forward toward an energy policy which embraces energy conservation, modernization of the energy infrastructure and a balance sourcing of oil and natural gas in a way that protects the island’s environment.

This entry was posted in Blog and tagged Energy. Bookmark the permalink.