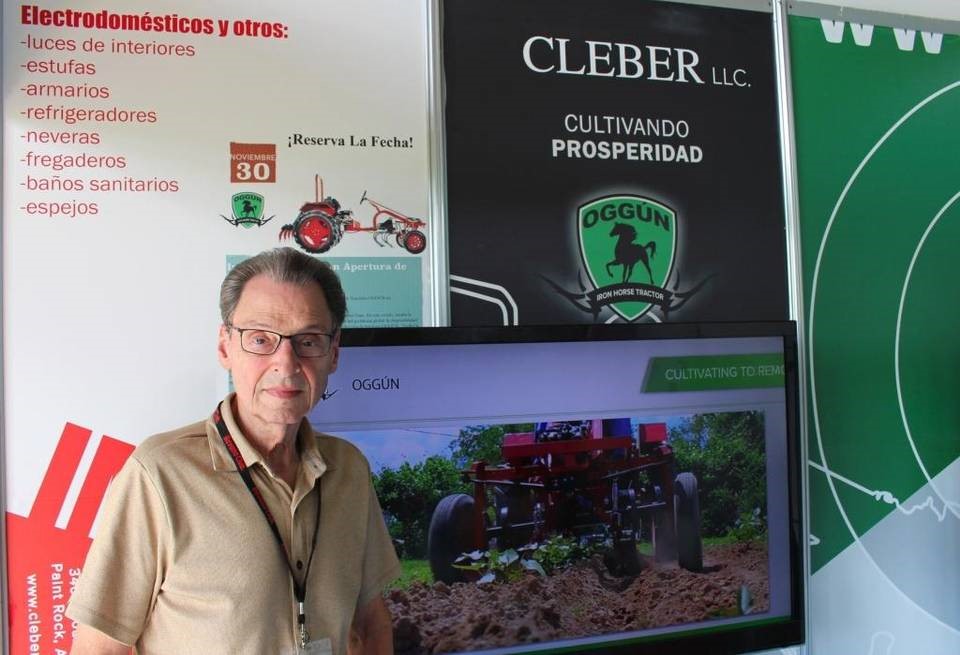 Saul Berenthal was to become the first Cuban American investor on the island with a plan to assemble tractors to help small farmers. But his full embrace of his Cuban roots backfired.

The tale of Cleber LLC, a U.S. company that wants to assemble farm tractors in the Mariel Special Development Zone near Havana, is one example of the questions the island’s government will have to face if it wants to attract investments from the Cuban diaspora.

President Barack Obama described the proposal in March by Cleber, owned by Cuban American businessman Saul Berenthal and his partner, Horace Clemmons, as the first business with 100 percent U.S. capital authorized to invest in Cuba in more than half a century.

The goal was to assemble — and in the future produce from the ground up — a line of tractors for small-scale farmers under the Oggun brand, using Cuban labor for the benefit of the Cuban people, Berenthal told the Granma newspaper, official voice of the Cuban Communist Party, in April.

But Berenthal was told during the Havana International Fair, a business exhibition held Oct. 31-Nov. 4, that the proposal had been rejected.  Berenthal told el Nuevo Herald that the project “was not canceled. More than anything else, it was not authorized.”

The real reason for the rejection was that Berenthal, a 73-year-old retired software engineer who was born in Cuba and lived in the United States since 1960, had obtained permanent residence in Cuba, according to a knowledgeable source who asked for anonymity to speak about the issue.

Berenthal’s “repatriation” put the Cuban government in a difficult position: accept the project, even though it would break its own ban on large investments by Cubans who live on the island, or reject it using an indirect argument. Officials chose the second option.

Berenthal said the government told him the proposal did not meet the Mariel requirements on technology and worker safety.

Berenthal said his repatriation had nothing to do with the government’s decision “because they were aware from the beginning” of his efforts to become a permanent residence. He added that the rejection of the Mariel project “does not mean we will not continue with the project. They suggested we contact the Agriculture Ministry.”  Berenthal’s legal residence on the island — which gave him the right to buy property and obtain free medical care, among other perks — put him at odds with laws that forbid Cubans who live on the island from establishing medium or large-scale companies.

The Justice Ministry’s web pages notes that the Cuban government does not recognize dual citizenship and follows the principle of “effective nationality.” That means a person with dual citizenship, such as Cuban Americans, can exercise only one when they are on the island.  “That does not mean a Cuban citizen cannot have another citizenship, but the valid one here is ours,” the ministry notes.

Although the Cuban constitution does not recognize the right of citizens living abroad to return and reunite with their families, they can be allowed to re-establish permanent residence and recover the benefits the government cancels for those it considers to have emigrated. Cubans with U.S. citizenship who return and re-establish permanent residence are therefore considered to be Cuban citizens only, subject to Cuban laws and regulations.

The Cuban ambassador in Washington, José Ramón Cabañas, told an interviewer in October that more than 13,000 Cubans living in the United States had been approved for repatriation in the previous two years. More applications were being processed, he added.

The impact on the U.S. status of Cubans who repatriate “is zero,” said immigration lawyer Wilfredo Allen. “The problem is that Cuba controls you.”

That control means, as in Berenthal’s case, that those 13,000 Cuban Americans who returned cannot invest their money in Cuban companies — even though the country’s Foreign Investment Law leaves open the possibility that Cubans with other nationalities may invest in areas such as tourism or energy.

Private sector workers in Cuba, known as cuentapropistas (self-employed), are licensed only to work for themselves and cannot legally establish companies to expand their work beyond a small scale. Larger enterprises are allowed only for the government and foreigners.

According to a report on the foreign investment law produced by the National Organization of Cuban Law Firms, “Cuban citizens residing in the country cannot participate as partners in a joint venture.” The report added: “This law is designed to favor ‘foreign investors’ or Cubans living outside the country.”

Cuban American economist Carmelo Mesa Lago said those restrictions are counterproductive, especially at a time when the island’s economy is shrinking.

Cuba’s Economy Minister Ricardo Cabrisas has said that only 6.5 percent of investments planned for 2017 are tied to foreign capital. The Cuban government estimates that it needs $2.5 billion in annual investments for economic growth.

“It is totally crazy. The level (of foreign investments) they are receiving is absolutely minimal,” Mesa Lago told el Nuevo Herald. “The government needs investments in all sectors. They have set priorities and have more interest in big investments than in medium investments, and that is totally absurd.

“They need all kinds of investments,” he added. “Cubans who have the capacity to invest, based on their profits … that should be allowed.”