Cuba’s startup community is developing despite a lack of funding, equipment or fast internet. 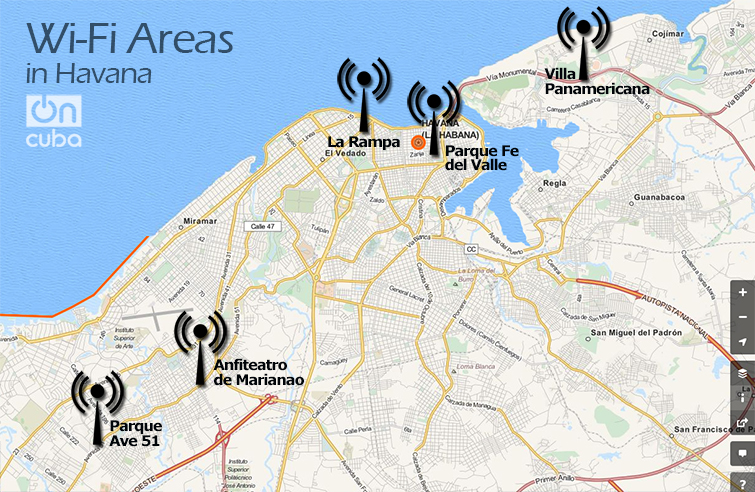 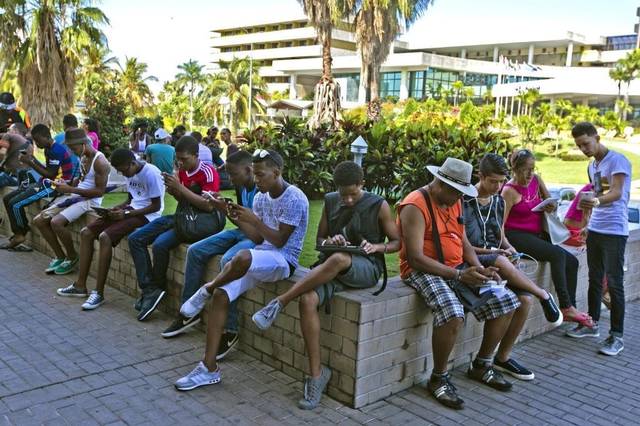 Cubans can access the internet at government-run wireless hotspots.

The barriers to founding a tech startup in Cuba are high. For starters, hardly anyone has access to internet connections faster than dial-up.

But that’s not stopping a generation of young entrepreneurs on the island, where a nascent tech community is challenging the idea that tech innovation has to come from places like Silicon Valley.

Two of those entrepreneurs, Eliecer Cabrera Casas and Pablo Rodríguez Yordy, spoke with AQ at a recent tech startup event in Miami about their experience founding the Yelp-like app Conoce Cuba.

“Cuba is an emerging market where there are a lot of opportunities and talented professionals,” Cabrera said. “You can’t invest at the moment, but in a short amount of time conditions can change. We’re preparing the field for the future.”

In addition to the challenges that entrepreneurs face region-wide – from weak infrastructure to innovation-stifling corruption – Cubans like Cabrera face a number of unique obstacles to getting their ideas off the ground.

One of the first hurdles they face is funding. While bank lending on the island is increasing, it’s still not sufficient to meet the needs of the 500,000 registered self-employed Cubans. And having been excluded from Cuba’s recent foreign investment law, tech entrepreneurs don’t have a legal avenue to receive direct funding from foreign companies or investors. Instead, they rely on a combination of state salaries and family connections to support their ideas. An estimated 70 to 80 percent of Cuba’s small businesses are funded with remittances and family money, according to Sergio Lázaro, president of the Cuban software engineering startup Ingenius.

Then there’s web access. Cuba has the lowest internet penetration rate in the region, at just 3.4 percent for authorized households. For businesses like Ingenius, which specializes in cloud computing, the key is to make the most of limited time on the internet. Programmers connect just twice a day, once in the morning to download what they’re working on and again in the evening to push finished products to their clients.

The spotty internet can also create opportunities. Conoce Cuba, which functions as an offline app and website, was built as an upgrade to traditional phone books, one of the few ways to discover business and restaurants on the island. Because Cuba has limited internet and nearly non-existent 3G or 4G cell phone network coverage, the app was first distributed through a network of cell phone repair shops. The shops agreed to act as physical app stores where Cubans could download the latest version of Conoce Cuba.

“Now there are about 70 of these repair shops in Havana that can […] install or update [the app] for users for free,” Cabrera said.

Today, the Conoce Cuba app is also distributed through the paquete semanal — a digital selection of TV shows, movies, foreign newspapers and music known in the U.S. as the internet in a box because it can be downloaded and shared without an internet connection.

The company’s founders acknowledged the difficulties in coding software so smartphones function as if they’re on the web even while not being connected to the internet. But a bigger challenge has been a lack of access to hardware, in part because of the U.S. embargo.

“We weren’t able to see what we’d created come to fruition because we lacked the resources,” explained Rodríguez.

Like many Cubans, however, they said they found ways to resolver, or overcome. By borrowing devices from friends and the repair shops they used to distribute the app, or by purchasing them outside Cuba, Cabrera and Rodríguez found creative ways to test and distribute their product on the island. Now, the task is to convince business owners and consumers that their product deserves a look.

“We were doing something new that people had never seen before, we had to earn their trust,” Rodríguez said. “The biggest challenge for us, and for any entrepreneur in Cuba, is to change the Cuban mentality about how to consume a tech product.”

This entry was posted in Blog and tagged Entrepreneurship, Information Technology, Small Enterprise. Bookmark the permalink.