THE LEADING CANADIAN EXPERT ON CUBA, MARK ENTWISTLE, FORMER AMBASSADOR TO CUBA, ON LATE-NIGHT CHATS WITH FIDEL, THE HARPER YEARS OF DIPLOMACY AND HOW TO DO BUSINESS IN HAVANA

Original: How to Do Business in Havana

When Mark Entwistle was Canada’s ambassador to Cuba in the mid-1990s, a knock on the door of his Havana residence might mean Fidel Castro was dropping by for a chat.

“He had a house that was maybe half a kilometre up from the official residence of the Canadian ambassador,” Mr. Entwistle said. “He used to stop by all the time. By himself. There would be a knock. It would be this big hulking figure, and he would ask if he could come in and say hi and have a gin and tonic. We’d talk in the backyard, we would talk in the living room. It was a quite remarkable thing. I kept pinching myself because … love him or hate him, he is one of the historic figures of our lifetime.”

Mr. Entwistle has parlayed his deep connections into a consultancy practice that helps Canadian and American companies prepare to do business in a Cuba increasingly open to foreign corporate involvement. His work with American firms has exploded since Dec. 17, 2014, the day U.S. President Barack Obama and Cuban President Raul Castro announced an unprecedented thaw in relations after more than five decades of distrust and detachment.

Mr. Entwistle is in a unique position to understand the subtleties of the change in U.S.-Cuban diplomatic relations. He spent years in Canada’s foreign service, with postings in Israel and the Soviet Union. He then served as spokesman for the department of external affairs and press secretary to prime minister Brian Mulroney, before being sent to Cuba as Canada’s ambassador from 1993 to 1997.

Mr. Mulroney describes Mr. Entwistle as “the leading Canadian expert on Cuba” whose combination of diplomatic and business skills gives him a unique perspective. As ambassador, he was a “sure pair of hands” with a “problem-solver bent,” the former prime minister told me in a brief phone chat. While Cuba is still somewhat archaic with a Byzantine political structure, “Mark is the kind of guy who can guide Canadian and American companies through these different layers of difficulty,” Mr. Mulroney said.

Indeed, Mr. Entwistle has a sophisticated and nuanced take on Cuba and its moves to open up relations with the United States. But I have to admit that his personal anecdotes are what grab my attention most during our three-hour lunch at Sassafraz in Toronto’s Yorkville area. I’m so captivated that by the time I finish my Arctic char and he polishes off his nine-spice roast chicken breast (him much later, as he is doing most of the talking), the restaurant – which had been packed and noisy – is completely empty.

Mr. Entwistle’s close relationship with Fidel, and the degree of access he had to the Cuban government when he was ambassador, was mainly a result of Canada’s unwavering support during the depths of the U.S. chill. “We were players in many ways,” he said. “That is not the case now. There are so many competitors, and now that the Americans have arrived it is sucking up all the oxygen.”

But during Mr. Entwistle’s time as ambassador it was not unusual to get a call in the middle of the night and be summoned to Fidel’s office. “He would ask questions … he was very interested in Canadian politics … what it was like living beside the United States.” Sometimes Fidel would come to the Canadian ambassador’s residence for formal dinners, especially if Pierre Trudeau – then long retired – was in town. Mr. Trudeau was “one of the very few people that I ever saw Fidel sit and listen to, in true listening mode, not interrupting [or] formulating what he was going to say next,” Mr. Entwistle said. “It was not a mentor role, because Fidel Castro would never have a mentor. It was as an inadvertent confident. It was personally very important to Fidel.”

As a former diplomat, Mr. Entwistle is hesitant to use harsh words, but he is unequivocal about Canada’s weak efforts to take advantage of our long-standing warm relationship with Cuba. “I think it has been squandered,” he said, although “it is not gone. It is still there. The Cubans, in a way, are waiting for us to come back.”

Aside from mass tourism, and the operations of Toronto-based mining giant Sherritt International Corp., “there is effectively no major Canadian [business] play in Cuba. Against the backdrop of history, of what we used to share together, the Cubans find it odd.”

Some, but not all of the blame, can be placed on the Stephen Harper government, which was leery of appearing to be too close to a communist regime, Mr. Entwistle said. The relationship “has never been hostile, even in the glacial period of the Harper years. It was just benign neglect. The relationship is in sort of an auto-pilot mode, with the exception of all our tourists, who drink the mojitos.”

With a new government in Ottawa, and the Americans ready to descend on Cuba, it is time for us to refresh the relationship and take advantage of an economy poised for takeoff, Mr. Entwistle said. “Canada has been gifted an asset, which is years of unbroken diplomatic relations. It is to this day recognized in Cuba. We get given space that we probably don’t deserve. We are given a hearing … But the goodwill has a half life [and] it has been ticking away for a long time.”

It may not be too late to take advantage of the relationship, but if Mr. Entwistle’s business in the United States is any indication, we need to get moving, and soon.

American business sees Cuba as a potential gold mine since the re-establishment of diplomatic relations and the lifting of some sanctions, he said. Havana is “humming and buzzing” with Americans ready to take advantage of the new relationship – but the U.S. trade embargo is still in place and it is unclear how the complex web of restrictions can be lifted without support in Congress.

Some potential U.S. investors are trying what Mr. Entwistle calls “crazy stuff” such as attempting to buy up beachfront property – even though it is owned by the state. But many others are making more cautious overtures.

The real game changer, he said, would be a further climb-down in travel restrictions, to allow general tourism from the U.S. – letting average Americans see the place for themselves. Some estimates suggest four million Americans would go in the first year after the ban is lifted – a tsunami of visitors Cuba could not handle at the moment.

Despite the U.S. business curiosity, Cubans are intent that a renewed domination of their economy by Americans will not occur, Mr. Entwistle said, and they are not prepared to revamp their political structures at the behest of the United States. Cubans are, psychologically, much more independent than they were before the revolution, he said. “They have discovered the value of their own assets, which they didn’t truly understand before.”

There will likely be some further political reforms after Raul Castro steps down as president in 2018, Mr. Entwistle said, including a move to a more representative government. But that will happen on Cuba’s own terms, and not in response to U.S. pressure. Indeed, he said, awkward U.S. efforts to use intelligence programs in Cuba to push for regime change – such as a recent attempt to get Cuban hip-hop artists to put anti-government content in their lyrics – is counterproductive.

In the meantime, Americans – or Canadians – who listen carefully to what the Cubans want in terms of economic development, and are patient in nurturing relationships on the island, could do very well there, he added.

Many Americans Mr. Entwistle takes to Cuba for the first time are “bug eyed” about what they see. “They have big saucer eyes, and they are usually quite nervous going in because they have been brought up believing it to be a prison camp,” he said. “Then they say ‘This a normal county. There are no tanks on the street.’ ” 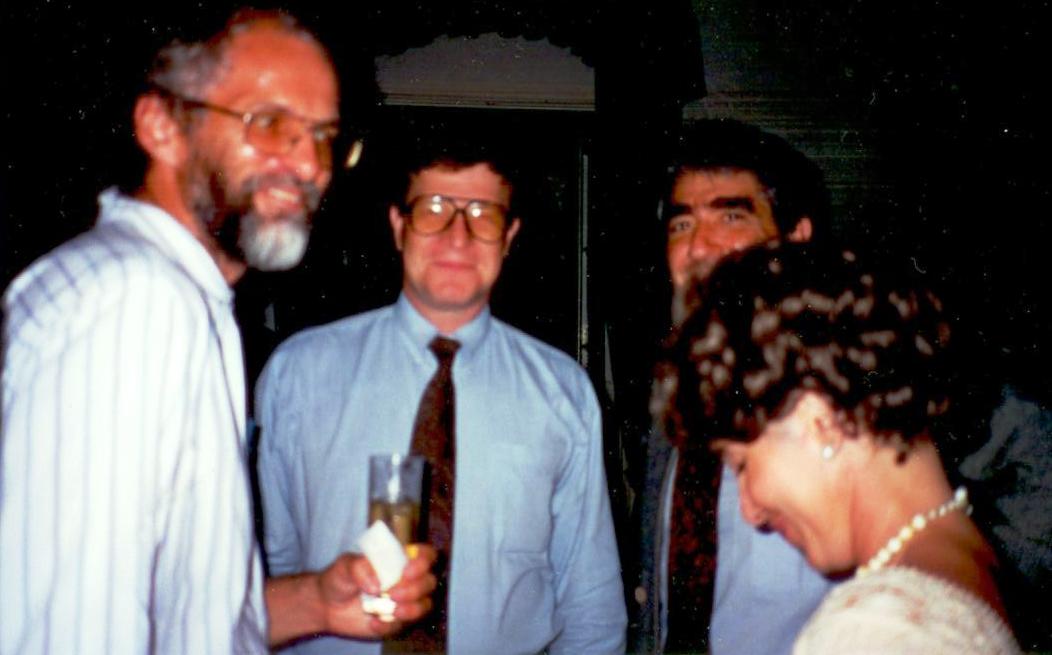