“Necessity is the mother of all invention” goes the old proverb, and few countries in the world have tested its saliency quite like Cuba. A suffocating half-century mix of communist socio-economic policies and blanket U.S. sanctions have forged a people for whom the need to “resolver” – improvising solutions by repurposing the scarce resources around you – has become more than just a way of life. It is arguably the only way most of them are able to create value in their society.

To many in Cuba, the “resolver” mindset represents the defiant and indomitable spirit of the Cuban people. To others who once took pride in what their country had accomplished before or immediately after the Revolution (depending on their politics), it is a persistent and embarrassing reminder of the failures of their system.

Yet, it turns out that during this time of change for the Caribbean island, this same ethos is increasingly becoming something to celebrate, and more importantly, to study. As Cuba seeks to reintegrate itself into the global economy, its harsh conditions have inadvertently given fruit to one of the greatest assets a workforce can possess in the 21st century: a deep-rooted culture of constraint-based innovation and collective ingenuity – one that often remains at odds with the government’s rigid central planning offices.

Look at today’s most exciting socio-economic currents – the shared economy, the circular economy, the maker movement, financial inclusion, co-creation – and you will find myriad examples of people and companies mastering the art of doing more with less. These frugal innovators are creating low-cost, high-quality goods and services by re-imagining processes and repurposing resources to meet the needs of an emerging global middle class with growing financial constraints and depleting natural resources. In the most comprehensive business study of this practice, Jugaad Innovation, authors Navi Radjou, Jaideep Prabhu and Dr. Simone Ahuja distill constraints-based, or “frugal” innovation into six guiding principles, for which the Cuban experience offers a wealth of case studies:

They seek opportunity in adversity. Frugal innovators identify opportunities within the harsh constraints of their markets to create value. Cuban ingenuity as we know it today was born in the 1960’s, as replacement parts for American products became increasingly scant due to the U.S. trade embargo. Eventually groups like ANIR (Associación Nacional de Innovadores y Racionalizadores) began to form and convene professional scientists and engineers with blue-collar mechanics and technicians to develop alternative solutions to problems created by scarcity. Many of the practices honed by ANIR became public policy during the so-called “Special Period,” when the government distributed manuals that taught Cubans how to “reduce, reuse and recycle” everyday items in order to survive the crushing shortages caused by the loss of Soviet subsidies. After five decades of overcoming extreme hardship, it is safe to describe Cuba as a country of 11 million people with a hacker mindset. Today, they count not just on their creativity to get ahead, but on a growing chain of external suppliers, mostly in Miami, who provide them with the parts, tools, and PDF manuals they need to deliver simple but effective products and services.

They do more with less. Frugal innovators compensate for a lack of resources by finding ways to leverage social networks and their intimate knowledge of their communities to create and deliver value. To get around Cuba’s debilitating lack of Internet connectivity, local entrepreneurs developed El Paquete Semanal, a complex, peer-to-peer distribution system of hard-drives that contain everything from offline versions of Wikipedia to pirate copies of Microsoft Office and the latest season of Shark Tank. This trade is currently the Island’s most lucrative private business, even though it remains illegal. Recently, crafty entrepreneurs barred from advertising on state-run television began to produce homemade video commercials for businesses such as cellphone repair shops and beauty salons to feature them in El Paquete‘s weekly programming.

They think and act flexibly. To innovate in a constraint-based environment, frugal entrepreneurs must quickly respond to changes in their environment with entirely new value propositions. Architects and engineers are prohibited from private sector practice in Cuba, but that has not stopped many of them from leading a quiet urban renewal in Havana, re-imagining, repurposing and renovating old run-down properties into attractive new spaces. They do so by operating under permitted licenses for construction, interior decoration, home sales and masonry, pushing the legal envelope to build many of the capitol city’s most exciting cultural and culinary destinations.

They keep it simple. The “resolver” mindset requires that entrepreneurs focus on developing “good enough” offerings that are accessible and easy to use. While Raul Castro expanded private sector enterprise in 2011, the state’s superior education system has failed to offer ongoing MBA programs or courses in business administration. Nor does it allow private schools that could offer a business curriculum to open in the island. Enter the Cuban Catholic Church, which, recognizing a need to provide practical business training to Cuba’s new entrepreneurs, began offering part-time workshops through its country-wide network of churches and cultural centers. These workshops have taught thousands of entrepreneurs the fundamentals of how to start and manage a business and are fostering a vibrant entrepreneurial ecosystem in Cuba.

They include the margin. Frugal innovators search for ways to include marginal segments of society, not just out a sense of empathy, but because it makes business sense for them. Cuban entrepreneurs are rising up to the challenge of addressing the unmet needs of their most disadvantaged countrymen and women. Thanks to remittances, the informal economy, and a burgeoning private sector, approximately a third of Cubans have the means to purchase imported food and personal hygiene products. Everyone else, especially rural Cubans, continues to depend on government rations of goods for basic subsistence, over 70% of which is also imported due to poor agricultural policy. While many independent businesses make headlines for serving the needs of Cuba’s tourists and emerging middle class, the vast majority of private businesses cater to the less affluent. Agro-ecologist Fernando Funes Monzote serves both sectors. Through his Finca Marta, a lucrative 20-acre solar-powered urban farm in Caimito, Funes Monzote not only provides Havana’s top paladares with organic produce, he also seeks “to give Cuban farmers a way to make a living at a time when so many have given up on it and moved to urban areas.” Funes Monzote is working on developing a weekly produce basket to distribute to individual families, providing an effective and healthy alternative to the government’s basket.

They follow their hearts. Frugal innovators take risks, trust their intuition, are passionate about what they do, and believe they pursue a high cause in the process. X Alfonso is a singer, song-writer and multi-instrumentalist who dreamed of building a “factory of ideas” in Havana that would showcase films, theatrical productions, contemporary art, runway shows, plus include a dance studio, literary hall, café, nightclub and concert stage. He also envisioned his “great gallery of all arts” as a place where local artists with “few resources and plenty of heart” would find the financial and material support needed to turn their creations into life. His Fábrica de Arte Cubano (or “F.A.C.”) opened in early 2014 and has quickly established itself as the most compulsively creative arts-space south of Brooklyn. F.A.C. has disrupted the local arts and nightlife industries, and established Alfonso as a talented visionary with an innate empathy for the needs of local artists in Cuba. “We wanted to demonstrate to people that yes we could have a change in mindset, that we could achieve things through hard work,” says Alfonso, “building spaces that fill young people with the illusion of that they can grow and do important things.”

As Cuban entrepreneurs start to enjoy greater access to the American private sector, they will undoubtedly gain an abundance of insights that will help their businesses scale and succeed. But their own ingenuity and approach can also be leveraged in more formal environments to produce innovative solutions that do more with less. U.S. entrepreneurs looking to build and sustain growth in today’s increasingly complex and volatile business landscape would be well served to seek inspiration in the creativity, resilience and resourcefulness of the “resolver” mindset. 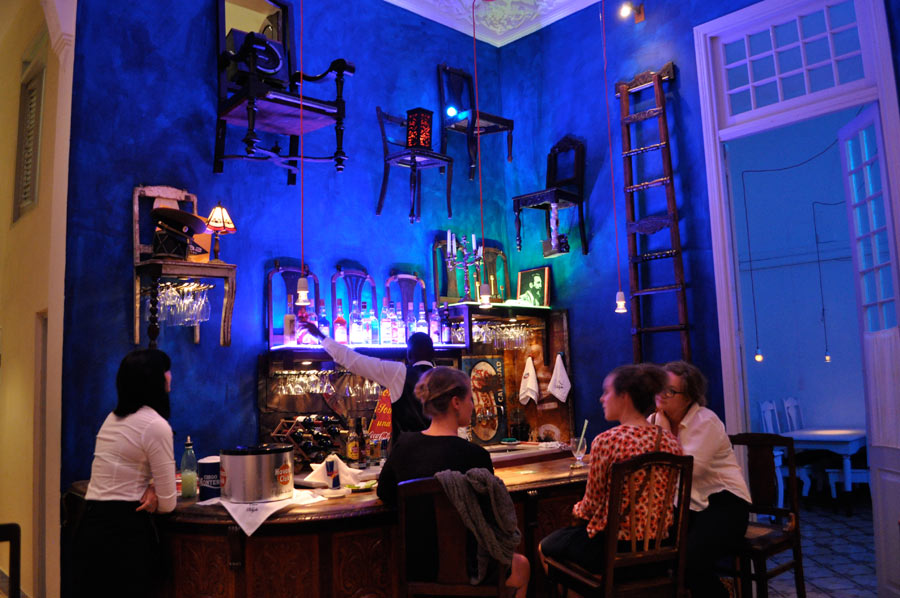 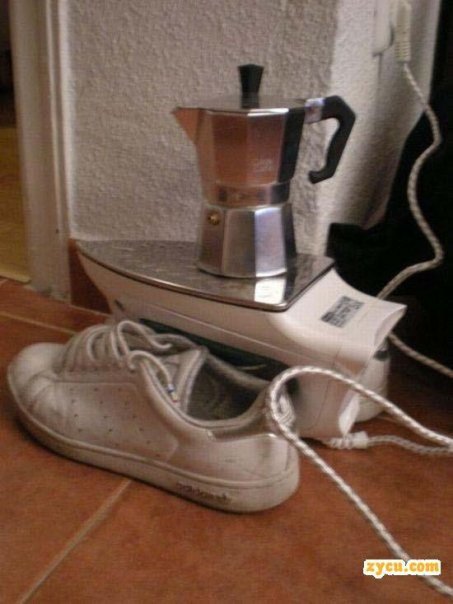 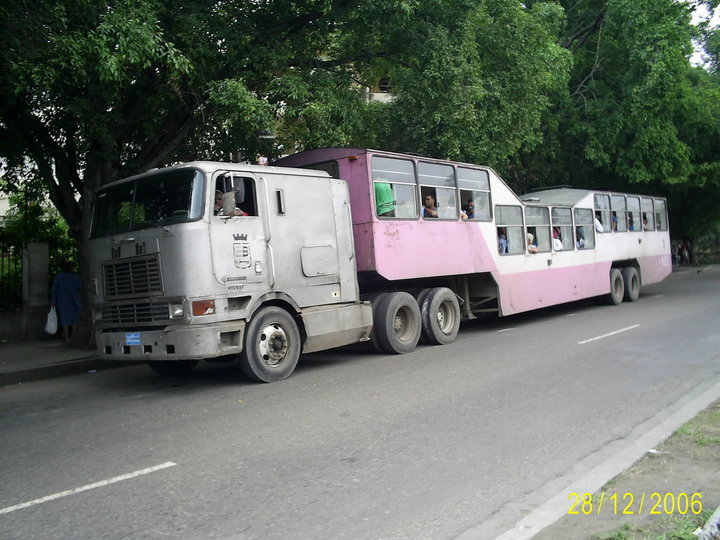 One Great Innovation from the Planned Economy” El Camello! 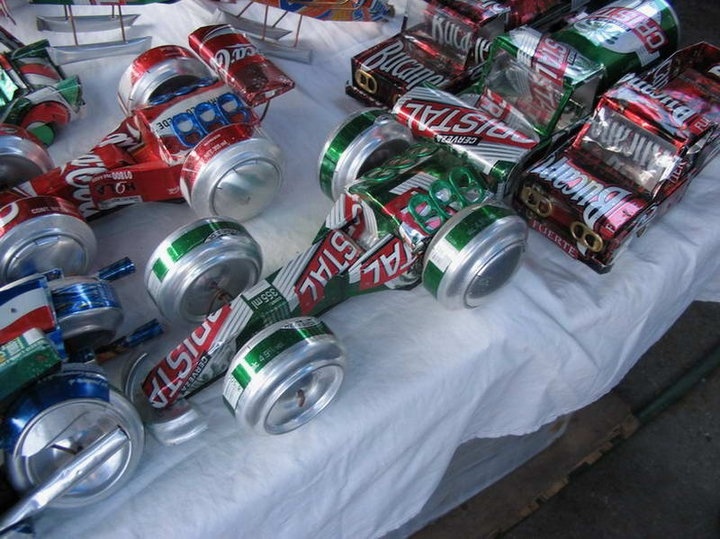 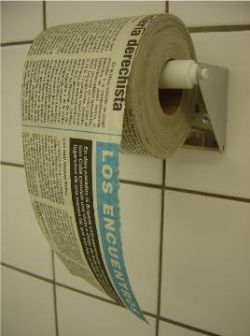 Ric Herrero is the Executive Director of #CubaNow.