A CUBAN BRAIN DRAIN, COURTESY OF THE U.S.

Secretary of State John Kerry and the American ambassador to the United Nations, Samantha Power, have praised the work of Cuban doctors dispatched to treat Ebola patients in West Africa. The Centers for Disease Control and Prevention recently sent an official to a regional meeting the Cuban government convened in Havana to coordinate efforts to fight the disease. In Africa, Cuban doctors are working in American-built facilities. The epidemic has had the unexpected effect of injecting common sense into an unnecessarily poisonous relationship.

And yet, Cuban doctors serving in West Africa today could easily abandon their posts, take a taxi to the nearest American Embassy and apply for a little-known immigration program that has allowed thousands of them to defect. Those who are accepted can be on American soil within weeks, on track to becoming United States citizens.

There is much to criticize about Washington’s failed policies toward Cuba and the embargo it has imposed on the island for decades. But the Cuban Medical Professional Parole Program, which in the last fiscal year enabled 1,278 Cubans to defect while on overseas assignments, a record number, is particularly hard to justify.

It is incongruous for the United States to value the contributions of Cuban doctors who are sent by their government to assist in international crises like the 2010 Haiti earthquake while working to subvert that government by making defection so easy.

American immigration policy should give priority to the world’s neediest refugees and persecuted people. It should not be used to exacerbate the brain drain of an adversarial nation at a time when improved relations between the two countries are a worthwhile, realistic goal.

The program was introduced through executive authority in August 2006, when Emilio González, a hard-line Cuban exile, was at the helm of the United States Citizenship and Immigration Services. Mr. González described the labor of Cuban doctors abroad as “state-sponsored human trafficking.” At the time, the Bush administration was trying to cripple the Cuban government. Easily enabling medical personnel posted abroad to defect represented an opportunity to strike at the core of the island’s primary diplomatic tool, while embarrassing the Castro regime.

Cuba has been using its medical corps as the nation’s main source of revenue and soft power for many years. The country has one of the highest numbers of doctors per capita in the world and offers medical scholarships to hundreds of disadvantaged international students each year, and some have been from the United States. According to Cuban government figures, more than 440,000 of the island’s 11 million citizens are employed in the health sector.

Havana gets subsidized oil from Venezuela and money from several other countries in exchange for medical services. This year, according to the state-run newspaper Granma, the government expects to make $8.2 billion from its medical workers overseas. The vast majority, just under 46,000, are posted in Latin America and the Caribbean. A few thousand are in 32 African countries.

Medical professionals, like most Cubans, earn meager wages. Earlier this year, the government raised the salaries of medical workers. Doctors now earn about $60 per month, while nurses make nearly $40. Overseas postings allow these health care workers to earn significantly more. Doctors in Brazil, for example, are making about $1,200 per month.

The 256 Cuban medical professionals treating Ebola patients in West Africa are getting daily stipends of roughly $240 from the World Health Organization. José Luis Di Fabio, the head of the W.H.O. in Havana, said he was confident the doctors and nurses dispatched to Africa have gone on their own volition. “It was voluntary,” Mr. Di Fabio, an Uruguayan whose organization has overseen their deployment, said in an interview. “Some backtracked at the last minute and there was no problem.” 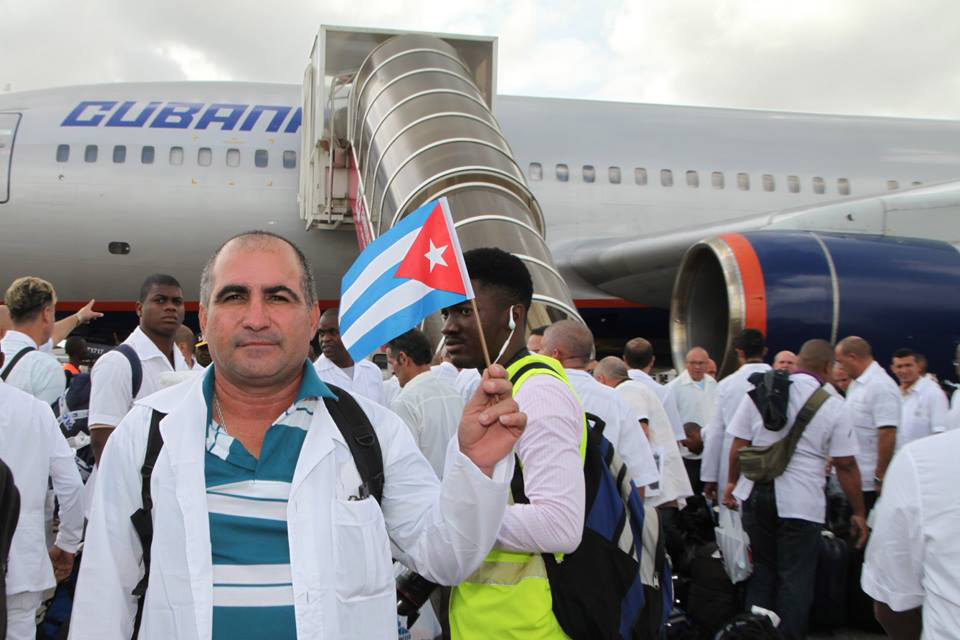 Some doctors who have defected say they felt the overseas tours had an implicit element of coercion and have complained that the government pockets the bulk of the money it gets for their services. But the State Department says in its latest report on human trafficking that reported coercion of Cuban medical personnel does “not appear to reflect a uniform government policy.” Even so, the Cuban government would be wise to compensate medical personnel more generously if their work overseas is to remain the island’s economic bedrock.

Last year, the Cuban government liberalized its travel policies, allowing most citizens, including dissidents, to leave the country freely. Doctors, who in the past faced stricter travel restrictions than ordinary Cubans, no longer do. Some 20,000 Cubans are allowed to immigrate to the United States yearly. In addition, those who manage to arrive here in rafts or through border crossing points are automatically authorized to stay.

The Cuban government has long regarded the medical defection program as a symbol of American duplicity. It undermines Cuba’s ability to respond to humanitarian crises and does nothing to make the government in Havana more open or democratic. As long as this incoherent policy is in place, establishing a healthier relationship between the two nations will be harder.

Many medical professionals, like a growing number of Cubans, will continue to want to move to the United States in search of new opportunities, and they have every right to do so. But inviting them to defect while on overseas tours is going too far. 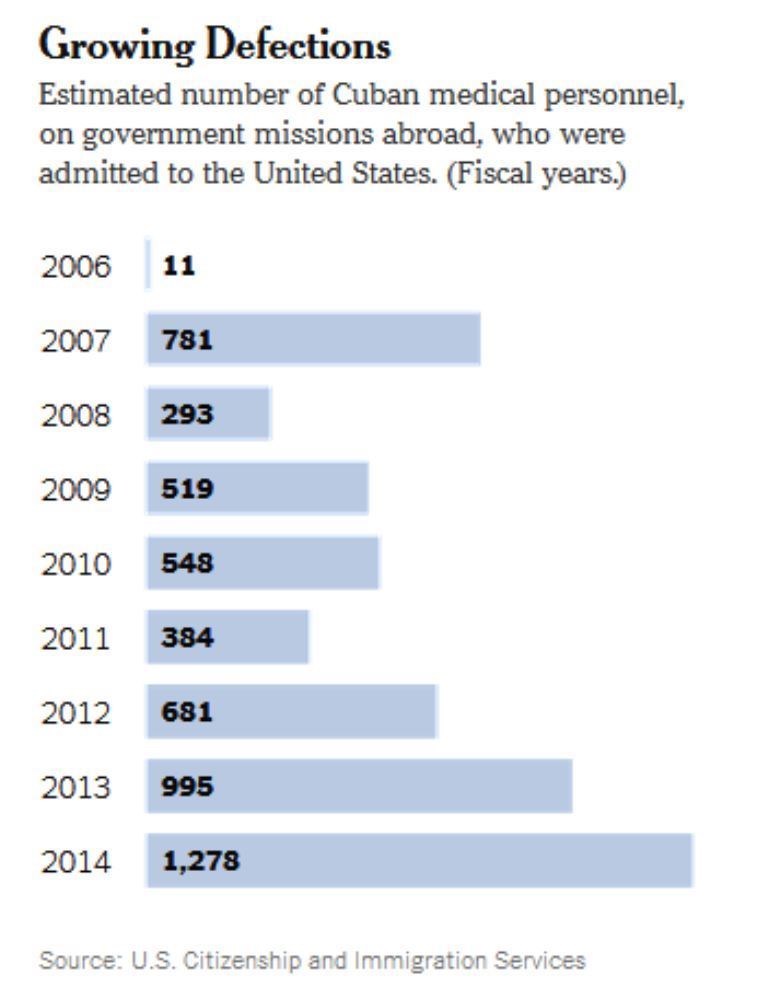