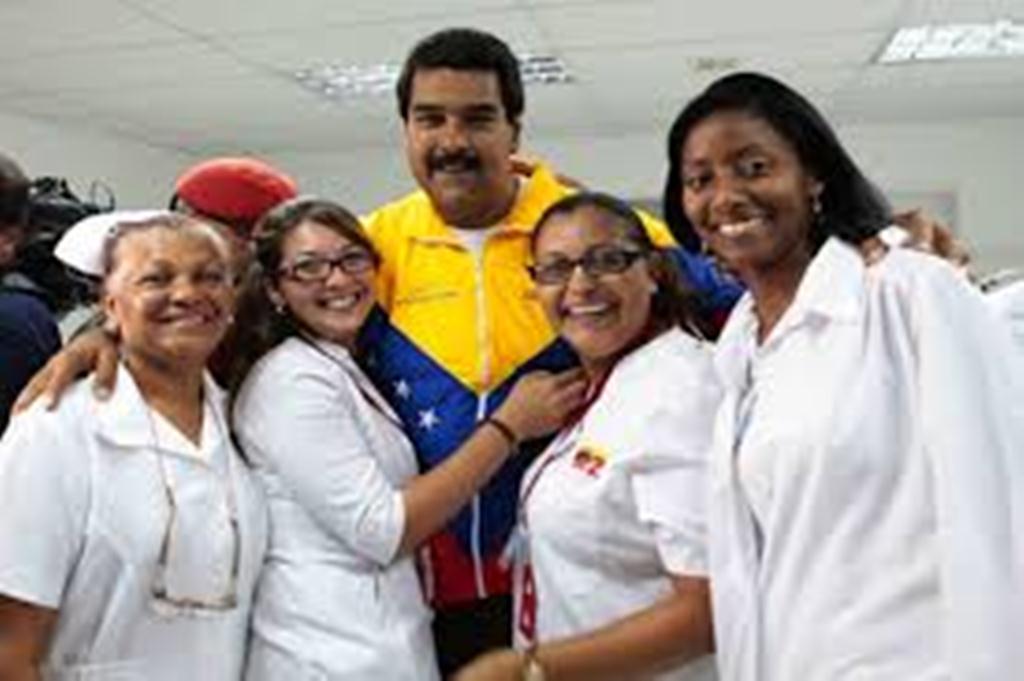 Worsening conditions in Venezuela are causing increasing numbers of Cuban medical personnel working there to immigrate to the United States under a special program that expedites their applications, according to Colombian officials who help process many of the refugees.

On Wednesday, the U.S. Citizenship and Immigration Services in Washington said the number of Cuban doctors, nurses, optometrists and medical technicians applying for U.S. visas under the Cuban Medical Professional Parole Program is running as much as 50% ahead of last year’s pace, which was nearly double that of the year before. At the current rate, more than 1,500 Cuban healthcare workers will be admitted to the United States this year.

For geographical reasons, neighboring Colombia is a favored trampoline for Cubans fleeing Venezuela, whose leftist government has struggled to rein in runaway inflation, shortages of goods and services and rising social unrest.

Cuba, which prides itself on a comprehensive healthcare system and has long exported doctors and nurses to friendly countries, maintains an estimated 10,000 healthcare providers in Venezuela. The medical outreach program is intended as partial payment for 100,000 barrels of oil that President Nicolas Maduro’s government ships to the Castro administration each day.

Nelia, a 29-year-old general practitioner from Santiago de Cuba, arrived in Bogota last month after what she said was a nightmarish year working in Venezuela’s Barrio Adentro program in the city of Valencia. She declined to disclose her last name for fear of reprisal back home. Nelia said her disillusionment started on her arrival in Caracas’ Maiquetia airport in mid-2013. She and several colleagues waited there for two days, sometimes sleeping in chairs, before authorities assigned her to a clinic in Valencia, she said.

“It was all a trick. They tell you how great it’s going to be, how you will able to buy things and how grateful Venezuelans are to have you. Then comes the shock of the reality,” Nelia said. Her clinic in Valencia had no air conditioning and much of the ultrasound equipment she was supposed to use to examine pregnant women was broken.

She described the workload as “crushing.” Instead of the 15 to 18 procedures a day she performed in Cuba, she did as many as 90 in Venezuela, she said. Crime is rampant, the pay is an abysmal $20 per month and Cubans are caught in the middle of Venezuela’s civil unrest, which pits followers of the late President Hugo Chavez — whose handpicked successor is Maduro — against more conservative, market-oriented forces. “The Chavistas want us there and the opposition does not. And there are more opposition people than Chavistas,” said Nelia, who was interviewed in a Colombian immigration office in Bogota.

A 32-year-old Cuban optometrist who identified himself as Manuel and who also fled Venezuela to apply for U.S. residency said that at his clinic in Merida he was prescribing and grinding up to 120 pairs of eyeglasses a day, triple his pace in Cuba.

“As a professional you want to be paid for what your work is worth. What we were getting, $20 a month, was not enough to pay even for food and transportation, much less a telephone call to Cuba now and then,” Manuel said. “That’s the main reason I want to go to Miami, to earn what I’m worth.”

Cubans have long had favored status as U.S. immigrants. Virtually any Cuban is guaranteed automatic residency and a path to citizenship simply by setting foot on U.S. territory, legally or not. The Cuban Medical Professional Parole Program gives medical personnel a leg up by allowing them to apply for residency at U.S. embassies. Though some Cubans apply at the U.S. Embassy in Caracas, the Venezuelan capital, others say they fear being seen there. Also, airfare to the United States from Colombia is much cheaper than from Venezuela.

The increasing flow of Cuban doctors is only part of a rising tide of Cubans seeking to reach the United States, many through Colombia. Lacking the special status of medical personnel, many U.S.-bound Cubans first land in Ecuador, where the government requires no visas. They then typically pass through Colombia to Panama with the help of coyotes, or human traffickers. However, many are detained in Colombia. Of 1,006 illegal immigrants detained in Colombia from January through July of this year for failing to have proper visas, 42% were Cuban, according to Colombia’s immigration agency director, Sergio Bueno Aguirre. The flow of Cubans had more than doubled from the year before.

One Colombian Foreign Ministry official who spoke on condition of anonymity because of the political sensitivity said the U.S. policy of allowing Cubans immigrant status simply by arriving in the United States has fed organized crime in Colombia and in other transit countries.

“Coyotes helping the Cubans transit through Colombia often use the migrants to carry drugs or submit to prostitution,” the official said. “Or the coyotes will just abandon them at a border, creating a big headache for the Colombian government, which has to take care of them or send them back home.” 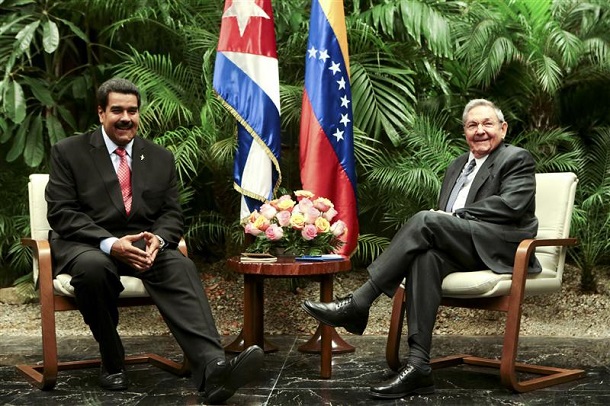