Mariela Castro in Ottawa: “I believe in the project Cuba is developing” 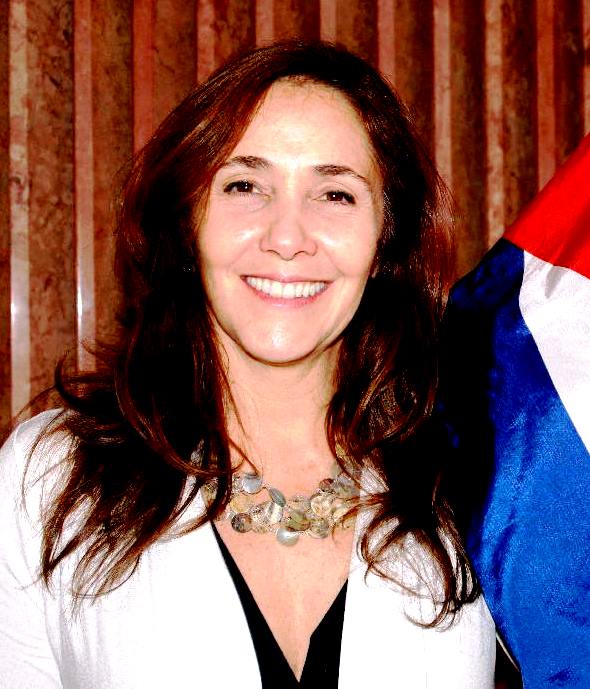 Mariela Castro Espín, Heir Apparent in the Castro Dynasty? But she states that Cuba does not have a “monarchy.”

Ask the daughter of Cuban President Raul Castro what it was like growing up with such a famous father and she’s quick to answer that being his daughter “is not a public position.”

Mariela Castro Espín, a professor and member of the Cuban parliament since 2013, says it with a laugh, but she does want to stress that she doesn’t always share her father’s opinions, nor does he dictate the way she votes on policy.

“I have responsibilities and I don’t like to be classified as the president’s daughter,” she says. “Ever since I’ve been a child, I’ve always said what I thought. I’m a part of my family and they have given me certain social values, the same values of Cuban society.”

For example, her brand of socialism is one where “humans organize themselves according to state policy.”  She believes, she says, “in the rights of the people to participate in public policy discussions and I believe in the project Cuba is developing, of experimenting to create a new society with the primary goal of emancipating the human being. I don’t think of it as a socialist model. I think instead of an experiment to discover more fair societies as an alternative to the capitalist system. No one has the right to tell Cuba to copy other models.”

Asked if it seems right for one family to be in power for decades, Castro Espín called the question “propaganda” and insisted that her country doesn’t have a “monarchy.”  Rather, she says, Cuba has “a democratic system of participation. I invite you to go to the Cuban election to see for yourself. It’s the population (that elects) and promotes the candidates. They are humble people, who are working as politicians solely because they are interested in helping the Cuban people.”

In other countries, she says, it’s those who have the biggest war chests who get elected, but Cuba is free of that problem.

Castro Espín admits Cuba still has a way to go, and to that end she’s been working with municipalities and universities to strengthen governance and improve people’s ability to make more effective changes at a local level.

When it comes to Cuba’s large neighbour to the North, Castro Espín says there are many in her country who would like to “normalize” relations with the U.S. but the will isn’t there on the part of American officials.

Castro Espín was in Canada to participate in World Pride 2014 in Toronto, so Cuban Ambassador Julio Antonio Garmendia Pena invited her to Ottawa as well.

“Maybe I can change some ideas among MPs and others who are interested in my work as the head of CENESEX (the Cuban National Centre for Sex Education),” a centre that advocates for lesbian, gay, bisexual and transgender rights. “I think I will have to come back because they showed a lot of interest.”

She said gay rights advocates are making headway. Her centre, and other groups, are fighting for gay marriage and the right for gay couples to adopt children. “At least we’re having the conversation,” she said, adding that there are still many Cubans opposed to both.