Fidel Castro Lived like a King in Cuba, Book Claims 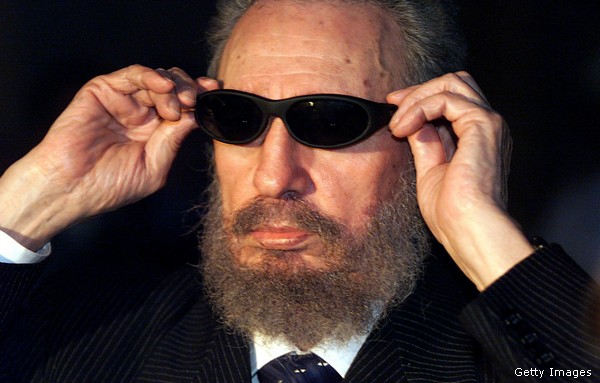 Fidel Castro lived like a king with his own private yacht, a luxury Caribbean island getaway complete with dolphins and a turtle farm, and travelled with two personal blood donors, a new book claims.

Sánchez, who was part of Castro’s praetorian guard for 17 years, describes a charismatic and intelligent but manipulative, cold-blooded, egocentric Castro prone to foot-stamping temper tantrums. He claims the vast majority of Cubans were unaware their leader enjoyed a lifestyle beyond the dreams of many Cubans and at odds with the sacrifices he demanded of them.

“Contrary to what he has always said, Fidel has never renounced capitalist comforts or chosen to live in austerity. Au contraire, his mode de vie is that of a capitalist without any kind of limit,” he writes. “He has never considered that he is obliged by his speech to follow the austere lifestyle of a good revolutionary.”

Sánchez claims he suffered Castro’s ruthlessness first hand when he fell out of favour, was branded a traitor, “thrown in jail like a dog”, tortured and left in a cockroach infested cell, after asking to retire. Released from prison, Sánchez followed the well-worn route of Cuban exiles to America in 2008.

“Until the turn in the 1990s I’d never asked too many questions about the workings of the system … that’s the problem with military people … as a good soldier, I did my job and my best and that was enough to make me happy,” he writes.

The book, published on Wednesday, has been written with French journalist Axel Gyldén, a senior reporter at L’Express magazine. Gyldén admits Sánchez has a large axe to grind with Castro, but insists he has checked the Cuban’s story. “This is the first time someone from Castro’s intimate circle, someone who was part of the system and a first-hand witness to these events, has spoken. It changes the image we have of Fidel Castro and not just how his lifestyle contradicts his words, but of Castro’s psychology and motivations,” Gyldén told the Guardian.

This is not the first time it has been claimed that Castro enjoys great wealth. In 2006 Forbes magazine listed the Cuban leader in its top 10 richest “Kings, Queens and Dictators”, citing unnamed officials who claimed Castro had amassed a fortune by skimming profits from a network of state-owned companies. The Cuban leader vehemently denied the report.

Castro’s long reign ended in 2006 when he was stricken with what was believed to be diverticulitis, an intestinal ailment, and handed power to his younger brother Raúl, who had served as defence minister. He officially ceded power to Raúl in 2008. Fidel continued penning columns for the Communist party newspaper Granma but gradually vanished from public view, fuelling rumours he had died, only to surface for occasional, fleeting appearances. Raul has made cautious economic reforms but kept tight control.

Visitors such as Ignacio Ramonet, the French journalist who has interviewed Castro at length, have depicted an austere lifestyle of reading, exercise, simple meals and modest home comforts.

But Sánchez, now 65 and living in America, claims Castro enjoyed a private island – Cayo Piedra, south of the Bay of Pigs, scene of the failed CIA-sponsored invasion of 1961 – describing it as a “garden of Eden” where he entertained selected guests including the writer Gabríel Garcia Márquez, and enjoyed spear-fishing. The former bodyguard says Castro sailed to the island on his luxury yacht, the Aquarama II, fitted out with rare Angolan wood and powered by four motors sent by the Soviet president Leonid Brezhnev.

“Castro would sit in his large black leather director’s armchair … a glass of Chivas Regal on the rocks (his favourite drink) in his hand,” writes Sánchez.

Other presidential properties, he writes, included an “immense” estate in Havana complete with rooftop bowling alley, basketball court and fully equipped medical centre, and a luxury bungalow with private marina on the coast.

“Fidel Castro also let it be known and suggested that the revolution gave him no rest, no time for pleasure and that he ignored, indeed despised, the bourgeois concept of holidays. He lies,” he adds.

Ann Louise Bardach, a veteran Cuba chronicler who has interviewed Castro, said that as a lifelong hypochondriac he enjoyed the best food and medical care but did not have a lavish lifestyle. He was born into money and went into politics for power, she said. “He didn’t do it for the money. He’s not swinging from the chandeliers.” His current home, just outside Havana, had four bedrooms and would in the west be considered middle or upper-middle class, she said.

Focusing on any material advantage he may enjoy missed a larger point, said Bardach, author of Without Fidel: a death foretold in Miami, Havana and Washington. “He owns the island of Cuba. It’s his personal fiefdom.”

Sánchez says Castro’s dolce vita was a “crazy privilege” while Cubans suffered serious hardship in the 1990s as the economy “collapsed like a house of cards” after the disintegration of the Soviet Union and eastern bloc with which Havana had done almost 80% of its foreign business.

His compatriots, he says, were also unaware of their leader’s complicated love life, his womanising and subsequent tribe of at least nine children, not least because Cuban media was forbidden to mention them.

The Cuban leader kept a gun at his feet when travelling in his Mercedes and never went anywhere without at least 10 bodyguards, including two “blood donors”. At home he would get up late, and start work around midday “after a frugal breakast”.  “His favourite film that he saw I don’t know how many times was the interminable and soporific Soviet version of Tolstoy’s War and Peace … which lasted at least five hours.”

He recalls how Castro bugged everyone, including Hugo Chávez, and insisted his bodyguard jot down everything he did in a notebook “for history”. Sánchez says for nearly two decades he saw more of Castro than his own family. “He was a god. I drank all his words, believed all he said, followed him everywhere and would have died for him,” he writes.

He claims he finally realised that Castro considered Cuba “belonged” to him. “He was its master in the manner of a 19th century landowner. For him wealth was above all an instrument of power, of political survival, of personal protection.”

Recalling how Castro kept Angolan diamonds in a Cohiba cigar box, he writes: “Sometimes, Fidel had a little of the mentality of a pirate of the Caribbean.”

This entry was posted in Blog and tagged Fidel Castro. Bookmark the permalink.