The Obama-Castro Handshake: No High-five 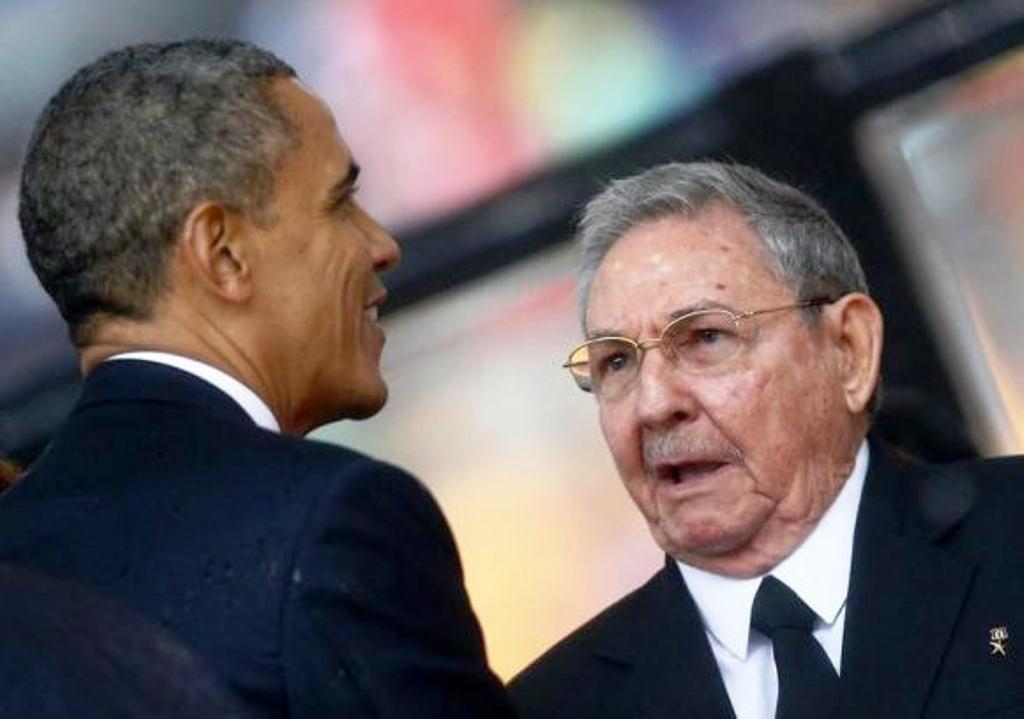 “ON BACKGROUND, I can confirm there was a handshake.” In such deliciously cloistered terms did aides in 2000 confirm that President Bill Clinton had shaken hands with Fidel Castro–the first time a sitting American president had ever done so with the Cuban leader. Compared with that, President Barack Obama’s quick but highly public handshake with Raúl Castro, the Cuban president (and Fidel’s brother), at Nelson Mandela’s memorial service in Johannesburg on December 10th looked like a sign of rapprochement between America and Cuba meant to be shouted from the rooftops.

Don’t read too much into it. Judging by the video footage, Mr Castro was the first in a line of leaders greeted by Mr Obama. It would frankly have been rude to rebuff him, not least at an occasion in which Mr Obama spoke movingly of Mr Mandela’s spirit of reconciliation. There were a few words exchanged, but they looked more polite than profound. Not a word, it seems, about Alan Gross, an American government subcontractor jailed in Cuba, who a few days ago appealed to Mr Obama to push for his release.

What’s more, next in line was Dilma Rousseff, the Brazilian president who has been publicly furious with the Obama administration over spying allegations. If he had given the cold shoulder to Mr Castro, she could legitimately have spurned his kiss on both cheeks.

Nor is it the first time Mr Obama has shaken hands with a Latin American antagonist. When he warmly greeted the late Venezuelan leader Hugo Chávez in 2009, it was reported as an attempt to usher in a new era of friendship between the two countries. Nothing of the sort happened. Nor, for that matter, did it after Mr Clinton’s handshake with Fidel.   Better, then, to look for real signs of a thaw. The half-a-century-old American embargo of Cuba still exists, and diplomatic ties have been severed since 1961.

However, Mr Obama’s government has shown some signs of flexibility. Cuban-Americans can travel and send money to Cuba more easily, and postal restrictions have been relaxed. Last month Mr Obama told a group of Cuban-Americans that the United States should “update its policies” towards the Caribbean island.

Then again, in his speech at Mr Mandela’s memorial, Mr Obama also took a swipe at repressive regimes, presumably including Cuba’s. “There are too many leaders who claim solidarity with Madiba’s struggle for freedom, but do not tolerate dissent from their own people,” he said. 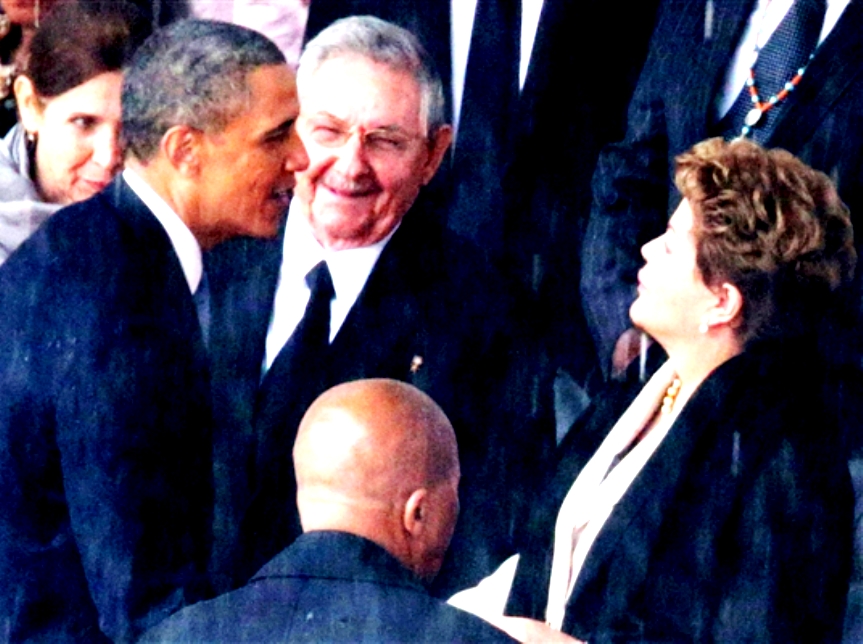 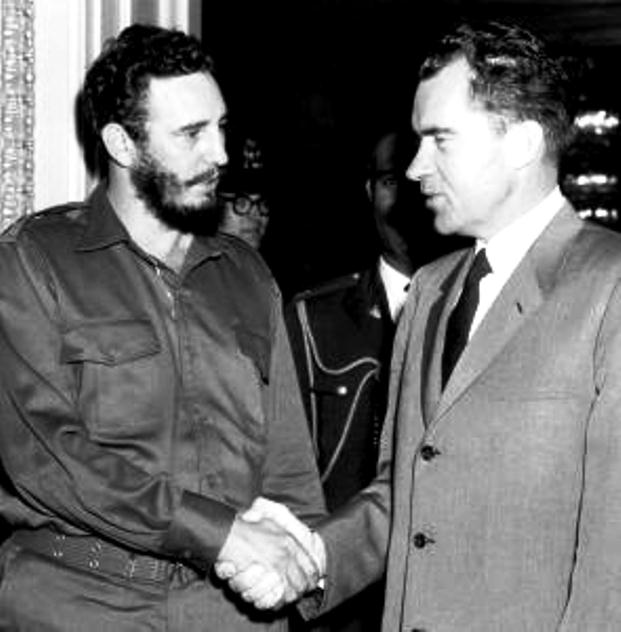 An Earier Handshake! No trace on the Web of the Clinton-Fidel Handshake.