Stephen Purvis, Wrongfully Accused of Spying and Fraud: Letter to the Economist

I enjoyed reading about my misfortunes in the Economist, albeit many months after publication and in the company of fellow inmates in the Cuban high security prison, La Condesa. I would ask you to correct the impression that you give in the May 9th 2012 edition and subsequent articles that I was accused and detained for corruption.

During my 8 month interrogation in the Vila Marista I was accused of many things, starting with revelations of state secrets, but never of corruption. After a further 7 months held with a host of convicted serious criminals and a handful of confused businessmen, most of whom were in a parallel predicament to mine, I was finally charged and sentenced for participating in various supposed breaches of financial regulations. The fact that the Central bank had specifically approved the transactions in question for 12 years, and that by their sentencing the court has in effect potentially criminalised every foreign business investing or trading in Cuba was considered irrelevant by the judges. I am thankful however that the judges finally determined that my sentence should not only have with a conditional release date a few days before the trail thus conveniently justifying my 15 months in prison, but, bizarrely was to be non-custodial. So my Kafkaesque experience at the sharp end of Cuban justice ended as abruptly as it began.

I spent time with a number of foreign businessmen arrested during 2011 and 2012 from a variety of countries, although representatives from Brazil, Venezuela and China were conspicuous in the absence. Very few of my fellow sufferers have been reported in the press and there are many more in the system than is widely known. As they are all still either waiting for charges, trial or sentencing they will certainly not be talking to the press. Whilst a few of them are being charged with corruption many are not and the accusations range from sabotage, damage to the economy, tax avoidance and illegal economic activity. It is absolutely clear that the war against corruption may be a convenient political banner to hide behind and one that foreign governments and press will support. But the reasons for actively and aggressively pursuing foreign business are far more complicated.  Why for example is the representative of Ericsson in jail for exactly the same activities as their Chinese competitor who is not? Why for example was one senior European engineer invited back to discuss a potential new project only to be arrested for paying technical workers five years ago when he was a temporary resident in Cuba?

You interpret the economic liberalisation evident at street level as an indication of a desire for fundamental change. It is true that these reforms are welcomed, especially the dramatic increase in remittance flows that have injected fresh hard currency into the bottom strata of a perennially cash strapped economy. But until the law relating to foreign investment and commerce is revised and the security service changes its modus operandi for enforcing these laws, Cuba will remain extremely risky for non-bilateral foreign business and foreign executives should be under no illusion about the great personal risks they run if they chose to do business there.  As businessmen emerge from their awful experience and tell their individual stories perhaps the real reasons for this concerted attack against business’s and individuals that have historically been friends of Cuba will become a bit clearer. In the meantime your intrepid reporters could usefully investigate the individuals and cliques who are benefitting from the market reorganization and newly nationalized assets resulting from this “war on corruption”. 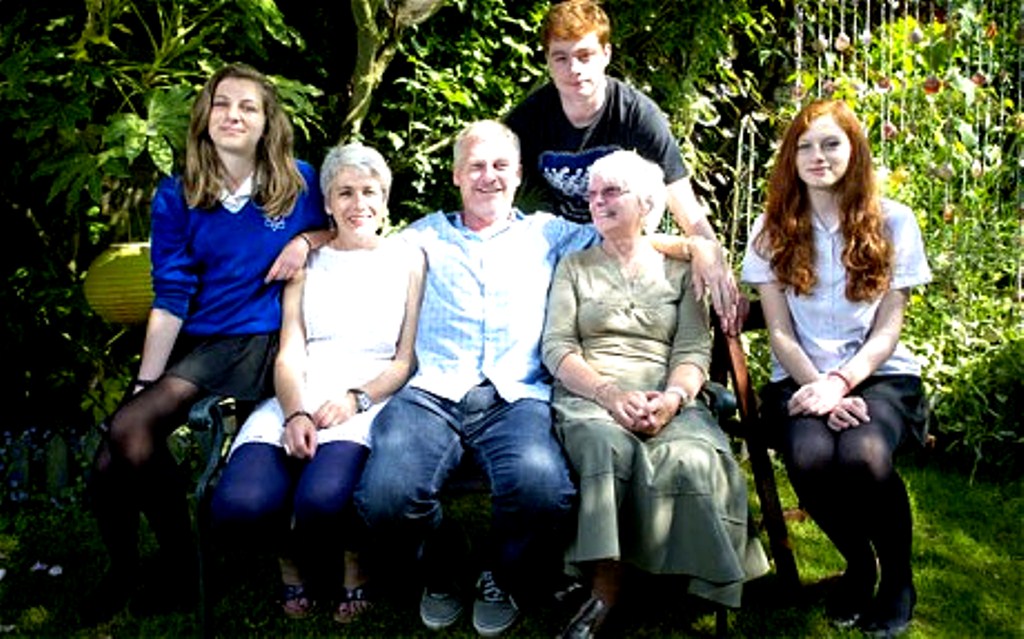 Stephen Purvis and Family after his return to Britain