Cuba to Embark on Deregulation of State Companies

Original here:  Cuba to embark on deregulation of state companies

HAVANA (Reuters) – Cuba will begin deregulating state-run companies in 2014 as reform of the Soviet-style command economy moves from retail services and farming into its biggest enterprises, the head of the Communist Party’s reform efforts said.

Politburo member and reform czar Marino Murillo said the 2014 economic plan included dozens of changes in how the companies, accountable for most economic activity in the country, did business. He made the comments in a closed-door speech to parliament deputies on Saturday, and some of his remarks were published by official media on Monday.

“The plan for the coming year has to be different,” Murillo was quoted as saying by Communist Party daily newspaper Granma. He said that of 136 directives for next year “51 impact directly on the transformation of the companies.”

The reforms will affect big state enterprises like nickel producer Cubaniquel and oil company Cubapetroleo and entail changes like allowing the firms to retain half of their profits for investment and wage increases and giving managers more authority. The plan also threatens nonprofitable concerns with closure if they fail to turn themselves around.

“Murillo’s empowerment of state-run companies is a milestone on the road toward a new Cuban model of state capitalism, where senior managers of government-owned firms become market-driven entrepreneurs,” said Richard Feinberg of the Washington-based Brookings Institution and an expert on Cuba’s economy.

“But only time will tell whether the government is willing to truly submit the big firms to market discipline – to let the inefficient ones go bankrupt,” he said.

Murillo cited the Communist Party’s reform plan, adopted in 2011, which he said called for freeing productive forces to increase efficiency and reducing how companies’ performance was measured to a few indicators such as profit and productivity.

Already this month, 124 small to medium state businesses, from produce markets to minor transportation and construction concerns, were leased to private cooperatives which, with few exceptions, operate on the basis of supply and demand and share profits.

Hundreds more were expected to follow in the coming years as the state moves out of secondary economic activity such as retailing and farming in favor of individual initiative and open markets under reforms orchestrated by President Raul Castro, who took over for his ailing brother Fidel in 2008.

Cuba’s economy was more than 90 percent in state hands up until 2008 and almost all of the its labor force of 5 million workers were state employees.

Cuba began laying off hundreds of thousands of state workers and deregulated small retail services in 2010, simultaneously creating a “non-state” sector of more than 430,000 private businesses and their employees as of July and leasing land to 180,000 would-be farmers.

Now larger enterprises, from communications, energy and mining to metal works, shipping, foreign and domestic trade, are being tweaked as the country strives to avoid bankruptcy and boost growth, which has averaged around 2 percent annually since the reforms began.

John Kirk, one of Canada’s leading academic experts on Latin America and author of a number of books on Cuba, summed up the changes announced by Murillo: “Cuba maintains its path towards a mixed economy.”

“It appears as if government determination to modernize the economy is slowly overcoming the profoundly rooted inertia of the bureaucracy,” he said. 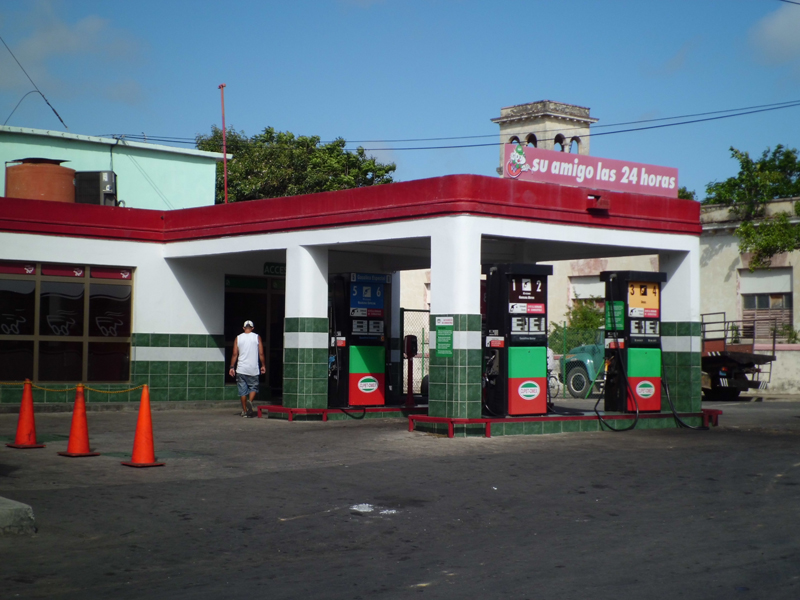 Murillo said companies would keep 50 percent of profits for recapitalization, minor investments, wage raises and other activities, instead of handing over all profits to the state and then waiting for permission to spend the money.

“The plan is designed so that a businessman from whatever sector does not have to ask permission to make minor investments to ensure production does not stop,” Murillo was quoted as saying.

“It eliminates administrative barriers to salary payments, which directors of companies can decide on, always and when they have sufficient profits to cover them,” he said.

Companies, which in the past were assigned hard currency for imports, will now be able to use the money to purchase local products.

At the same time state firms that have reported losses for two years or more will be expected to turn a profit or they will be downsized, merged with others or closed.

“We can’t make a plan that includes companies like these … because the phenomena of having to finance these losses will persist,” Murillo said.

Cuba has already implemented some measures to set the stage for state company reform.

Most companies have been moved out of government ministries in favor of operating as “independent” holding companies and in some cases, such as in tourism, allowed to keep a percentage of revenues.