How Capitalist Are the Cubans?

Original article here: How Capitalist Are the Cubans?

Óscar Espinosa Chepe: “The battle for ideas was the most important battle, and they’ve lost.”

A man in his shoe repair shop in the doorway of his home. New business regulations have allowed thousands of citizens to make money for themselves for the first time since 1959.

IT was just a small sign, red, round and electrified, advertising homemade pizza — the kind of thing no one would notice in New York or Rome. But in Havana? It was mildly amazing.

Cuba, after all, has been dominated for decades by an all-consuming anticapitalist ideology, in which there were only three things promoted on billboards, radio or TV: socialism, nationalism, and Fidel and Raúl Castro. The pizza sign hanging from a decaying colonial building here represented the exact opposite — marketing, the public search for private profit.

And it wasn’t just tossed out there. Unlike the cardboard efforts I’d seen in the same poor neighborhood on a visit to Cuba last year, the sign cost money. It was an investment. It was a clear signal that some of Cuba’s new entrepreneurs — legalized by the government two years ago in a desperate attempt to save the island’s economy — were adapting to the logic of competition and capitalism. 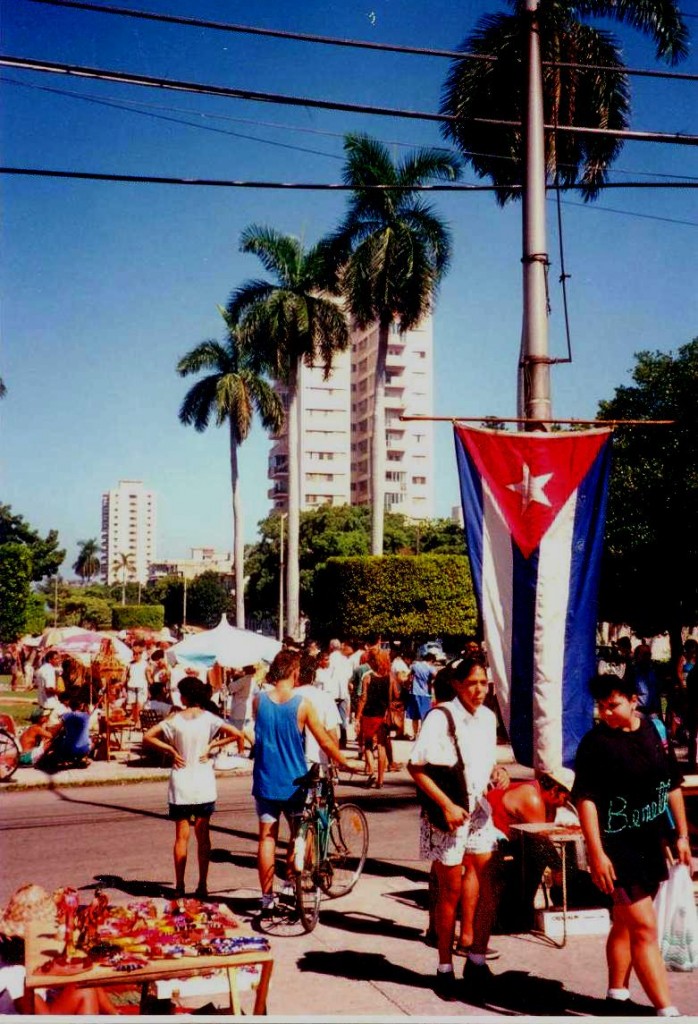 But just how capitalist are Cubans these days? Are they embracing what Friedrich Hayek described as the “self-organizing system of voluntary cooperation,” or resisting?

“It’s a combination,” says Arturo López Levy, a former analyst with the Cuban government now a lecturer at the University of Denver. “When more people get more proactive and more assertive, then other people — whether they like it or not — have to do the same. They have to compete. I think that’s the dynamic.”

Indeed, like Iraq, Russia, Mexico or other countries that experienced decades of dictatorial rule that eventually ended, Cuba today is a society marked by years of abuse, divided and uncertain about its future. The changes of the past few years — allowing for self-employment, freer travel, and the buying and selling of homes and cars — have been both remarkable and extremely limited. The reasons small things like signs matter so much here is because everyone is concerned with momentum, and no one seems to know whether Cuba is really on the road to capitalism, as The Economist asserted in March, or if the island is destined to simply sputter along, with restrained capitalism for a few and socialist subsistence for the rest.

The debate is all the more complicated because the same leaders who rejected capitalism for so long are now the ones trying to encourage people to try it out. Raúl Castro was notoriously the revolution’s most loyal Communist; now, as the country’s president, he is the main booster for free market reforms. On one hand, a recent gathering of Cuba’s Communist Party earlier this year included a session on overcoming prejudices against entrepreneurs; on the other, Raúl Castro has said he would “never permit the return of the capitalist system.”

“They are kind of schizophrenic,” says Ted Henken, a Cuba expert at Baruch College. “They are saying they are changing, but they treat these things as gifts and not as rights.”

And yet, there is no longer any denying that pockets of controlled capitalism are emerging in Cuba. In Havana, in particular, small businesses are everywhere. Entire urban industries, including taxis and restaurants, are being transformed through a rush of new entrants, who are increasing competition for customers, labor and materials. Even the most elemental tasks that used to be managed by the state — such as buying food — are increasingly in the hands of a private system that sets its own prices based on supply and demand.

Though the initial burst of activity has slowed, some experts say the explosion in commerce showed just how capitalist Cubans were all along. Of the roughly 350,000 people licensed to be self-employed under the new laws by the end of 2011, 67 percent had no prior job affiliation listed — which most likely means they were running underground businesses that then became legitimate.

Some of the most successful entrepreneurs are optimistic about Cuba’s becoming more open to free market ideas. Héctor Higuera Martínez, 39, the owner of Le Chansonnier, one of Havana’s finest restaurants (the duck is practically Parisian), says that officials are “starting to realize there is a reason to support private businesses.” He has given people work, for example, and he brings in hard currency from foreigners, including Americans.

“Before, we had nothing,” he said. “Now we have an opportunity.”

He is doing everything he can to make the most of it. When we met one night at the restaurant, he had already written up several pages of notes and charts explaining what his industry needed to grow — from wholesale markets to improved transportation for farmers to an end to the American trade embargo to changes in the Cuban tax code. In an ingeniously cobbled-together kitchen, in which only one of three ovens worked, he mostly seemed to salivate at the thought of vacuum packing so his meals could be delivered more efficiently.

HE was about as capitalist as it gets. But will his ideas ever be adopted? Like everyone else, he faces severe limits. He can hire no more than 20 employees, for example. He does not have access to private bank loans, and the government has shown little inclination to let people like Mr. Higuera succeed on a grand scale.

Instead, when success arrives, the government seems to get nervous. This past summer, officials shut down a thriving restaurant and cabaret featuring opera and dance in what had been a vacant lot, charging the owner with “personal enrichment” because he charged a $2 cover at the door. A news article from Reuters had described it as Cuba’s largest private business. A few days later, it was gone, along with 130 jobs.

The Castro government has tried to keep a lid on innovation in other ways, too. It has not allowed professionals like lawyers and architects to work for themselves. And its efforts at political repression have focused over the past few years on innovative young people seeking space for civil discourse in public and online — the blogger Yoani Sánchez, or Antonio Rodiles, director of an independent project called Estado de Sats, who was arrested in early November and released last week after 18 days in jail.

So for now, what Cuba has ended up with is handcuffed capitalism: highly regulated competitive markets for low-skilled, small family businesses. What economic freedom there is has mostly accrued to those whose main ambition is making and selling pizza.

Which again raises the question: is Cuba really heading toward capitalism or not? Skeptics are easy to find. “Every place in the world that has had real change, it has changed because the regime itself has allowed some significant openings and the door has been pushed wide open,” says Senator Robert Menendez, Democrat of New Jersey. “That’s not what’s happening here.”

Many Cubans say they are hesitant to let go of a reliable system summed up by a common joke: “We pretend to work, they pretend to pay us.” Taxi drivers told Mr. López Levy that they were working harder for less money because of increased competition. A farmer I met at the wholesale market outside Havana equated capitalism with higher prices, and said that the government needed to intervene.

But mostly, this is an aging crowd and Mr. López Levy — who still has friends and relatives in government — says that even among Cuban bureaucrats, the mentality is changing. If so, more capitalism may be inevitable. Because with every new entrepreneur it licenses, Cuba becomes less socialist, less exceptional, less of a bearded rebel raising its fist against the horrors of Yankee capitalism. In the eyes of some Cubans, the jig is already up.

“The government has lost the ideological battle,” said Óscar Espinosa Chepe, a state-trained economist who was sent to jail in 2003 for criticizing the government. “The battle for ideas was the most important battle, and they’ve lost.” 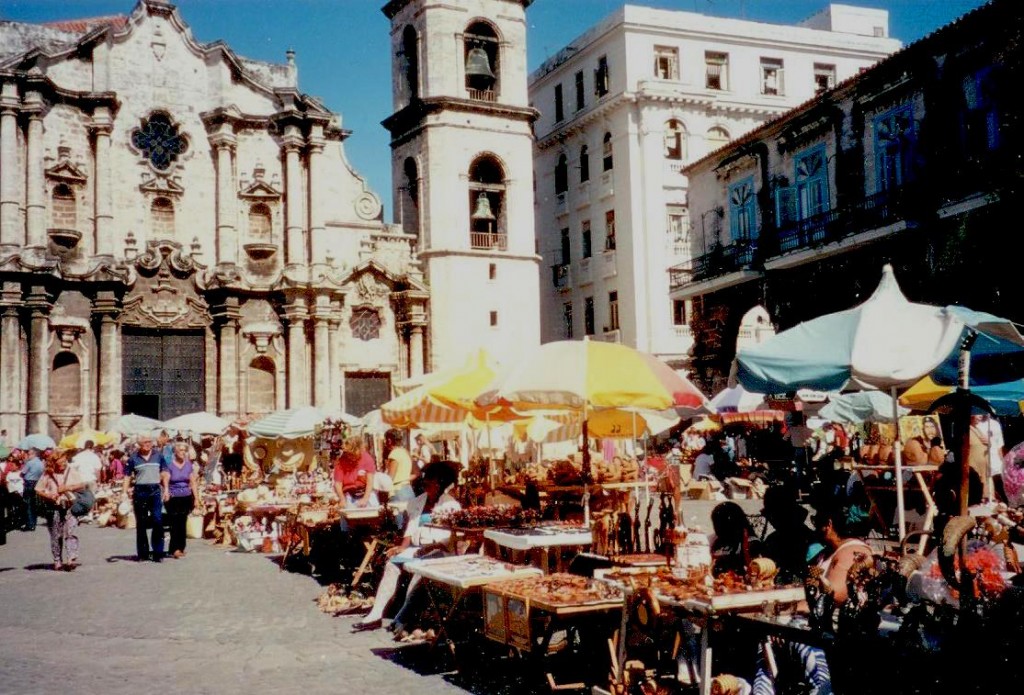 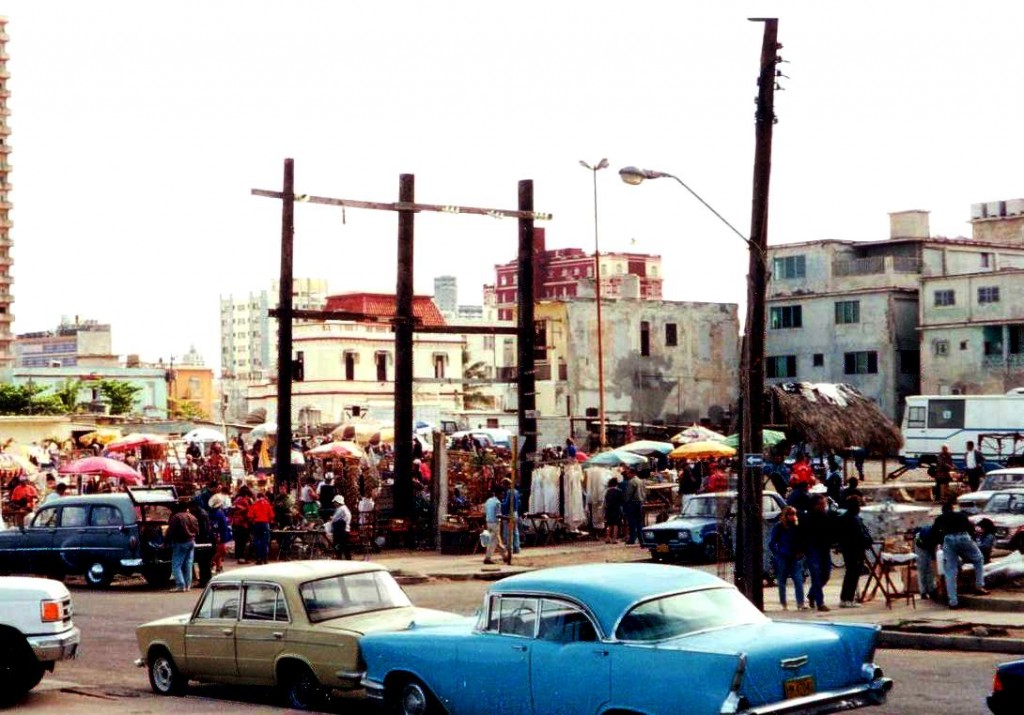