Mark Frank on Cuban Access to Internet and Telephone Technology

The number of Cubans linked to the country’s state-controlled intranet jumped more than 40 percent in 2011 compared to the previous year and mobile phone use rose 30 percent, the government reported, even as Cuba’s population remained largely cut off from unfettered access to the Internet.

Communist-run Cuban monopolizes communications in the state-controlled economy. There is no broadband Internet in Cuba and the relatively few Internet users suffer through agonizingly long waits to open an email, let alone view a photo or video, which also hampers government and business operations.

The National Statistics Office said the number of ?Internet users reached 2.6 million last year, up from 1.8 million in 2010, although almost all were likely on the local intranet through government-run computer clubs, schools and offices. 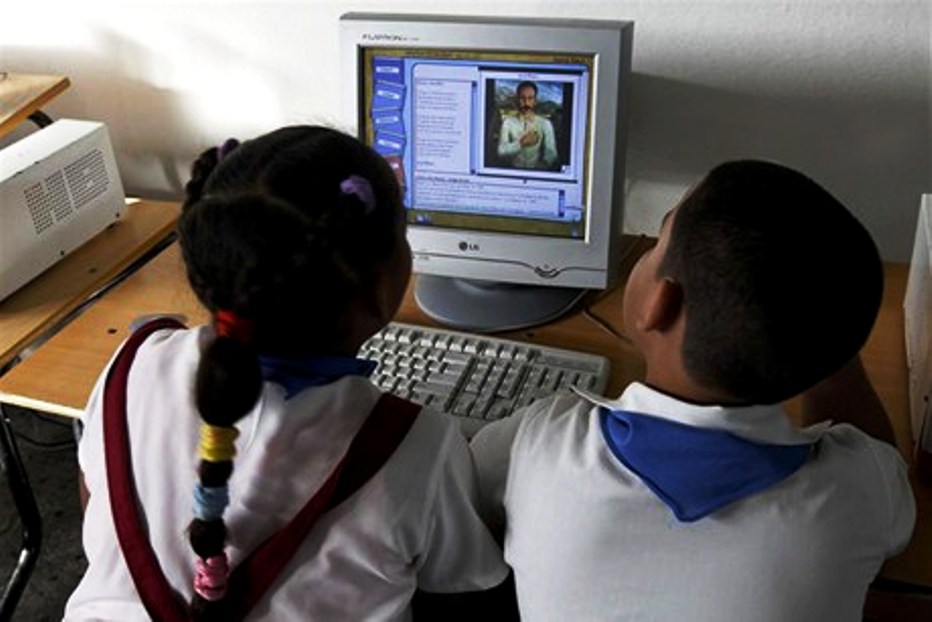 Some of Cuba’s Intranet Users

Cuba reports intranet use as Internet use even though access to the Internet is banned without government permission.

The number of mobile phone users increased to 1.3 million in 2011, up from 1 million in 2010, the government said. Cubans do not have Internet connectivity on their phones. Cuba’s population is 11.2 million people.

Cell phone usage has grown by leaps and bounds since 2008, when the government first allowed all Cubans to buy the phones. That first year there were 330,000 users. Mobile phones are available only in a local dollar-pegged currency and sending even a Twitter message from a mobile phone can cost more than the average daily earnings of many Cubans.

There were 783,000 personal computers in the country, or 70 per 1,000 residents, though around 50 percent of those were in state hands, according to the report available at www.one.cu/ticencifras2011.htm

During a recent tour of Cuba by a Reuters reporter, no Internet users were found, though a few people said they occasionally accessed the Web using black market passwords or hotels.

Cubans who want to leave the country often cite local telecommunications, rated as the worst in Latin America by the United Nations International Telecommunications Union, as one of the reasons.

Officials say that data detailing individual use of Internet and ownership of computers and telephones is misleading and argue the country’s technological priorities are on encouraging social use at government-operated computer clubs and through services that provide professionals access to literature in their fields.

Cuba blames the United States embargo for denying access to underwater cables, saying it must use a satellite system and is limited in the space it can buy. In February 2011, a fiber optic cable was laid fromVenezuelato Cuba to provide download speeds 3,000 times faster than Cuba’s current Internet and capable of handling millions of phone calls simultaneously. To date there is no evidence the cable is operational and the government and state-run media have remained mum on the matter.

Cuba has around a million fixed telephone lines. The country has a total telephone density of just 22.3 percent.

Access to satellite television is also severely restricted. Satellite TV access in Cuba is illegal without special permission from the government and authorities regularly raid neighborhoods and homes in search of satellite dishes.

This entry was posted in Blog and tagged Communications, Freedom of Expression, Information Technology, Internet. Bookmark the permalink.