Following last weekend’s Summit of the Americas in Cartagena, Colombia, Prime Minister Stephen Harper needs to seriously reassess his position on Cuba (which was not officially invited to the inter-American gathering) and re-set the Canadian-Latin American relationship.

Indeed, we can’t on the one hand criticize the U.S. government for a failed Cuba policy (after 50 years of ineffective economic sanctions) and then side with the Americans on excluding Havana from the Americas Summit process. Additionally, we should not forget that Cuba punches well above its weight within the wider region.

Notwithstanding recent comments by former Cuban President Fidel Castro, who castigated Harper for environmental damage caused by Alberta’s oilsands and Canadian mining companies for exploiting struggling communities in many Latin American countries, the Canadian government should seek to strengthen its relationship with Havana. Minister of State for Foreign Affairs (and Consular Services), Diane Ablonczy, has already done some important work in this area. She has properly recognized that there exist huge opportunities where both Canada and Cuba can work constructively together on a wide range of issue areas, including trade, tourism, energy and people-to-people contacts.

The next step is for Foreign Affairs Minister John Baird to undertake an official visit to Havana in the coming months. That, of course, would set the stage for a prime ministerial visit to Cuba — or a visit by a senior-ranking Cuban government official (Raul Castro?) to Ottawa in the near term.

But as former prime minister Jean Chrétien found out during his own April 1998 visit to Cuba, it makes no sense to press the Cubans hard on the human rights front or to attach certain conditions to a continued warming in bilateral relations. Yes, we should raise the issue of democratization and respect for political rights and freedoms, but if we hope to influence them here we should do so in a respectful and non-accusatory manner (and without preconditions).

Canada could also earn some diplomatic credit with its Cuban friends (and build stronger linkages with the Argentines, Brazilians and Mexicans) by pushing U.S. President Barack Obama on an anti-Cuba bill passed by the Florida state legislature in March. Harper should firmly ask Obama if there is any way that this counterproductive bill can be quashed. The offending legislation was sponsored by Miami Republican lawmakers determined to punish the Cubans by restricting state and local governments from signing procurement contracts with any companies that do business with Cuba and Syria. Both countries still remain on the U.S. State Department’s list of state sponsors of terrorism.

The point here is not only to prevent Florida taxpayers from supporting companies that have commercial relations with Havana, but to compel those same companies from operating and investing in Cuba. In a word: it’s about “internationalizing” the U.S. economic embargo against Cuba — which has always been seen in Washington as the key instrument for removing the Castros from power.

Clearly, if this bill is signed into law by Florida Governor Rick Scott, it could have negative repercussions for Canadian companies bidding on contracts in the sunshine state.

But the constitutionality of such a bill is seriously in doubt, since only the federal government (and Congress) in Washington has the legislative competence to conduct foreign policy (and impose sanctions). And it is well-established that state and local governments are constitutionally prohibited from setting policy that conflicts with federal law-making responsibilities. A similar law in Massachusetts — which sought to limit state businesses from dealing with companies inking commercial deals with rights-abusing Burma — was struck down by the U.S. Supreme Court in 2000.

Canada could enhance its position and prestige in the hemisphere by standing up to the Americans on Cuba. Accordingly, it should seek Cuba’s presence at the next Americas summit, should there be one.

While most of what Fidel Castro said in early April can be ignored, he was right about highlighting the constructive engagement approach of former Canadian prime ministers Pierre Trudeau and Jean Chrétien toward Cuba. Indeed, we need to jettison ideologically tinged rhetoric and focus on positive interaction, co-operative dialogue and commercial exchange.

To be sure, one of the keys to Canada opening up the door to wider and deeper relations with the Americas has to involve Cuba. Taking up the question of Cuba’s importance in the region is a good place for Stephen Harper to begin. 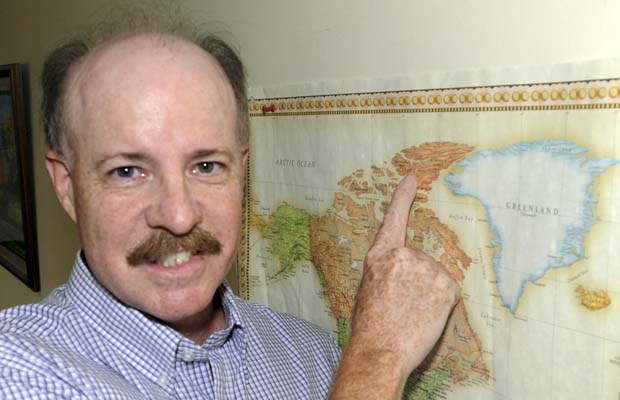 Peter McKenna is professor of political science at the University of Prince Edward Island and the editor of the forthcoming book, Canada Looks South: In Search of an America’s Strategy.

One Response to Peter McKenna: “Canada needs a new approach to Cuba”