From Cuban Affairs Quarterly Electronic Journal; (Re-published here with the permission of the author)

The complete essay is available here: Betancourt Implications for the Current ‘Transition’

From the 1790s to the 1820s most Latin American countries started struggles that led to independence while Cuba remained a colony long afterwards. We will show how unique economic conditions, a transformation in the nature of slavery and the economic and political incentives associated with the Spanish special relation together led to the delay of independence for Cuba. Ironically, we will show how present unique economic conditions, current social cleavages and economic and political incentives associated with the US special relation together raise the probability of a similar delay in a transition to a democratic market economy. Awareness of the existence of these factors may help prevent or at least shorten such delay.

Most Latin American countries became independent from Spain at the beginning of the 19th century. These events were made official through declarations of independence for areas similar but not identical to current geographical arrangements or for larger territories, comprising several current countries that later separated into the countries we know today. These declarations took place between 1804 (Haiti) and 1825 (Bolivia and Uruguay). Cuba, on the other hand, became independent officially in 1902.

In the first section of this essay I will highlight Cuba’s incentives to remain a colony. They arose as the confluence of three factors that affected Cuba differently from other Latin American countries between the 1790s and the 1820s. These factors were unique economic conditions associated with Cuba’s sugar exports, the transformation of slavery during this period associated with the Industrial Revolution, and the evolution of economic and political incentives granted by the Spanish Crown which is associated with the so-called special relation between Cuba and Spain. Subsequently, in Section 2, I will provide a succinct discussion of the immediate implications of remaining a colony after Cuba’s main window of opportunity for independence ends.

One of the ironies of the current situation in Cuba is that it represents a critical historical juncture, just like independence did about 200 years ago, and the factors affecting the evolution of the economy and the political system can also be thought of in terms of incentives, i.e., incentives to remain a nondemocratic ‘mixed’ market economy. These factors also fall into three distinct but related categories: unique economic conditions, social cleavages arising from previous history, and the special relation between Cuba and the United States. The third section of the paper discusses these factors in detail and their implications for the current situation.  While I don’t believe that history is necessarily destiny, one way of avoiding this outcome is to be aware of the lessons offered by historical processes.

Summing up, Cuba is again at a critical historical juncture. In this one the current economic situation is forcing the introduction of significant reforms that improve civil liberties associated with economic activities without much change in political rights. Prospects of an oil bonanza materializing in the next few years, however, lessen the need for further economic reforms and increase the incentives to repress political rights.

Racial differences provide a persistent social cleavage accentuated by a more recent one between the Diaspora and the non-Diaspora. Ironically, blacks are likely to feature prominently in the leadership of a move toward a democratic market economy.  Unfortunately, incentives toward remaining a nondemocratic ‘mixed’ market economy suggest that this path toward ameliorating racial discrimination is unlikely to arise out of the current ‘transition’.  Meanwhile the antagonistic special relation with the US provides a convenient setting for evolving to a nondemocratic ‘mixed’ market economy. Just as it happened 200 years ago, the choices made at this critical juncture are likely to affect outcomes long afterwards. In the current juncture, however, one notable outcome of the joint operation of these three factors is delay in the enjoyment of the political rights and civil liberties associated with democracy by Cuban citizens. 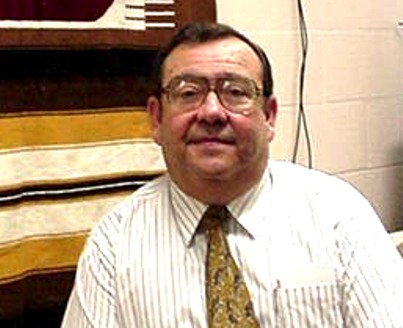 This entry was posted in Blog and tagged Democracy, Economic History, US-Cuba Relations. Bookmark the permalink.