HAVANA Feb 3 (Reuters) – Cuba is opening the door to private management of some state-run cafes and food service outlets in an apparent test of further reforms aimed at keeping the island one of the world’s last communist countries.

The government said food prices rose nearly 20 percent in 2011 in a warning sign that economic change will not be painless.

Spain’s Repsol YPF brought the massive Scarabeo 9 drilling rig into Cuban waters and began drilling what Cuba hopes will be the first of many wells in its untapped offshore oilfields.

In eastern Holguin province, officials said 211 state-owned cafeterias would be leased to employeesin a semi-privatization similar to what has been done nationally with barber shops and beauty salons the past year and recently expanded to other service businesses such as watch repair and carpentry shops. The Holguin program has not been mentioned in national media, but is likely a trial run before it becomes generalized, as was done with the other services.

The government, which wants to slash a million jobs from its payroll and encourage more private initiative, has said it will turn many small businesses, nationalized since the 1960s, over to employee cooperatives. It is encouraging self-employment, with more than 362,000 people now working for themselves. Economy Minister Adel Yzquierdo Rodriguez told the National Assembly in late December that 170,000 state jobs would be cut in 2012 and as many as 240,000 new non-state jobs added. The government’s goal is to have up to 40 percent of the island workforce of 5.2 million in non-state jobs by 2015.

President Raul Castro has made reform of Cuba’s lagging agricultural sector a top priority and the Cuban state, which owns 70 percent of the country’s land, has leased 3.5 million acres (1.4 million hectares) to 150,000 private farmers since he succeeded older brother Fidel Castro as president in February 2008. In some areas, the state has increased the land farmers can lease to 165 acres (67 hectares), extended their leases to 25 years, allowed them to build homes on the land and will let them pass the leases on to family members. Yet food output was up just 2 percent in 2011 and still below 2005 levels.

That, reduced food imports by the cash-strapped government and reforms allowing farmers to sell more of their production for market prices combined to make food prices shoot up in 2011. The National Statistics Office reported that meat prices rose 8.7 percent while produce prices increased 24.1 percent, for an average of 19.8 percent on the year..

At the same time, the average monthly salary inched up only a few percentage points to the equivalent of $19 a month, the government said. The statistics stated what Cubans already knew — their buying power has shrunk under Castro’s reforms.

He also emphasized at a Communist Party conference the importance of an ongoing crackdown on corruption, which already has shuttered three foreign firms and sent executives of some of Cuba’s biggest state-run firms to prison. He said the party would implement term limits for the country’s leaders, but he gave no details.

What to watch: The pace of reforms and their consequences; The development of small businesses; Agricultural production and food prices.

Travel industry experts say tourism has boomed this winter as the Arab Spring scared Europeans away from northern Africa, relaxed U.S. regulations made it easier for Americans to visit the island and Castro’s reforms drew visitors curious to see the effects of changes. They said Cuba needs more hotels to accommodate its growing tourism industry, which is a top hard currency earner for the country.

Cuba is heavily indebted and still recovering from a liquidity crisis that led to a default on payments and freezing of foreign business bank accounts in 2009. Castro told the National Assembly that accounts for foreign suppliers to Cuba had been unfrozen and steps taken to prevent the problem from happening again.

Hopes that reforms would bring more foreign investment have been slow to materialize, but Brazilian company Odebrecht said it would sign a contract to help Cuba improve its troubled sugar industry. One executive said the deal would include ethanol production. Long-awaited golf course developments, aimed at attracting wealthier tourists, remain on hold.

What to watch: Resolution of outstanding short-term debt; Signs of increased interest in foreign investment; Growth of tourism and Cuba’s ability to handle it

The Chinese-built Scarabeo 9 arrived in Cuban waters and at January’s end began drilling the first of three exploration wells in Cuba’s part of the Gulf of Mexico. Spain’s Repsol YPF and its partners plan to drill two of the wells and Malaysia’s Petronas and its partner, Russia’s Gazprom Neft, will drill the other, all this year and with the same rig.

The project has drawn opposition in the U.S. Congress, but, to allay safety concerns, Repsol allowed U.S. experts to inspect the Scarabeo 9 in Trinidad and Tobago. They said it met all international engineering and safety standards.U.S. companies are forbidden from operating in Cuba by the U.S. trade embargo.

Cuba depends on imports from its oil-rich ally Venezuela, but says it may have 20 billion barrels of oil offshore. The U.S. Geological Survey has estimated 5 billion barrels.

What to watch:  Results of Repsol’s exploratory well;  U.S. pressure to stop the drilling.

A planned Papal visit in Marchimproved ties with Brazil, whose President Dilma Rousseff paid an official visit in January,are bright spots even as Cuba faces a more hostile Spanish government elected in November.

A major concern for Cuba is the health of Venezuelan President Hugo Chavez, a loyal ally whose government provides 114,000 barrels of oil a day and investment to Cuba. He underwent chemotherapy in Cuba and has declared himself cancer free, but experts say it is too soon to tell. If he were unable to continue in office, it would be a big blow to Cuba. 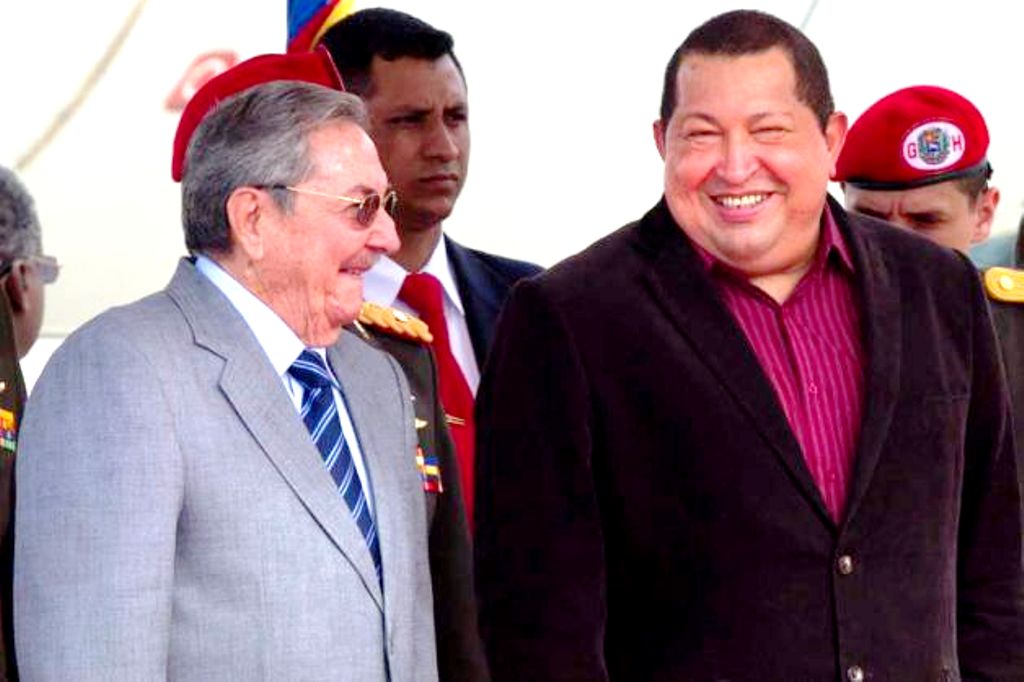 U.S.-Cuba relations, which thawed briefly under President Barack Obama, have been frozen by the imprisonment of U.S. aid contractor Alan Gross.He is serving a 15-year sentence for providing Internet gear to Cuban Jews under a U.S. program promoting Cuban political change. A document reported to be the court’s sentence said Gross knew the political aims of his work and tried to hide it from Cuban authorities despite his claims to the contrary.

This entry was posted in Blog and tagged General Economic Analyses, Politics. Bookmark the permalink.

One Response to Jeff Franks: Key political risks to watch in Cuba