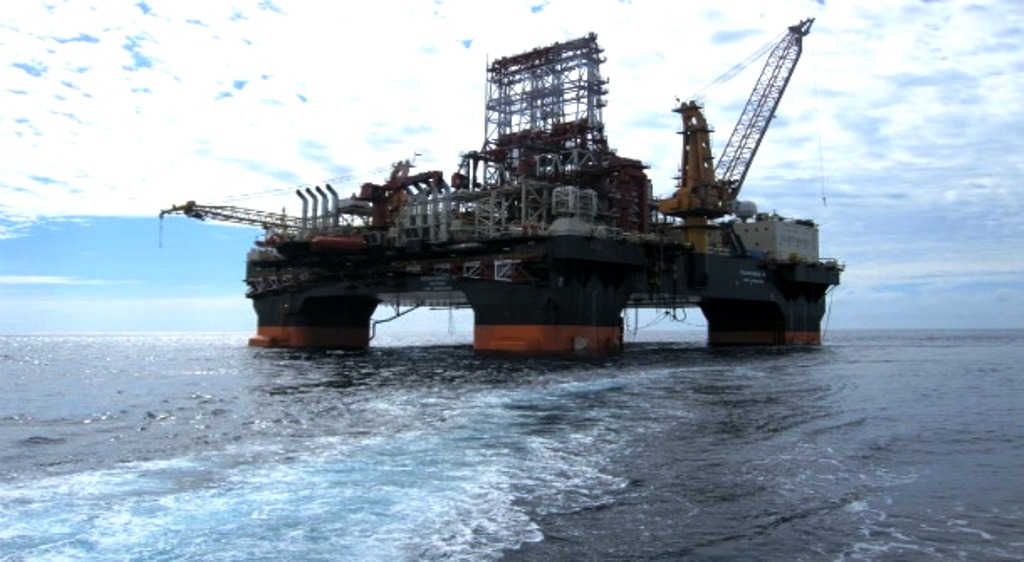 Spanish oil company Repsol YPF has begun drilling the first well in Cuba’s long-awaited exploration of offshore oilfields that the communist country says hold both billions of barrels of oil and the key to greater prosperity, industry sources told Reuters on Thursday.

The massive Scarabeo 9 drilling rig, which arrived in Cuban waters two weeks ago, began drilling into the sea floor about 30 miles northwest of Havana on Tuesday night, the sources said.

A Repsol spokesman said the company could not comment on “operational details.”

The newly built, high-tech rig is operating in 5,600 feet of water, or what the oil industry calls “ultra-deep water,” in the Straits of Florida, which separate Cuba from its longtime ideological foe, the United States.

Sources close to the project said such wells generally take about 60 days to complete.

Repsol, which is operating the rig in a consortium with Norway’s Statoil and ONGC Videsh, a unit of India’s Oil and Natural Gas Corp, has said it will take several months to determine the results of the exploration.

The well is the first of at least three that will be drilled in Cuban waters with the Scarabeo 9, which was built in China and is owned by Saipem, a unit of Italian oil company Eni.

Sources have said that Repsol will drill the first well and then the rig will go to Malaysia’s Petronas in partnership with Russia’s Gazprom Neft and then back to Repsol for the third well.

It is not clear what happens after that, although some sources have said Repsol, which is leasing the Scarabeo 9 from Saipem at a rate said to be more than $500,000 a day, will move the rig to Brazil for exploration there.

Cuba, which is in the midst of reforming its Soviet-style economy, is hoping oil will ease it chronic financial woes and bring energy independence from its socialist ally Venezuela. It receives about 115,000 barrels daily from the oil-rich South American country.

But if oil is found, experts say it could take five years or so to begin production because more drilling will be needed and production infrastructure put in place.

Repsol drilled the only previous offshore well in Cuba in 2004 and said it found oil but that it was not “commercial.”

It has been difficult to find a rig for more drilling because of the 50-year-long U.S. trade embargo against Cuba, which limits the amount of U.S. technology that can be used.

The Scarabeo 9, which is of Norwegian design, has only one piece of American equipment – the blowout preventer, a key part that failed in the 2010 blowout of a BP well in the U.S. Gulf of Mexico.

The BP well, which was in more than 5,000 feet of water and spilled 5 million barrels of oil, stained hundreds of miles of U.S. coastline.

In Florida, 90 miles north of Cuba, the Cuba offshore project has raised fears that a similar accident could damage the state’s beaches and coral reefs.

Drillers in Cuban waters could get within 45 miles of Florida, while in the U.S. gulf no exploration is permitted within 125 miles of the state.

At Repsol’s invitation, a team of U.S. experts inspected the rig in December in Trinidad and Tobago and said it complied with all existing engineering and safety standards.

But the United States, which has no official diplomatic relations with Cuba, has only made safety preparations from afar and has not been otherwise involved in the project.

Countries such as Norway and Brazil have helped lead an international effort to get Cuba ready for oil exploration and the possibility of an oil spill.

The project has gone forward despite opposition in the United States from Cuban exile leaders, who have proposed legislation in the U.S. Congress to try to stop Repsol.

They fear that oil will enrich and assure the survival of the Communist government they have long opposed.

“We need to figure out what we can do to inflict maximum pain, maximum punishment to bleed Repsol of whatever resources they have if there’s a potential for a spill that would affect the U.S. coast,” U.S. Rep. David Rivera from Florida told a congressional subcommittee in Miami on Monday. 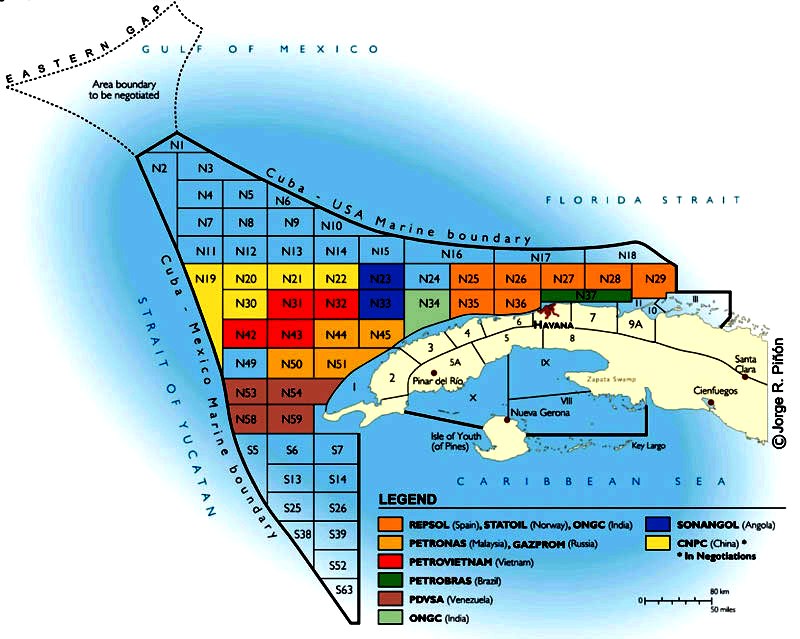